Where to Buy Fresh, Local Food in Rome, Italy

Like most big cities, Rome has its fair share of generic supermarkets and chain stores. But if you’re after a truly local food experience, head to the local neighbourhood markets, independent delis and historic bakeries to taste the real flavour of the Eternal City.
Campo de' Fiori Market
Market

The most central of all of Rome’s fresh, produce markets, Campo de’ Fiori has been hosting its morning market since 1869, when it moved from its previous location in Piazza Navona. Although the increased tourism of recent years has seen some of the local vendors move out to make way for more souvenir-style stalls, it remains a colourful, bustling experience. Head to the more authentic seasonal fruit and vegetable stands in the southeast corner, and don’t miss the wonderful cheese stall. 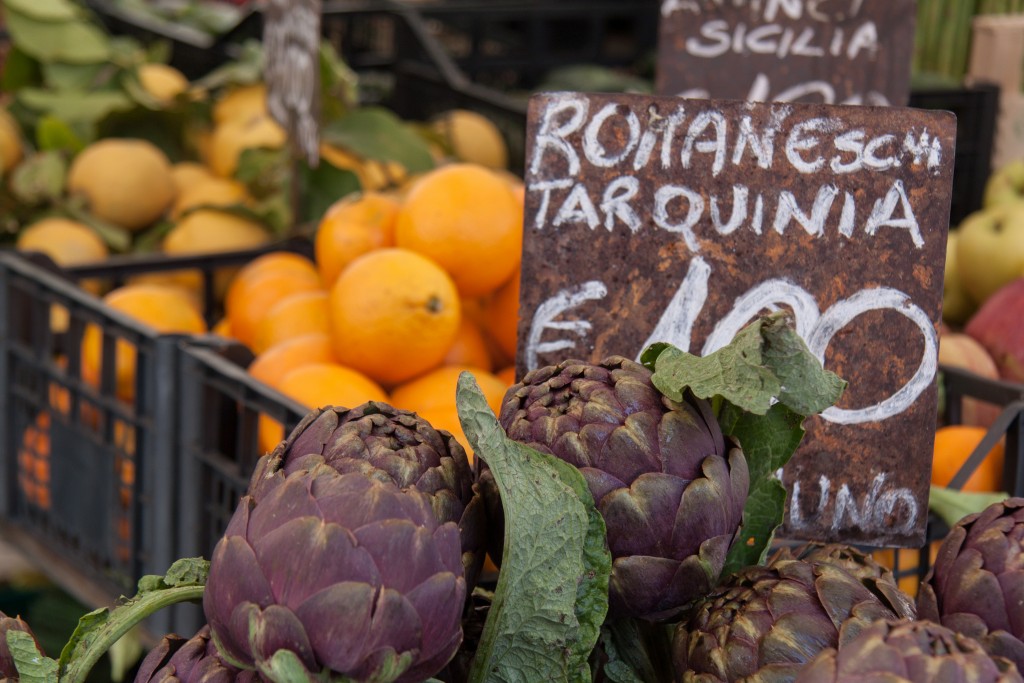 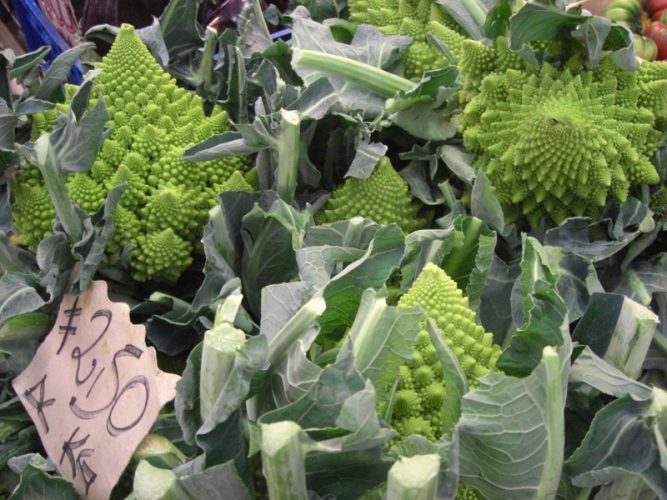 Five years ago the historical market of the southern neighbourhood of Testaccio was given a facelift when it moved to its sparkling new premises. Most of the existing vendors transferred to the new site, but the larger complex also allowed plenty of new businesses to move in, creating a lively atmosphere of old meets new. While the market sells clothing, shoes and homewares, the real focus is on the food, with excellent produce, meat and fish. However, there is also a wide range of streetfood stands selling sandwiches, pizza and fried snacks making it the perfect spot to combine shopping and eating. 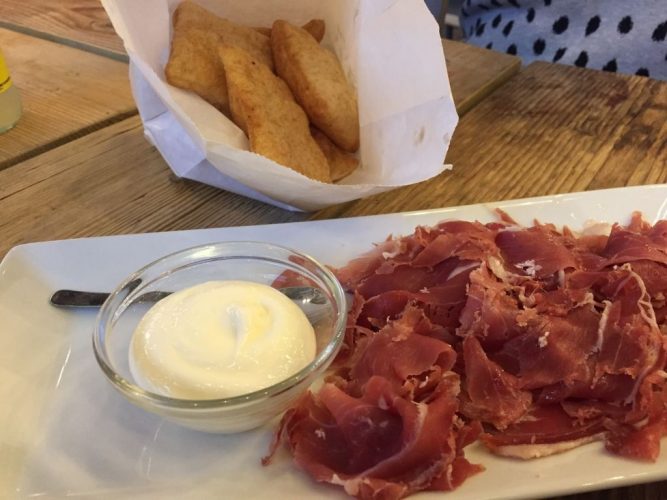 Following a successful model in Florence, Rome’s Mercato Centrale opened to great fanfare in late 2016 in a stunning space in Termini train station and immediately revitalised an area previously known for low-quality dining. Despite the name, it is less of a market and more a food hall, which sees some of the biggest food names in the city come together under one roof. From the famous pizza and bread by Gabriele Bonci, Stefano Callegari’s winning Trapizzino and fresh meat and fish from some of the Rome’s most respected vendors, as well as pizza, wine and desserts and even a fine dining restaurant, the Mercato Centrale showcases some of Rome’s best food in a convenient location. 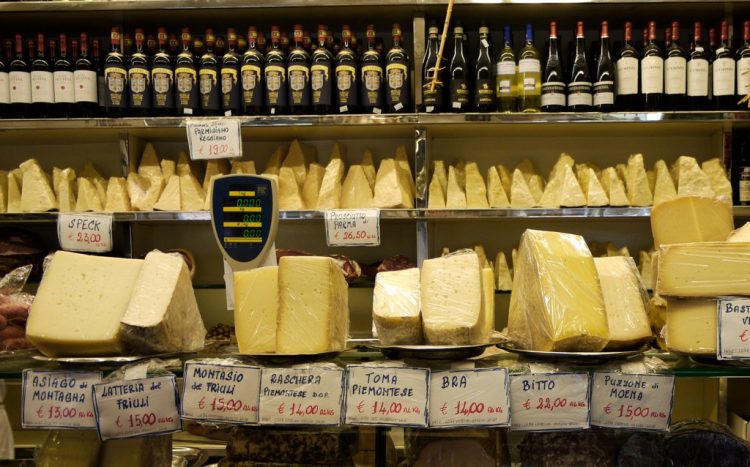 A Trastevere institution, the Antica Caciara has been meeting the neighbourhood’s deli needs since it first opened its doors in 1900. The old-school interior is home to excellent cheeses (in particular the local Pecorino Romano and the fresh ricotta), cured meats, wine and bread, which are all presented with love and enthusiasm by the amiable owner Signor Roberto, one of the stalwarts of the Trastevere community. Stock up on supplies here and head to the nearby Gianicolo hill for a delicious picnic. 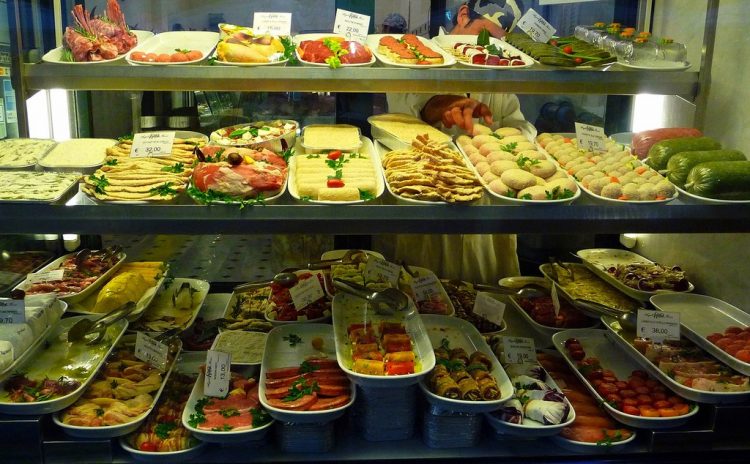 The enticing window of this tiny butcher shop located close to the Pantheon never fails to stop people in their tracks.

The shop’s marble interior has barely changed since it opened in the early 1900s, and while it sells some of the best quality meat in the capital, it is the beautifully displayed pre-prepared dishes which are the main draw. From stuffed zucchini and handmade meatballs to large seasoned joints ready for the oven, the only issue is deciding what to choose. 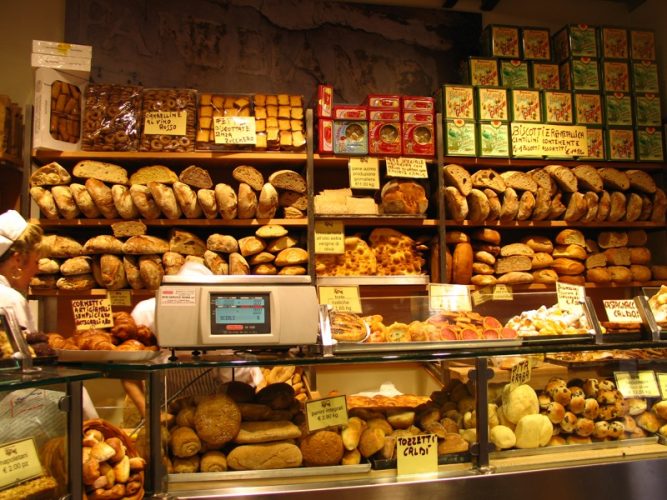 The Roscioli family first opened their bakery on Via dei Chiavari in the early 1800s, and it has passed down the generations, all the while maintaining the quality which first gained them fame. The forno sells a huge range of freshly baked bread, biscuits, pizza and snacks which combine perfectly with the fresh produce picked up at the nearby market in Campo de’ Fiori. The Roscioli empire has expanded in recent years under the expert guidance of brothers Pierluigi and Alessandro, and now also includes a nearby delicatessen/restaurant and a coffee bar selling pastries, both located around the corner on Via dei Giubbonari.

Charlie checks out the selection 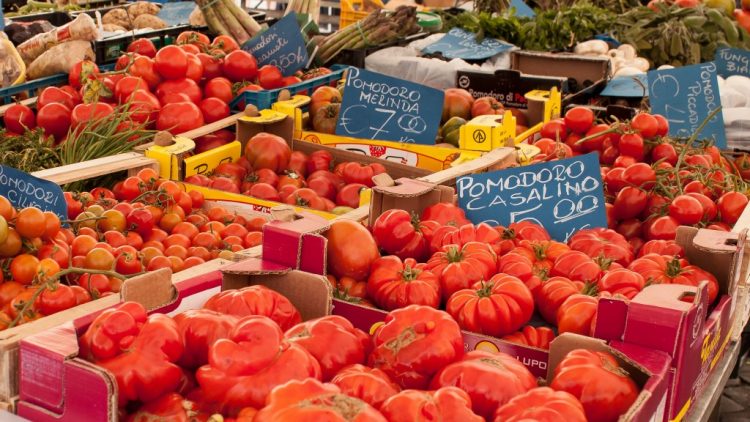 Tomatoes at the market | © blondzilla/Flickr

The Trionfale Market, which is situated in the Prati district of town, a short walk from Vatican City, was given a major revamp in 2009 with a new indoor location and a huge expansion which made it the largest neighbourhood market in the Rome. There is an awe-inspiring range of foodstuffs from the freshest seasonal produce to locally sourced meat, fish and cheese, making it a complete feast for the senses and a dream destination for foodlovers.