When Venice Ruled the World 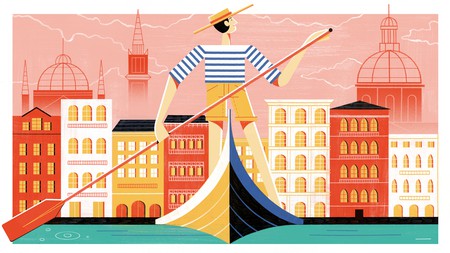 Romantic, beguiling and utterly unique, Venice is an architectural marvel, a tightly packed treasure trove of art, museums and historic palazzos. Today, the city is flooded with tourists as much as by tides, although its streets once swarmed with customs officials, boatmen and merchants who came here to trade all manner of exotic goods. From its humble beginnings as a swampy lagoon, Venice rose to forge a naval empire that would dominate trade in the Mediterranean for centuries; this is how the city came into being.

Most cities don’t have an exact date of establishment, even an apocryphal one, but Venice isn’t most cities. Legend has it that the city was founded at the stroke of noon on Friday, 25 March 421, at the site of the Church of San Giacomo di Rialto. While the city’s true origins remain shrouded in mist, what is known is that it was founded by refugees. When the Goths, Huns and Lombards invaded from the north and sacked Roman towns along the Adriatic coast in the fifth and sixth centuries, the inhabitants fled, seeking shelter on the small muddy islets off the coast. 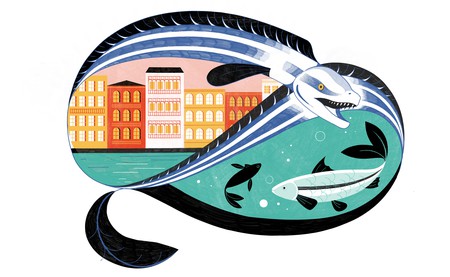 Here, they started their new lives; they built low wooden houses with oak pylons sunk in mud, grew vegetables, kept pigs and cows, and subsisted largely on mullet and eels. Aside from fish and salt, the lagoon produced nothing; everything was imported from the mainland. It may have been a tough life, but the water that isolated them was also their protector.

The islanders learned to build boats and navigate the channels of the lagoon, mastering the tides with unbridled skill. The islands formed a loose confederation that owed political allegiance to Byzantium. However, as Byzantium was losing influence, Venice was rising to take its place. It wasn’t long until the settlers elected their first Doge (chief magistrate) in 762, whose successors would rule over the lagoon for over a millennium.

Facing eastwards and protected by the Alps to the north, Venice became a natural meeting place between East and West, ideally placed to trade with the Muslim world. In her book Venice, the historian and travel writer Jan Morris describes how the Floating City was “half Eastern, half Western, half land, half sea, poised between Rome and Byzantium, between Christianity and Islam, one foot in Europe, the other paddling in the pearls of Asia.” This state of the in-between, of nothing-and-everything, has characterised Venice throughout its history.

By trading with the Levant, Venice had access to a world of exotic goods, which it sold on into northern Italy and Central Europe. Initially, the Venetians bought cloth from Syria and silk from Constantinople, while trading back slaves and timber. New foods and flavours were made readily available, imbuing all aspects of daily Venetian life, from food to religion, with never-before-found fragrances. Almonds, olives, sugar cane, lemons and sesame all made their way here, along with pepper, cinnamon, ivory and pearls from India and Africa via the port of Acre.

The development of Venetian cuisine is testament to Venice’s days as a port and merchant city. Non-native ingredients such as pine nuts, raisins and pomegranates are found in numerous dishes, while fish and seafood from the lagoon feature heavily. Sarde in saor, an ancient speciality of fried sardines served with caramelised onions and vinegar traditionally enjoyed in the city’s bácari, dates back centuries to a time when vinegar and onions were used to preserve fish during lengthy sea voyages. 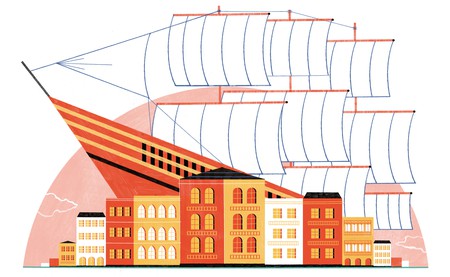 In a bid to acquire new trading ports and protect its own interests, Venice joined the Fourth Crusade, allowing European crusaders to sail from the city using its fleet. For an entire year, all commercial activities in the city ceased as the entire population began preparations for the conflict, with logistics, from shipbuilding to preparing provisions, taking place around the clock in one of the most ambitious seafaring expeditions in history.

Venice captured Constantinople “for Christendom”, becoming a colonial empire and a supreme maritime power virtually overnight. The city took Constantinople’s magnificent spoils of war back home, embellishing the façade of St Mark’s Basilica with marble and Byzantine mosaics – a reminder of its dominance over the fallen Byzantine Empire to which it had been aligned.

Over the next three centuries, Venice would rule the Eastern Mediterranean, reaching its zenith in the 13th and 14th centuries, when it became a veritable city. Stone replaced wood to build houses, intricate palazzos adorned with Islamic motifs were constructed along the Grand Canal, domes with Byzantine features topped St Mark’s, while the Doge’s Palace was built in a display of Venetian Gothic.

The Rialto became the city’s commercial zone, with goods unloaded here once taxed and cleared through customs. Today’s Rialto market, selling lagoon fish and tourist souvenirs, is substantially more humdrum than that of Venice at the time, when the area thronged with merchants trading in fabrics, precious stones, spices and dyes. The area was the site of Venice’s second customs house, where Italy’s goods arrived by barge via Alpine passes or river, to be repackaged and sent off on yet another journey.

Simon Levis Sullam, Associate Professor of Modern History at Università Ca’ Foscari Venezia, explains that, “At the peak of its political and economic power, Venice discovered the pleasures of displaying its wealth by investing in art, building fancy architecture, attracting artists and intellectuals. Its role as a mediator between East and West placed her at the confluence of different influences, between trades, scientific discoveries and cultural exchanges.” Venice was a monument to power and success, a city rising from the waves to rule over the lands. 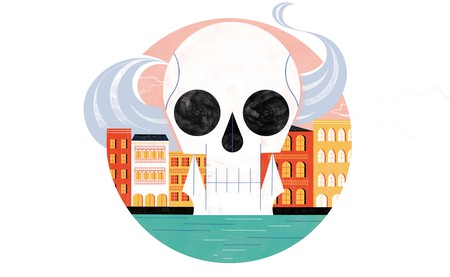 But even an empire can be tested. The city lost Tana – a major port on the Black Sea that was vital for trade with the Far East – while the Black Death raged throughout the lagoon, killing two thirds of the population. Troubles also broke out in strategic colonies in the Eastern Mediterranean, while the power of other empires was increasingly felt, with Padua, Genoa and Hungary aiming to destroy the lagoon. Despite these troubles, Venice struck back thanks to its military supremacy and its inhabitants’ patriotic fervour.

It wasn’t until the late 15th century that its power truly began to wane, when the Turks gained control over access to the Adriatic Sea, and the Portuguese and Genoese – the city’s longstanding enemy – discovered new trade routes that bypassed the Mediterranean. The time of Venice as a global power was coming to an end.

Despite Venice’s dwindling maritime power, centuries of unprecedented prosperity triggered a time of abundance. Venice became a city of display and decadence, of opulence and ostentatiousness. Clothes were particularly prized, with men and women strutting in flamboyant outfits at masked balls during the city’s months-long carnival celebrations. Famed throughout Europe for its courtesans and gambling, Venice became a daring, lascivious destination, a playground for Europe’s high society; Casanova, and his amorous exploits, has become just one of the legends that illustrates the Venetian penchant for hedonism.

By the time Napoleon arrived in 1797, the city-state was a shadow of its former self. Venice could hardly defend herself; her obsolete fleet was barely seaworthy and her army in dire shape. She could do little but surrender. And so it was that Europe’s greatest maritime power that had risen from such humble beginnings came to an end, eventually joining the Kingdom of Italy in 1866.

Though it may have been the end of Venice as a global power, it was far from the end of Venice as a city. Inspiration to artists and visionaries such as Lord Byron and Peggy Guggenheim, beloved of romantics and tourists, Venice has done what it does best – transformed, yet again, to stand against the ravages of time.