What's on in Rome in October 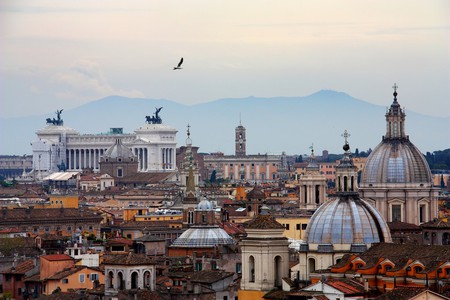 After August’s scorching temperatures and September’s barrage of rainfall, residents of Rome are hoping for an ottobrata romana. The expression describes the temperate, dry weather Rome often experiences in early autumn.

Warm, pleasant days and mild evenings make October one of the best times to explore the city and take advantage of the month’s scheduled events. 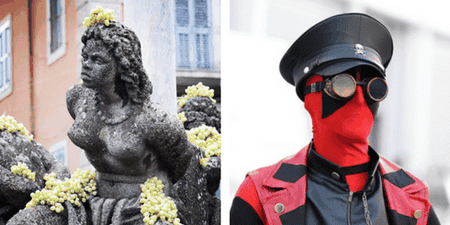 Established in 1986, Romaeuropa is now one of Europe’s top performance art festivals. This year, over 300 international artists perform in events during this three-month-long festival. In addition to theatre, dance, art exhibitions and contemporary music, there’s also more unusual events such as a reimagining of Beethoven’s Symphony No.4 by the Abruzzo Symphony Orchestra, accompanied by Roman high school students and their instrument of choice; smartphones. Check the website for full listings.

Just a short train ride from Rome is the medieval town of Marino, famous in equal measure for its white wine production and for its fountain which, once a year, miraculously flows with that same wine. Head to the historical centre on Sunday to fill up your cup for free at the wine fountain or enjoy the many local food and drink stalls, live music and street performers throughout the long weekend.

A sometimes-surprising passion of Italians is their love of fumetti – aka, comic books and cartoons. They’re not just for youngsters either and more than 200,000 people who visit the Romics comic book fair each year will attest to that. Join the crowds to see exhibitions, stalls of merchandise, previews and interviews with special guests from the world of comics, animation, cinema and gaming.

With traditional yet easy-to-eat foods like supplì, pizza by the slice, and sandwiches stuffed with juicy porchetta making up a much-loved part of Roman cuisine, it’s no wonder the city’s street food scene is thriving. Following the success of previous GNAM! (meaning yum in English) street food festivals in Rome, October sees this delicious event return. Visitors can sample some of Italy and the Med’s most mouth-watering dishes, enjoy local street performers and listen to live music, all within the greenery of the lake in the EUR district of Rome.

Coinciding with the GNAM! street food festival, and just a 20-minute walk away, is the fifth edition of EurHop! Rome Beer Festival. Fifty breweries will be in attendance offering over 350 types of artisanal beer from across Italy and around the world. Daily tickets cost €10 and include a complementary beer glass to fill up during the festival and then take home as a souvenir.

A balmy ottobrata romana evening is the perfect time to enjoy a concert of traditional Roman folk songs. Hear music originating from the streets of the Eternal City sang in original dialect and accompanied by the Italian Popular Orchestra. Also taking to the stage will be singer-songwriter Luca Barbarossa, most famous for his 1988 Eurovision Song Contest entry.

Italy is not short of grand and historic palazzi. Many of these buildings are now museums or galleries but a number are now the premises of banks and financial organisations. Once a year, on the first Saturday of October, these businesses open their doors to the public and give visitors a glimpse of the architectural and artistic treasures within. Expect exquisite furnishings, lavish frescos and perfectly landscaped gardens. Entrance is free, but in some cases you must book a place in advance, check the website for details. 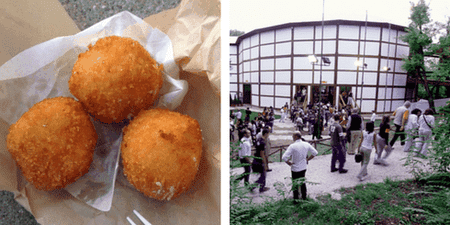 The end of the Shakespeare season

The 2017 drama season comes to an end at the Globe Theatre, located in the grounds of Villa Borghese. A little piece of Elizabethan England in Rome, the circular oak theatre is a reproduction of Shakepeare’s favourite hangout, similar to one which now stands on London’s South Bank. Just like last year, the season ends with Much Ado About Nothing.

The second edition of Rome Art Week returns. Across the city artists, galleries and studios will open their doors to the public to display artworks, present guided tours and host talks, performances and lectures to shine a light on the contemporary art world. Check the website for a schedule of this collaborative and non-profit project. 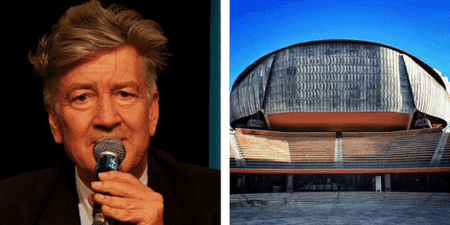 Last year, Outdoor Festival took an ex-military barracks in Rome’s Flaminio district and transformed it from a disused space to a canvas for international artists to create site-specific installations. At this annual event visitors can enjoy unique, large-scale artworks as the setting for an array of entertainment. In previous years Outdoor Festival has also been responsible for street art in the San Lorenzo and Ostiense districts. From cinema, photography, DJ sets and vintage markets, the festival is an eclectic and essential event to add to your October calendar.