What the Fashion Industry Can Learn from Gucci 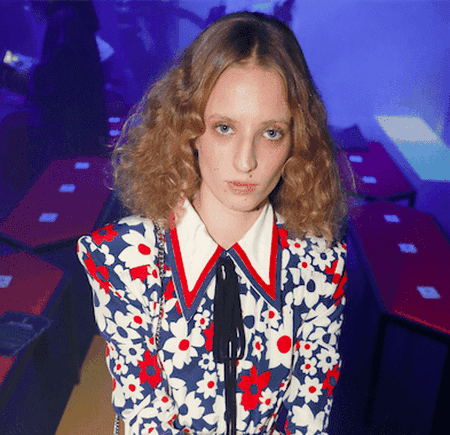 Milan Fashion Week kicks off September 20 with one of the season’s most anticipated shows, Gucci Spring/Summer 2018 by Alessandro Michele. The eccentric designer plays with celestial fantasy and symbols, and teaches the fashion industry how luxury houses can reach millennial shoppers. Here’s a look at his Spring/Summer 2018 collection for Gucci. 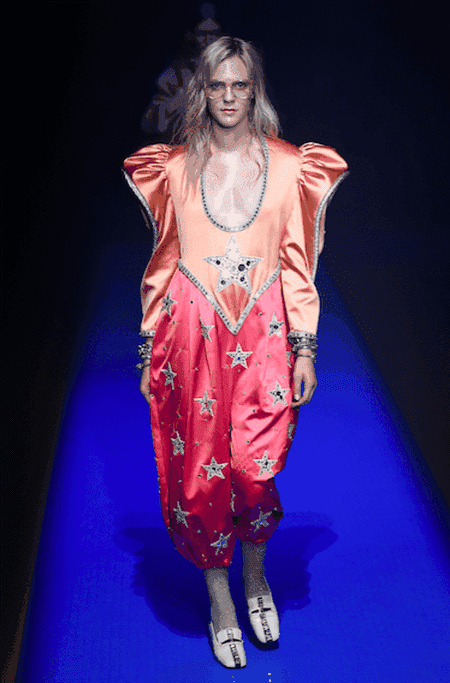 “I’m a gambler,” said Michele shortly before curtain up at his Spring/Summer 2018 show in Milan on Wednesday, according to the Financial Times. Indeed, the designer apprenticed under Tom Ford, who himself revolutionized the brand in the ’90s. Michele worked at the label, leading up accessories for the past 14 years. In 2015, he took over after Gucci fired Frida Giannini as creative director. Michele’s task: to revitalize the brand, which had grown stale. Rather than mimic Ford, who brought sleek, minimalism to Gucci nearly two decades ago, Michele went in the opposite direction.

From Italian Renaissance florals to neo-punk futuristic metallics, and playful embroidered patchwork, Michele’s aesthetic spans centuries and countries. This eclecticism has worked for the brand, teaching the fashion industry that you don’t have to have a singular silhouette to lock down a label’s look. Instead, Michele tapped into a notion that’s trending among millennials: inclusivity.

See the client, not the trends

“Fashion is one of the only languages that likes to keep the old codes,” says Michele, according to Financial Times. “I don’t care about a dress. I care about the person inside it. I’m not very connected to fashion in that sense. My design is inspired by everything else I see in the world.” 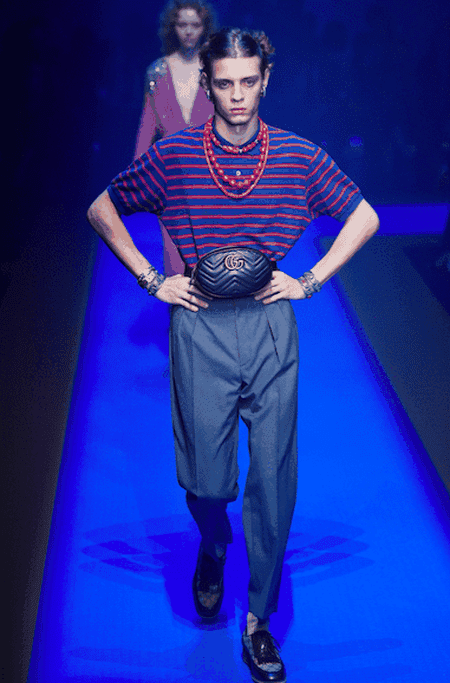 Indeed, Gucci’s travel app, Places, which is slated to launch this fall, reaches clients in an intimate way (on their mobile devices) allowing them to take a sneak peek into the global destinations that have served for Gucci style intrigue throughout the label’s history.

Looking at the Spring/Summer 2018 collection, it’s easy to see how Michele’s clothes are inspired by the years he has spent exploring flea markets, museums, and archives of European cities. 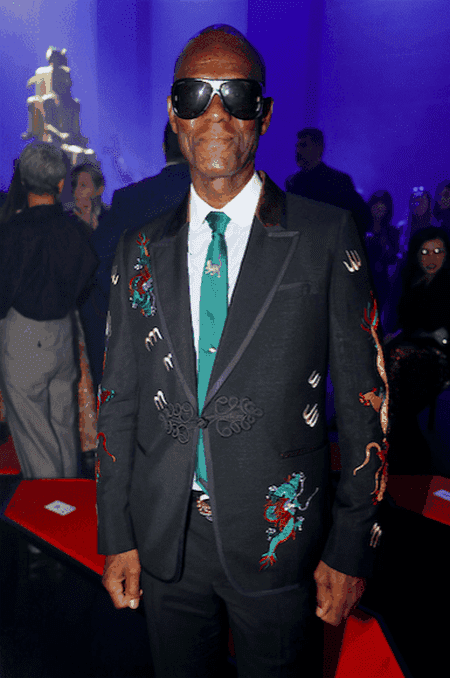 Diversify looks within a collection, to democratize the brand

More than any Kering brand, Gucci has something for everyone. From the classic loafer or doctor’s bag to a sequined bomber jacket and graphic T-shirt, Michele has created a diversified look for Gucci. This move has brought youthful millennial spirit (not to mention millennial money. According to Financial Times, since Michele took over, Gucci showed a revenue growth of 51.4 percent, much of that coming from younger clientele) to keep the brand relevant.