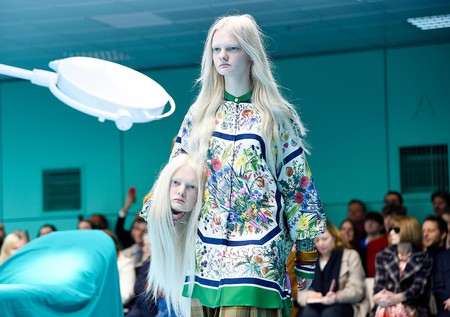 Leave it to Alessandro Michele to stun the fashion world with an unforgettable spectacle at Milan Fashion Week. From 3D-rendered dragons to models carrying replicas of their own severed heads and a fawn walking the runway, Gucci’s AW18 show is sparking controversy. But what is the significance of it all? Here, some of fashion’s elite opine on the meaning of the Gucci AW18 runway show. 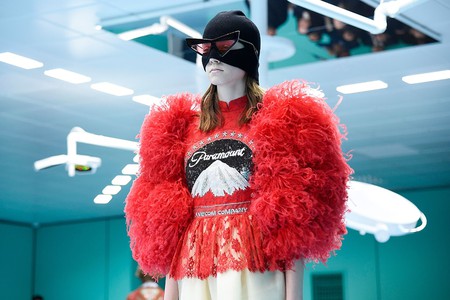 “I’m more like a medieval guy. I prefer to use my imagination than a car or a plane,” says Michele in a recent interview with AnOther Magazine. He continues, “Our hearts and brains were capable of creating things that didn’t exist, from nowhere. Fashion is about an illusion.”

Michele’s medieval reference might explain the 3D-rendered dragon, pictured below. The designer’s Instagram also hints at the inspiration of the show, with a post of this medieval painting depicting a young girl about to be beheaded—most likely for being “different.”

Indeed, medieval dragons are worlds away from modern life, then again, some themes of persecution for “being different” resounds in places like Trump’s America. The designer captioned the above Instagram post “PUNK.”

Back in Milan, here are some of the fashion world’s thoughts on the fantastical Gucci runway show. 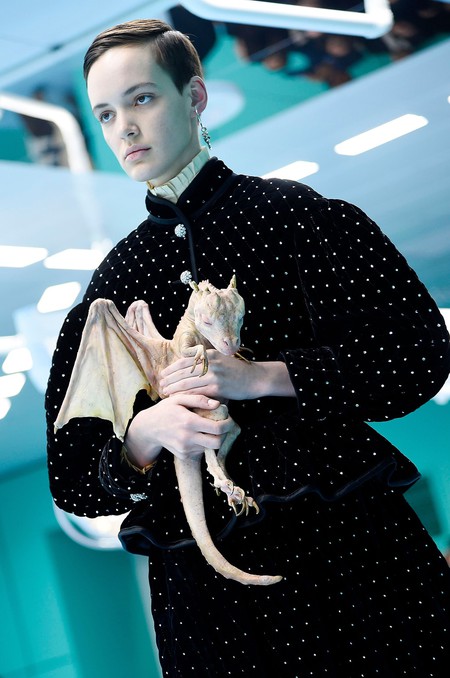 The Cut’s Stella Bugbee noted that the above dragon at Gucci caused some “confusion.”

Current emotional state: needing to be coddled like the Gucci dragon. pic.twitter.com/QNRocvR9ko

Carry your extra head in your hand @gucci #MFW pic.twitter.com/qmse7IpTcZ

gucci carrying severed heads down the runway is fashionable, sure. but they definitely stole that idea from kathy griffin

The severed heads, as well as the fawn and dragon, were created with the help of Makinarium, a “factory of techno-artisans who produce bespoke special and visual effects,” according to Vogue. While a replica of your severed head might be fashion’s newest accessory, you will have to wait at least six months. According to the Gucci Hub, each replica required head scans, 3D-rendering, and molds.

The House of Gucci tweeted an explanation for the theatrical runway presentation. “The concept of the operating room reflects the work of a designer—the act of cutting, splicing and reconstructing materials and fabrics to create a new personality and identity with them.”

Presenting the Gucci Fall Winter 2018 show space. The concept of the operating room reflects the work of a designer—the act of cutting, splicing and reconstructing materials and fabrics to create a new personality and identity with them. Watch the show live through link in bio. pic.twitter.com/xG0U2EeMcm