What Are The Seven Hills Of Rome?

View of Rome from the Capitoline Hill | © Livia Hengel

It is common to hear references of the famed Seven Hills of Rome throughout the city’s history because they are so intertwined with Rome’s foundation, the original delineation of the city limits and its consolidation of power over time. Nowadays the hills more closely resemble land ridges than proper mounts because constructions and developments over the centuries have made some of them difficult to identify. Read on to learn some background about what makes each hill unique and their current relevance to Rome. 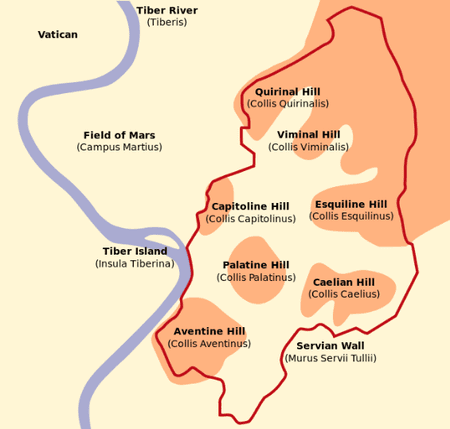 The Seven Hills of Rome | © WikiCommons/Renata3

The most famous hill, Palatine Hill, is the location where the city of Rome is thought to have been founded. According to Roman mythology, Romulus and Remus were abandoned in the Tiber River and were saved thanks to a she-wolf who suckled them to life; they were then rescued and raised by a shepherd and his wife. Born natural leaders, they vied over where to establish the Roman Empire and Romulus eventually killed Remus, laying the foundation for the city on Palatine Hill. Excavations show that people have lived in the area since the 10th century BC and during the city’s Classical period, Roman emperors and elites lived upon this hill. Emperors Augustus, Tiberius and Domitian all had palaces built on Palatine Hill, most likely in an effort to appeal to historic foundations for their leadership. There are many important ruins to see including ancient imperial palaces, a hippodrome/stadium and landscaped gardens.

Another significant hill for the identity of Rome is the Capitoline Hill, which overlooks the Roman Forum and today hosts Rome’s city hall. Used as a citadel by the earliest Romans, the word capitol probably meant ‘dominant height’ and has since been adopted by the English language. The Temple of Jupiter, the largest and most important ancient Roman temple, was located on this hill and was similar to the Parthenon. In the 16th century, the hill was famously landscaped by Michelangelo to include concentric designs on its pavement and a grand cordonata ramp staircase. Interestingly, this faces Vatican City rather than the Roman Forum, which lies behind it, possibly symbolizing a forward-looking gaze toward the future rather than the city’s ancient past. The Capitoline Museums, comprising the world’s first public museum, are housed in two buildings in the square and contain important ancient bronzes, marble statues and Renaissance works of art. 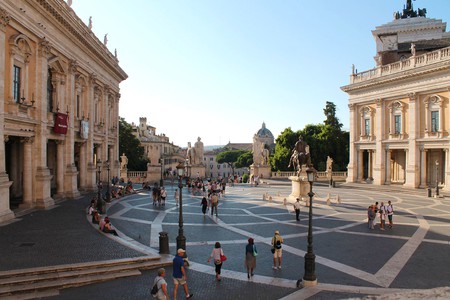 Like the Palatine Hill, the Aventine Hill plays an important role in Rome’s founding myth. According to legend, when Romulus and Remus were vying for power, Romulus chose to set up his empire on the Palatine Hill while Remus opted for the Aventine Hill. Romulus ended up killing Remus but the Aventine Hill continued to be a desirable location for powerful rulers and orders through the centuries because of its strategic and easily fortifiable position overlooking the Tiber River. Today it is known for being an affluent residential area and for housing the Priory of the Knights of Malta with its famous keyhole; the property traces its history back to Alberic II, a nobleman who ruled Rome from 932 to 954. Near the Priory lies the charming beloved Giardino degli Aranci, Orange Garden. 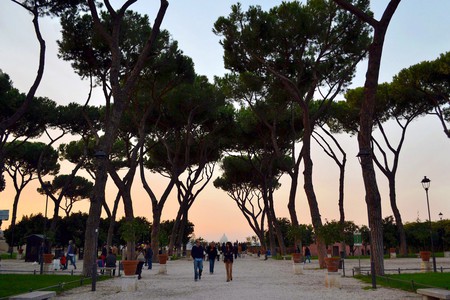 Close to the Colosseum, the Caelian Hill was the residential district of Rome’s wealthy families during the Republic era. Evidence of elaborately decorated villas has been discovered beneath the nearby Baths of Caracalla ruins, helping to shed light on the development of this area. There are many notable churches in the area, including the three-tiered Basilica di San Clemente, the round Santo Stefano Rotondo and the perched Basilica dei Santi Quattro Coronati. The ancient Roman road Clivus Scauri is visible, highlighted with arches that likely functioned as aqueducts that carried water into the city. The Villa Celimontana gardens are also some of the loveliest in the city. 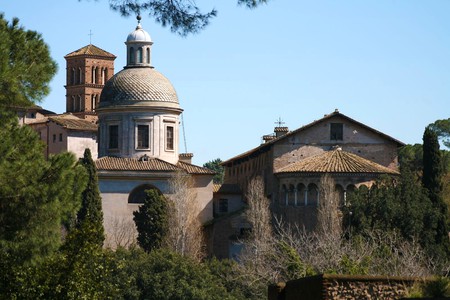 Historically, the Esquiline Hill was famous for being the location of Emperor Nero’s Domus Aurea, Golden House, the grandest villa built in Roman civilization which spanned to the Palatine Hill and the Caelian Hill. Excavations are currently taking place but visitors are able to admire its elaborate stucco ceilings, frescoes and incredibly ample dimensions on weekend visits of the worksite. Today the Esquiline Hill is topped with the beautiful Santa Maria Maggiore, one of the four papal basilicas of Rome, and the largest church dedicated to the Virgin Mary in Rome. 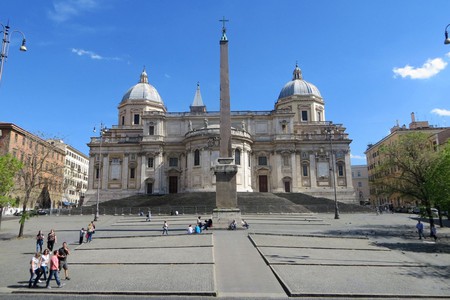 The highest of the Seven Hills, Quirinal Hill is the seat of the President of the Italian Republic who lives within the Palazzo del Quirinale. It is one of the largest palaces in the world and was originally a residence of the Pope: indeed, it has housed many important figures over the centuries, including 30 Popes, four Kings of Italy and 12 presidents of the Italian Republic. In the vicinity are many important baroque monuments and churches, including Sant’Andrea al Quirinale designed by Bernini, San Carlo alle Quattro Fontane designed by Borromini and the Quattro Fontane, a junction of fountains depicting river gods. 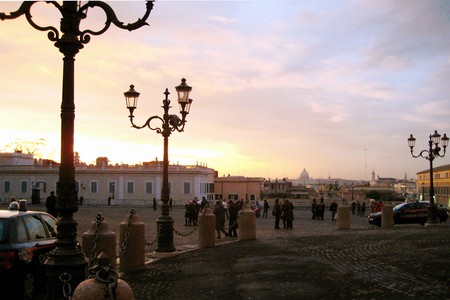 Sandwiched in between the Esquiline and Quirinal Hills, the Viminal Hill is the smallest of the Great Hills of Rome. It is notable for being the location of Rome’s Termini Train Station, the Teatro dell’Opera and houses two of four National Museums of Rome: Palazzo Massimo, with beautiful frescoes from the House of Livia and the bronze statue of the Boxer at Rest, and the ruins of the Baths of Diocletian which were originally the largest baths in ancient Rome. 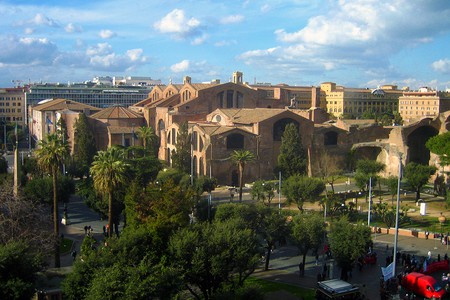 Viminale Hill | © Flickr/antmoose
Give us feedback