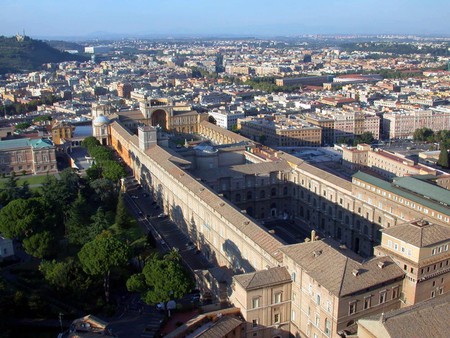 The Palace of The Vatican | © F. Bucher/WikiCommons

Known during his life to be one of the brightest minds, Leonardo da Vinci worked for some of the most powerful men in Europe. Although he moved around as his patrons changed, Leonardo enjoyed a life of luxury. He lived in many prime locations including royal castles, papal apartments, and was even gifted a vineyard. We take a look at both common and unknown destinations to bring the life of Leonardo to light.

Leonardo started his extraordinary life in a small home in Tuscany. Leonardo di ser Piero da Vinci was born April 15, 1452 in Anchiano, Italy. Yes his surname means ‘from Vinci’ but don’t worry, it is still sort of true — the town of Anchiano is on the outskirts of Vinci in Tuscany. He was an illegitimate child of Piero da Vinci and a peasant woman, Caterina, and Leonardo was born in a humble home that can still be visited today. The house contains copies of his work, and a short biographical film. The beautiful town of Vinci also has many Leonardo-related sites including the Museo Leonardiano with copies of his models and inventions, a contemporary horse statue based on an original concept by Leonardo in Piazza della Libertà, and the church of Santa Croce, thought to be the site of Leonardo’s baptism. 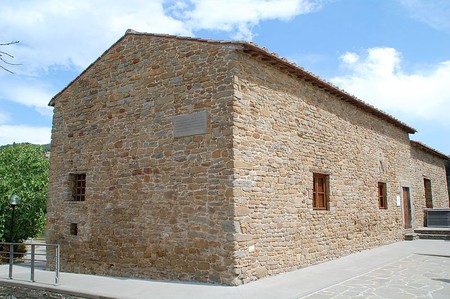 In 1482, Leonardo moved to Milan to be a court painter for the Duke of Milan, Ludovico Sforza. He lived in the enormous Sforza Castle during his 16 year stay here. Leonardo created many of his masterpieces whilst working for the Duke, such as the Madonna of the Rocks, Lady with an Ermine and The Last Supper fresco. He also worked in other fields during this time, including town planning, engineering, planning festivals, and creating his Trattato della pittura or Treatise on painting. As a token of his appreciation, the Duke gifted Leonardo a small vineyard, in 1498, across the street from the church where Leonardo painted The Last Supper.

Visitors can tour the Sforza Castle with artistic highlights including original frescoes by Leonardo in the Sala delle Asse and the unfinished Pietà Rondanini by Michelangelo. Next, visit the site of Leonardo’s world-famous fresco, The Last Supper in Santa Maria delle Grazie. Afterwards, walk across the street to see La Vigna di Leonardo that has been meticulously recreated with vines genetically identified to be the same as ones grown by Leonardo, set inside the grounds of the beautiful Atellani House. 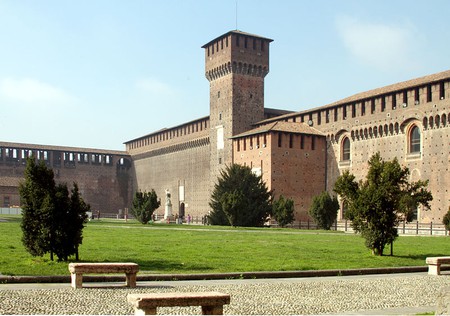 In 1513, Leonardo moved to Rome to work for cardinal Giuliano de’ Medici. Giuliano’s brother was none other than the most powerful man in Christendom, Pope Leo X. Leonardo was invited to stay in Giuliano’s apartments at the Vatican. During his time in Rome he worked as a military engineer on behalf of the Pope and is known to have painted his last major painting here, St. John the Baptist. Although only certain rooms are open to the public today, you can still imagine Leonardo walking the halls at a time when the younger Raphael and Michelangelo were working on their papal commissions.

The Vatican Museums is an experience that includes awe-inspiring architecture and some of the most iconic pieces of classical art, and was home to many Renaissance artists besides Leonardo like Michelangelo and Raphael. After the overwhelming amount of art in the Vatican, balance your trip by visiting the Museo Leonardo da Vinci. Its small collection doesn’t take itself too seriously and includes interactive exhibitions allowing visitors to experience Leonardo’s genius. 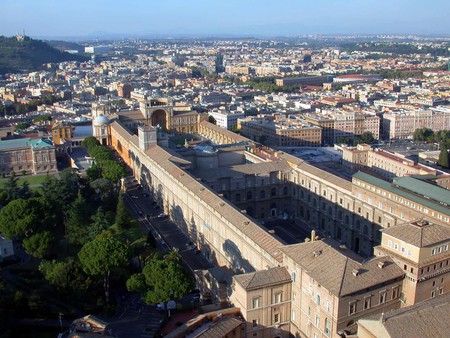 The Palace of The Vatican | © F. Bucher/WikiCommons

At the end of his life, Leonardo moved to the Loire Valley in France to become the court painter to King Francis I. He was given a manor house, Clos Lucé, which was a short distance from the Château d’Amboise. Leonardo worked on his interests in anatomy, engineering and science. He died in Clos Lucé on 2 May 1519 at the age of 67, and is buried in St. Hubert Chapel in Château d’Amboise.

Only an hour from Paris, Amboise is a picturesque medieval town perfect for a day trip. As the most personal residence of Leonardo, Château du Clos Lucé is a gem of a museum. Visit Leonardo’s former home with beautiful sprawling gardens and displays of his inventions in a special exhibition space. Journey onward to the Château d’Amboise to see Leonardo’s final resting place in the St. Hubert Chapel and tour the beautiful castle where he would visit King Francis I. Be sure to buy the ticket from the Amboise tourist office for both Clos Lucé and Château d’Amboise to explore all the haunts of Leonardo. 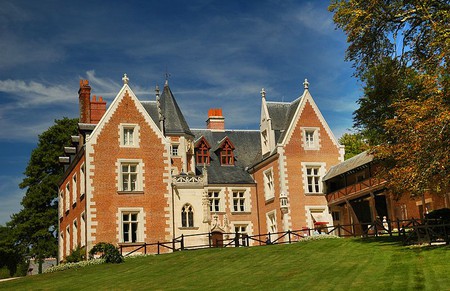