Vineyard in Oltrepò Pavese | © Villa I Due Padroni B&B

The Oltrepò Pavese wine region is one of Italy’s best-kept secrets – many connoisseurs don’t even know about it. Located only 50 miles south of Milan, the area produces huge quantities of the pinot nero grape. The Oltrepò is often neglected by tourists and wine lovers in favor of locations such as Tuscany and, as a result, is quiet, beautiful and authentic.

The origins of Oltrepò Pavese

The name Oltrepò Pavese derives from the region’s position on ‘the other side’ (the south) of the Po, a river that dominates the large plain between the Alps and the Apennines of Northern Italy. A little to the north of the Po lies the small historical city of Pavia (hence pavese) and bit further north still is the world-famous capital of finance, fashion and design, Milan. Where Pavia and Milan lie in the plain, however, the Oltrepò is characterized by hills and mountains, making it ideal for the cultivation of grapes. 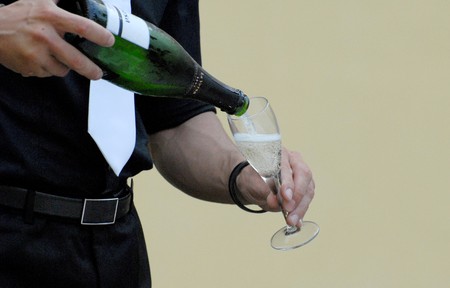 It was Count Augusto Giorgi di Vistarino who concluded 150 years ago that the mild climate and the calcareous clay of the Oltrepò would be ideal for the pinot nero (also known as pinot noir) grape, as cultivated in Burgundy, France. The count decided to import the plant, leading to the first spumante (sparkling wine) of the Oltrepò in 1865.

Nowadays, the Vistarino family still produces some of the best spumante in the region, with Ottavia Giorgi di Vistarino at the head of the firm – one of several female wine producers in the area. Over the year, the company has been joined by many other (predominately small-scale) producers. The Metodo Classico Oltrepò Pavese, as it is officially called, is one of the DOCG (denominazione di origine controllata e garantita) wines of Italy – the highest degree of quality achievable. 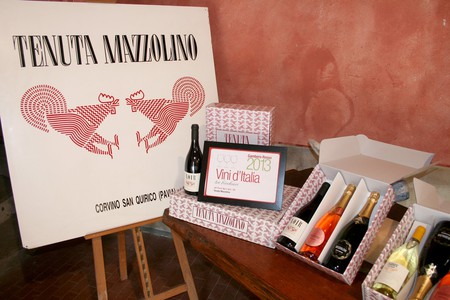 More varieties of quality wine | © Villa I Due Padroni B&B

In the last 150 years the Oltrepò has grown to become one of the largest wine-producing areas of Italy. Although the spumante is still the area’s flagship, many other types of wine are offered as well. Pinot nero-based reds, whites and rosé wines, the barbera reds, and riesling whites are all produced here, as well as the sweet dessert wine, moscato.

Another drink particular to the area is the slightly sparkling bonarda red wine, not a sweet wine like the Lambrusco, but young and fruity. This wine, made from the croatina grape, started as a farmers’ table wine but has gradually grown into a very enjoyable red wine. The Bonarda dell’Oltrepo Pavese actually received its DOC (denominazione di origine controllato, the second highest degree) status only last year. 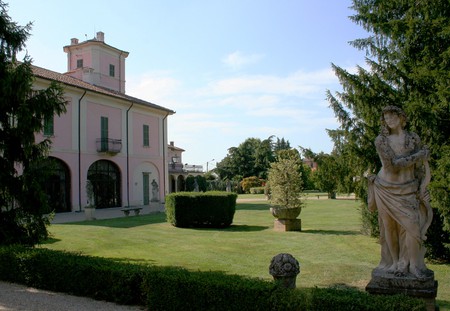 The Oltrepò is a gem still to be discovered by wine enthusiasts from all over the world. As local wine farmers can easily sell their product to the Milanese market (both in bottles and sfuso, which means “from the tap”), they have never made any serious attempt to export to other Italian regions or abroad.

However, approximately 10 or 15 years ago, a new generation of wine farmers discovered the region’s possibilities and have begun the process of introducing their wines to foreign markets. The number of small-scale, quality wineries now reaches into the hundreds, and visiting the magnificent historical buildings with ancient cellars is always an experience to remember. 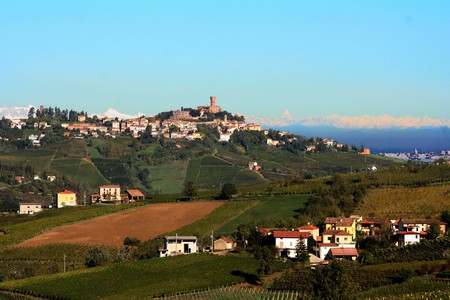 As the Oltrepò has remained unknown, tourism has not yet developed, offering a truly authentic glimpse of Italian culture. The people are friendly and the food is simple, using regional ingredients. With rolling hills, castles, medieval villages and monasteries, spectacular panoramic views, and small winding roads, there is lots to explore. For anyone interested in discovering a truly unknown part of Italy, the Oltrepò is a perfect spot.

The historic winery of the Count of Vistarino is open for guided tours and visits from March 2018. For some award-winning red pinot nero, visit the Tenuta Mazzolino, which specialises in this wine.

If you can’t choose between white, red and spumante, explore Tenuta Travaglino on a guided tour. Their tasting tours are available year round. And regular Sunday tasting events at Cantina Storica Il Montù are not to be missed, as they offer the chance to try several varieties of spumante.

To ensure you get an English-speaking tour, book well in advance. Do not expect to pay much, if at all, for a guided visit. Just be sure to buy a few bottles afterwards as a courteous gesture (and a delicious souvenir to take home).