EUROPE
/
ITALY
/
VENICE
/
Things to Do

Venice in the 18th century conjures a world of carnivals and masked figures, but aristocratic visitors flooded there for another reason: an opportunity to see the latest novelty, the relatively new art form of opera. Venice was a major operatic center, with numerous opera houses presenting the latest music. The city pioneered another novelty too: the idea that going to a theatre might not be a private affair (done by invitation), but anyone who could rent a box could go. Modern day Venice has a number of theaters surviving from the 18th century, but also some intriguing traces of lost ones too. A trip round them provides evocative traces of a lost, elegant way of life.

Most visitors to Venice will at some point come across the opera theatre Teatro Fenice, a historical gem in its own right. Many might explore further, going on one of the tours that the theatre offers. But if you head south from the Teatro Fenice down the Calle Vesta, across the Calle Larga XXII Marzo, you will find yourself in a little Venetian cul-de sac, the Calle del Teatro San Moise. Plaques on the wall relate to the Teatro San Moisè, with performances of one of Rossini’s early operas and as a demonstration by the Lumière brothers of the first moving films. There is not much to see now, the theatre closed in 1818 and had an after-life as a puppet theatre before being converted to flats. But it had a distinguished history. 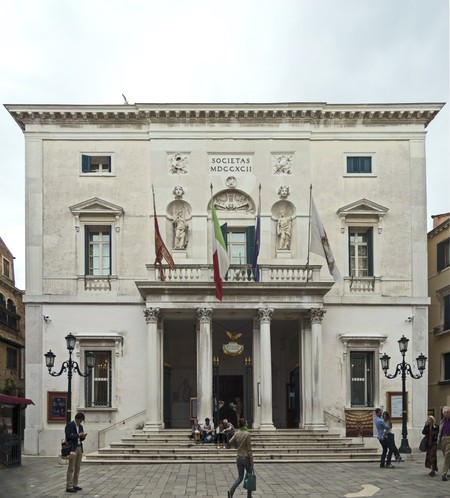 The Teatro San Moisè was never large (800 seats at its peak) but it was influential. The theatre opened in 1640 with L’Arianna by the notable composer Claudio Monteverdi, the first performance of one of Monteverdi’s operas at a commercial opera house in Venice and the elderly maestro (who was director of music at St Mark’s Basilica in Venice) was persuaded back into the theatre and later in 1640 his new opera Il ritorno di Ulisse premiered there.

Teatro San Moise was at the cutting edge of a new trend in Venice, the commercial opera house. The first commercial opera house in Venice had opened just a few years before in 1637. This was the Teatro San Cassiano which was located in the Campo San Cassiano just west of the Rialto Bridge. The theatre doesn’t exist any more (it was demolished in the early 19th century) but the campo still contains the 17th-century church of San Cassiano with its Tintoretto paintings. Of course the Teatro San Cassiano wasn’t the first place in Venice to put on opera, but it was the first place to enable members of the public to enter for payment. 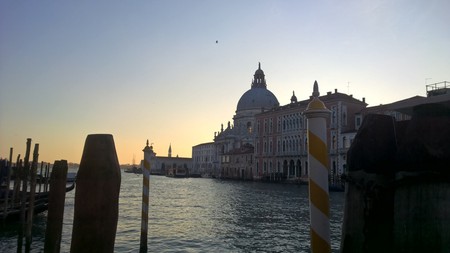 16th- and 17th-century Venice was one of the richest cities in the world, trading throughout the Orient and with an important navy. The ruler of Venice, the Doge, was elected by members of the city’s patrician families, so the atmosphere in aristocratic circles was highly competitive with much public display including theatrical events. By the beginning of the 17th century traditional overseas trading was starting to decline and aristocrats looked for other outlets, such as the recently invented art-form of opera (the first operas were performed in Florence in the late 16th century). But instead a private aristocratic entertainment, the theatre would be run by an impresario who would charge people entry with families usually taking a box for the season. Such theatre was not a year-long round activity, it was part of the entertainment during Carnival (which by the 18th century was limited to about three months from December 26). 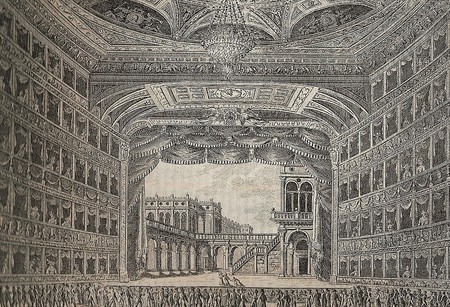 At one point there were six opera houses running in Venice, all competing for the patronage of the aristocratic visitors. But most theaters burned down at some point during their history, because the interiors of theaters were rich in flammable materials and the lighting was totally reliant on naked flames. By the early 19th century the number of theaters declined and many closed. But there are still some which can be visited as theaters, rather than evocative sites.

Teatro La Fenice is Venice’s leading opera house and the lovely theatre was built originally in 1792. It is where many operas by Rossini, Donizetti, Bellini and Verdi were premiered including Verdi’s La Traviata. More recently in the 20th century the theatre premiered Stravinsky’s The Rake’s Progress and Britten’s Turn of the Screw. Always prone to fire (there was one in 1836), the theatre burned in 1996 destroying everything but the outer walls. The restored theatre opened in 2003 and is well worth a visit. 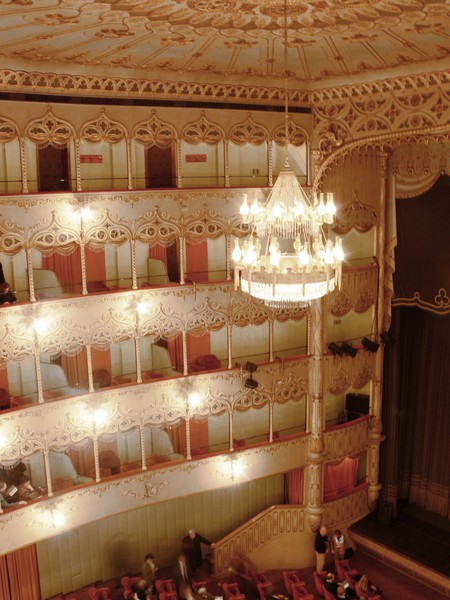 The Teatro Goldoni dates from 1720; built as the Teatro Vendramin by the Vendramin family, the theatre remained in family hands until 1957. Today the theatre is home to a theatre company Teatro Stabile del Veneto as well as putting on musical and operatic events. 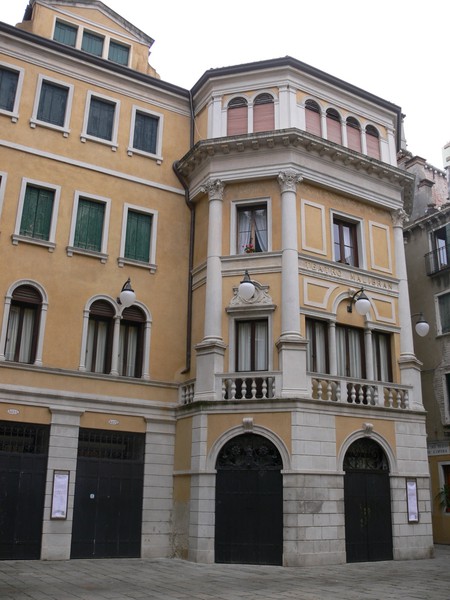 The third theatre is the Teatro Malibran; built in 1678 as the Teatro San Giovanni Grisostomo it went through various vicissitudes including closure, but was restored in the 19th century and renamed for the great Spanish mezzo-soprano Maria Malibran. In the 20th century the theatre was bought by the municipality of Venice and restored, becoming an alternative home for the opera company from La Fenice.

Apart from Teatro La Fenice, few of Venice’s theatres are known but the city has a remarkable and rich theatrical and operatic history. The surviving traces are well worth seeking out and form a fascinating commentary on the history of the city.