Venice's Jewish Ghetto Is A Vibrant Site Of Jewish History 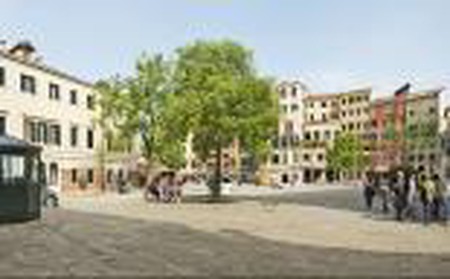 The world’s oldest Ghetto dates back to the 16th century and can still be visited in Venice today. Jews have been travelling to Italy since the 13th century, and the relationship between the two has been turbulent and testing. Nevertheless, the Jewish Ghetto in Venice remains an integral component to the city. 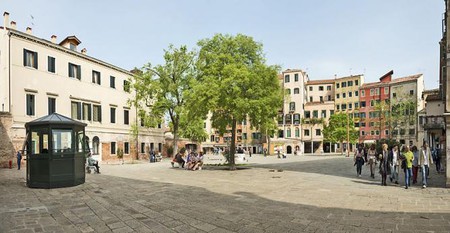 Documentation states that Jewish people had been travelling and working in Venice since the 10th century, but were not allowed to settle in the city until 1385 when Venice found itself in a war against Chioggia. The Venetian council, needing money to fund the war, turned to Jewish money-lenders for loans.

The Venetian council implemented a special Jewish tax, whilst restricting them to certain jobs such as running pawn shops, lending money, practicing medicine and trading textiles. As a result of this, Jews played an invaluable part in Venice’s economy. In 1516 the Venetian council ordered the first ghetto, a small, enclosed area of the city where the Jewish people were forced to live. During nights, the ghetto was locked and patrolled, ensuring the Jewish population were separated from the rest of the city. In the day, they were allowed out of the ghetto and had to wear yellow patches, followed by yellow berets, to distinguish them from other Venetian citizens.

Italian, Spanish, German and Portuguese Jews were all confined to the ghetto, which produced a vibrant and interconnected community of Jewish faith. As a result of this mix, different groups constructed five synagogues, some in converted attics which still exist today. 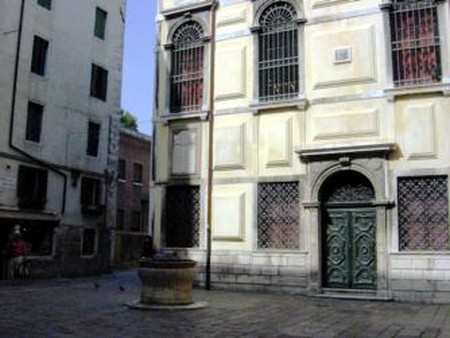 The Levantine Jews built their synagogue in 1538, which remains one of the most impressive in the city. Adorned with intricate wood carvings in the ceilings and pulpit, it is recognised as a popular tourist attraction. The Sinagoga Tedesca, built in 1528, is also an integral trace of Jewish history and is known to be the oldest synagogue in Venice.

The fate of the Jews changed when Napoleon threw open the gates in 1797. The Jewish community only then began to be recognised as equal members of the Venetian community, and the concept of the ghetto was removed completely. The ghetto as an architectural, historical and religious pocket of Venice still remains, however. Compared to the 4,000 Jews that lived in the ghetto in 1650, the number today seems very small, with over 500 people involved in the community and only a fraction of these actually living there. Mussolini‘s laws of 1938 devastatingly saw the majority of Jews in Venice sent to concentration camps, with just a minority returning.

Considering this strong sense of Jewish community, along with historical pride, it is no surprise the Jewish Museum is a vital organ to the body of the Jewish Ghetto. Founded in 1953 by the Jewish Community of Venice, the museum is an archive for the past and a vehicle for present expressions. Its narrative helps visitors to understand the relationship between Venice and its Jewish population, charting its history through objects, artefacts and documents which illustrate the struggles and prejudices they encountered. However, instead of dwelling on the past, the community uses it as a catalyst for progression. Its involvement with art and culture sees the museum holding regular art exhibitions by Jewish artists exploring various aspects of the faith. Dipping into past and contemporary Jewish culture, the museum attracts almost 70,000 visitors a year, making this hub of activity a significant part of Venice. 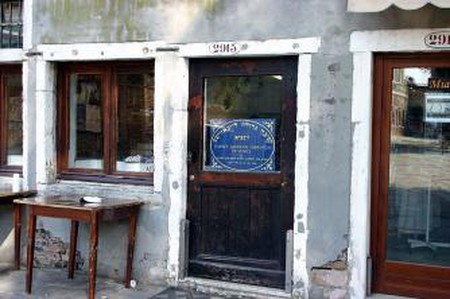 The art, culture and history of the Jewish Ghetto in Venice is celebrated worldwide, most recently in an exhibition held in The Museum of Fine Arts, Houston titled Lost Treasure of the Jewish Ghetto of Venice. The exhibition focused on the objects of Jewish faith that were hidden in a Venetian synagogue during the Nazi invasion of 1943. Having been discovered more than 60 years later, they help form the narrative of Venetian Jews throughout history.

Art and culture has always been rife within this small area, as major intellectual figures have emerged over the centuries. The writer and poet Sarra Copia Sulam was particularly influential and came into literary prominence during the 16th and 17th centuries. As a Jew and woman she is especially celebrated for articulating the hardships she fell victim to during that era. Nevertheless, she was known for inviting both Jews and Christians to her literary salons held in her home in the Venetian Jewish Ghetto.

William Shakespeare likewise pays tribute to the complex history of the Jewish Ghetto in his The Merchant of Venice. The play captures the activity and social relationships of the city through characters like Shylock, the Jewish moneylender. Antonio’s reflections on Shylock give insight into the religious dynamics of Venice at that time.

Currently the Jewish Ghetto is a trace of history, a site of memory and a place for progression. Jewish Venetians have kept its unique identity alive with community and religious initiatives, showcasing faith through contemporary art as well as historical architectural and artefacts. For more information about exhibitions taking place at the Jewish Museum please click here.