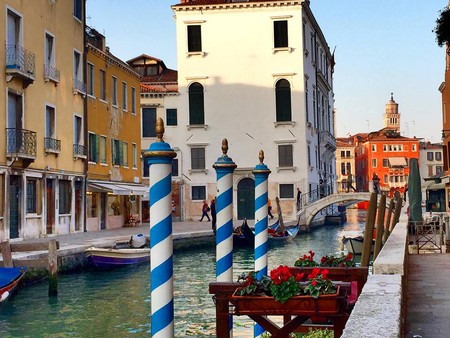 Millions of tourists are anticipated to crowd the narrow canals of Venice this summer. In response, the popular Italian city is launching a social media awareness campaign to remind travelers to respect their destination.

Venice tourism chief, Paola Mar, announced that Venice will be starting a #EnjoyRespectVenezia campaign to remind travelers that certain behaviors will not be tolerated, and may even incur fines. According to Refinery 29, Venice has seen its fair share of obnoxious travelers who drunkenly swim in the canals or jump off the many bridges that dot the city.

“The message we have to get through is that we’re not joking,” Mar told a local newspaper La Nuova. “If it gets about that people who do this kind of thing are fined, as well as it being flagged to their respective embassies, perhaps we’ll be able to stop others from copying them.” 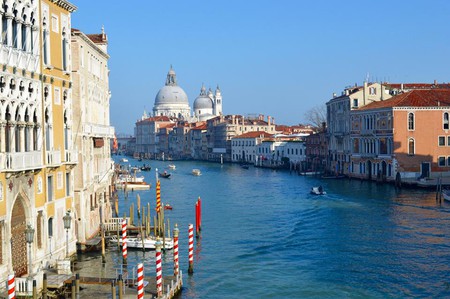 Fed up with disrespectful visitor antics, local Venetians have previously put up posters around the city that read “Tourists, Go Away! You Are Destroying This Area!” These anonymous posters—written in English— were plastered around the city, imploring tourists to stop crowding Venice.

“The number of visitors each day–60,000–now exceeds the number of Venetians,” reports The Telegraph. “Around 22 million tourists visit Venice each year, annoying the dwindling number of locals by crowding narrow alleyways, barging onto crowded vaporetto water buses with backpacks and wandering around during the summer in bikini tops and shorts.” 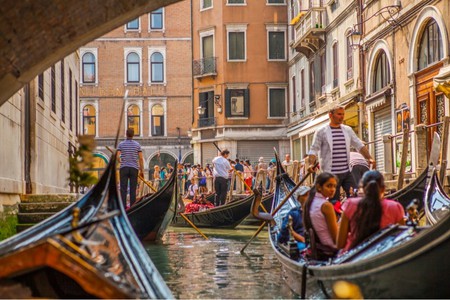 The new #EnjoyRespectVenezia campaign will be promoted across social media, launched in 10 different languages, and will aim to curb travelers’ rambunctious behavior while visiting Venice this summer.