Explore the Val Trebbia region of Italy, a remote and beautiful area which remains somewhat unspoiled by tourism and offers the culturally curious traveler a vast array of attractions. 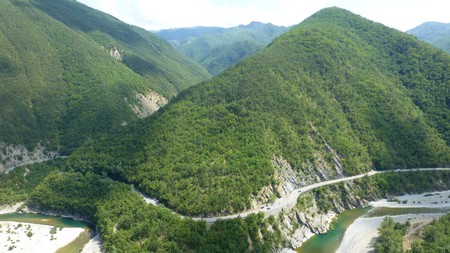 At the crossing of the regions of Liguria and Emilia Romagna, in northern Italy, lies one of the country’s most forgotten and enchanted valleys. The beautiful river Trebbia runs at the feet of luxurious green mountains carving out canyons in the shape of a turquoise snake, tempting travelers with a promise of coolness in hot summer days. Every summer the river, among the cleanest in Italy, attracts hundreds of city-dwellers from the nearby provinces of Milan, Genoa, Pavia and Piacenza in search of a weekend immersed in the wild beauty of untouched nature. Travelling on an August day along the winding Route 45, the road connecting Genoa to Piacenza which provided the inspiration for the famous poem Statale 45 of Tuscan-born poet Giorgio Caproni, allows one to understand that the charm of Val Trebbia is growing year after year. While cars, Vespas and motorbikes are parked along both sides of the tiny road, weekenders don’t hesitate to hike down rocky side paths to answer the call of the river. Val Trebbia is one of those corners of Italy that can still offer an unspoiled experience of the country, where mass-tourism has not yet colonized tiny villages or historical towns and where time seems to stand still. 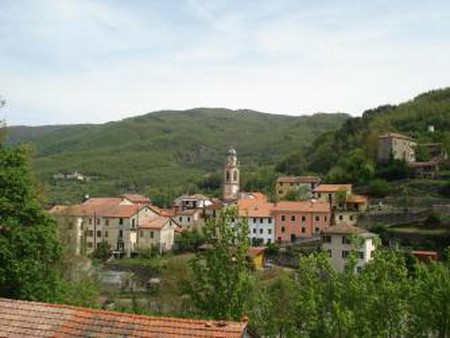 The peculiar geography of the valley, between the seaside landscape of Liguria and the mountains of the Ligurian Apennine, is a further reason why it has so far been absent from the list of Italy’s trendiest holiday resorts. The remoteness and wildness of the valley are at the core of the love-hate relationship most people have to face when living or spending their holidays there; the beauty and purity of the woods, with their pine and chestnut trees, the challenging trekking routes leading to the top of solitary mountains with a view over the green valley and river canyons below, are some of the features appealing to romantic spirits in search of solitude and room for reflection. Yet these same elements become unbearable for the young, metropolitan population which borrows the valley during the summer season. Film director Marco Bellocchio, native of Bobbio in the heart of Val Trebbia, explored this clash of feelings in his 1965 movie Fists in the Pocket and recently portrayed his home town again in his 2010 movie Sorelle Mai.

Culture and art lovers can visit haunted castles, silent medieval abbeys and a hunchback Roman bridge in towns such as Rivalta and Bobbio. The latter has recently found a new wave of popularity thanks to the studies of Italian scholar Carla Glori, who identified Bobbio’s Ponte Gobbo as the bridge in the background of the famous Mona Lisa painting by Leonardo da Vinci. Glori’s thesis, will be published in the book La Gioconda. In memoria di Biancain early 2012, thus giving die-hard Dan Brown fans enough time to organize a visit to the ‘pearl of Val Trebbia’.

Contrary to the image of the warm-hearted stereotypical Italian, the locals may appear rather diffident towards strangers at first, especially on the Ligurian side of the valley where neighbours from the village next door already fall in the “foreigner” category. But underneath the surface lies story tellers ready to unveil the tales of an almost forgotten age when the villages of Rovegno, Casanova, Loco, Gorreto, Ottone and Foppiano were bursting with people during all seasons. In those days everyone knew each other and buses full of children from Genoa and the Ligurian coast headed towards La Colonia di Rovegno, a holiday resort built by Mussolini in 1933. In summer the building could accommodate up to 500 children and was later used as a base for the local partisans and later a prison camp as of spring 1944. Unfortunately the site offers a very sad spectacle nowadays: due to repeated acts of vandalism and complete disinterest from the local authorities, the complex assumed a spooky and ghostly outlook that perfectly echoes the memories of the German soldiers murdered in the surrounding woods after the 1945 Armistice. Film director and actor Fabrizio Lo Presti depicted the reality of the partisan resistance in Val Trebbia through the life experience of Giorgio Caproni in his 2006 production Statale 45. Io, Giorgio Caproni, an experimental movie where cinema, documentary and theatrical performance meet.

As the tourism industry has not yet deployed its full potential in Val Trebbia, accommodation may be hard to find on the internet; local hotels and pensions are usually family-run and are often accompanied by rustic restaurants (the popular trattorie) serving home-made dishes and seasonal products, above all the much-loved and expensive porcini mushrooms, whose harvesting unleashes a real ‘mushroom-fever’ every summer, just as with chestnuts during the autumn season. 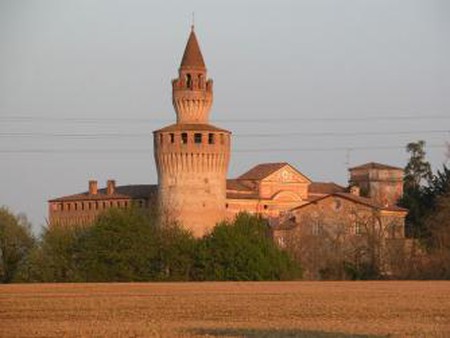 The most famous visitor crossing the valley is said to have been Ernest Hemingway, who defined it as ‘the most beautiful valley in the world’. Although it is yet disputed that the American author actually traveled through the valley, his alleged quote has already become the trademark of Val Trebbia and rightly so. In fact modern travelers cannot help but fall in love with one of the last of Italy’s enchanted valleys, a pearl waiting to be discovered by the rest of the world or, at least, by those looking for an authentic and unspoiled paradise lost.