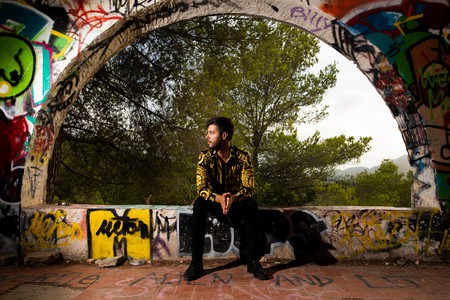 Mattia Vitale from the band Meduza | © Listen Up

Chart-topping Italian electronic group Meduza are known for their visually captivating videos as well as their catchy music. Featuring a number of different locations around the world, their promos suggest an appetite for travel, and when we spoke to Mattia Vitale from the band we found out more about some of Meduza’s favourite destinations to visit. 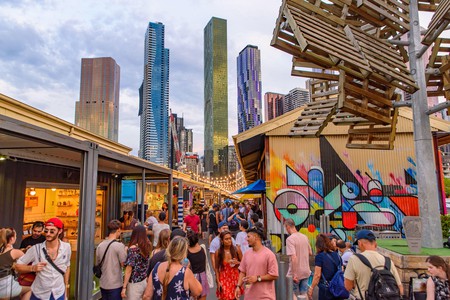 “It’s an immense garden city light years away from the hustle and bustle of the Western world. The parks are huge and beautifully maintained, full of wild flora and fauna. The great Yarra River divides the city in two and there are cycle paths along its banks. It’s like living in a multi-ethnic city where no one feels like the owner of the place, but all citizens of the world: it is a multicultural wonder full of energy and life through art, music, cafes, restaurants, bars, theatres, etc.

“In Melbourne, you never get bored: it’s open-minded, positive and forward thinking. I have travelled to many cities around the world and Melbourne is in my top three places. The only sore point are sharks [as recent tragic events highlight] – if you want to swim in the ocean waters, choose only the protected beaches.” 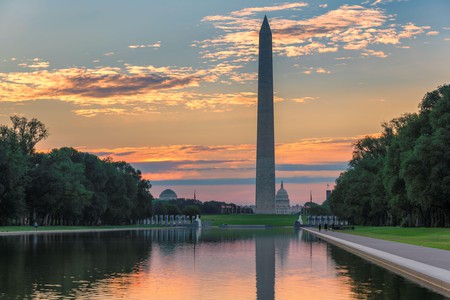 “The White House, the Capitol, the Lincoln and Jefferson Memorials, the FBI, the Pentagon: it’s all here in Washington. Although when you see them, you’d likely have déjà vu since you’ll certainly remember them in numerous films. A single day from morning to evening can be enough to have a quick but comprehensive tour of the US capital: in Washington much of what there is to see is gathered around the National Mall, an immense rectangular park at the ends of which are the Capitol and Lincoln Memorial. The capital of the United States is a treasure that no one should overlook in their lifetime.” 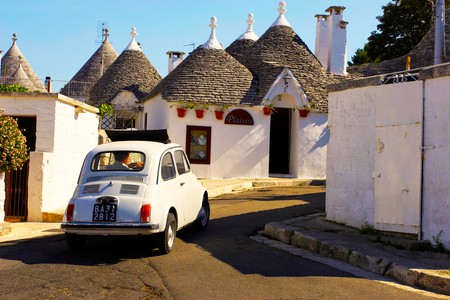 “The region of Puglia is a treasure trove of art, history and nature. It’s the land of sun and hospitality, located in the heel of Italy – in the heart of the Mediterranean. Centuries of history and enchanting landscapes are some of the wonders that make this place unique, for a journey in which to live unforgettable experiences.

“Both the cities and the smaller towns are home to countless medieval castles, cathedrals, the trulli of Alberobello [a Unesco World Heritage Site] and historic farms. All places of great beauty that still tell the passage of man from prehistory to the modern age, containing precious evidence of history and culture, as well as finds of inestimable value.

“The coast of Puglia is also full of enchanting inlets and breathtakingly emerald-coloured seabeds.”

If you want to take a trip to the stunning coasts of southern Italy, then join us on our next excursion to the country and travel from the Amalfi Coast to Puglia. 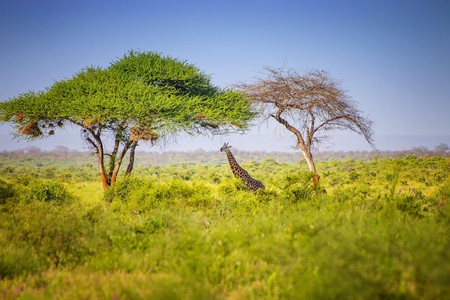 “A country I was lucky enough to visit where nature still reigns supreme over man. It has magnificent landscapes and animals – it’s a sight to behold when visiting and the real Kenya begins outside the all-inclusive tourist village. The safari in the savannah is one of those things to do at least once in a lifetime.”

Take a safari to Kenya with Culture Trip and experience Masaai culture in person. 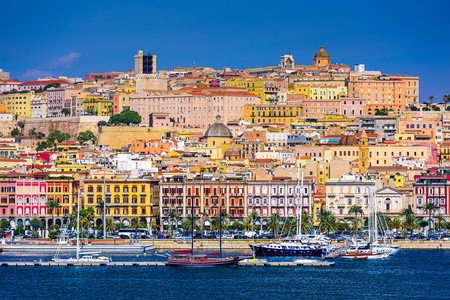 “A paradise island, Sardinia is just a one hour flight from Milan where there’s crystal clear sea and wild countryside alternating together. To travel far and wide, from north to south, from east to west, from the most VIP places to the pristine areas of the Sardinian Hinterland – it’s always a surprise. The food and the locals make this Italian island even more fantastic.” 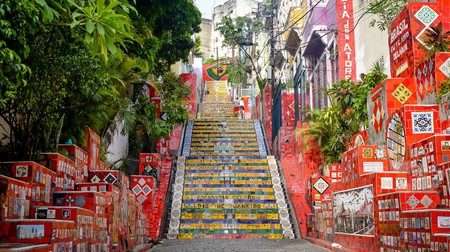 “One of the top cities that impressed me most in the world – certainly one of the most beautiful and fascinating in the world. A city that shows an infinity of contrasts, but that leaves an indelible mark and a lot of melancholy when you leave.” 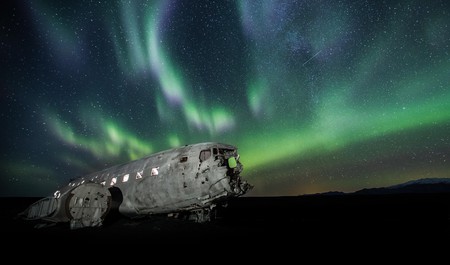 “One of the most beautiful experiences of my life; we were in Iceland for four days to shoot a live streaming show exactly at the Sólheimasandur Plane Wreck.

“We shot it all during sunrise. I remember the completely surreal landscape, with these huge expanses of black stones. It was a retreated former glacier and it seemed to be astronauts on the moon or on Mars. Then all of a sudden, beyond the mountain on the horizon, the sun appears – it is as if by magic the whole sky is coloured with an intense orange. It was one of the most beautiful things I have ever witnessed.

“Join Culture Trip’s next trip to Iceland’s Frozen Wilderness and experience the glaciers and epic landscapes seen in Meduza’s show.” 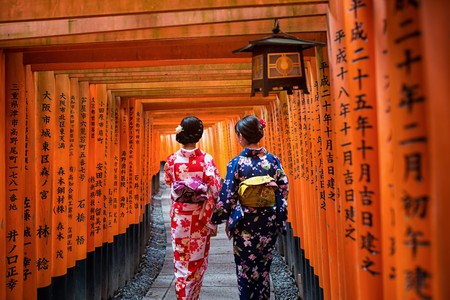 “We toured Japan for three weeks and had time to visit some of the magical places that fill this nation. In the south of Fushimi Inari, located in Kyoto, is the most important Shinto shrine in Japan. The most magical and fascinating place is the tunnel built with thousands of bright red torii gates, which from the temple leads into the forest and up to the top of Mount Inari. Truly magical.” 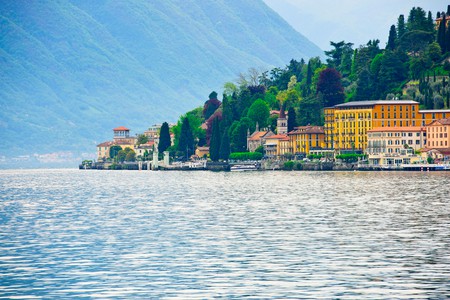 “I grew up artistically and musically in this city. I started my career as a DJ in the clubs of the city. It is half a tourist town and a city of art, then the lake adds that extra magic that makes this place one of the most beautiful in Italy.

“A small anecdote was that one of the Star Wars movies was shot on one of the lake’s islands. It’s known for the gothic cathedral, the panoramic funicular and the pedestrian path alongside the lake, but one of my favourite parts is that of the gardens overlooking the lake of Villa Olmo and other elegant villas.” 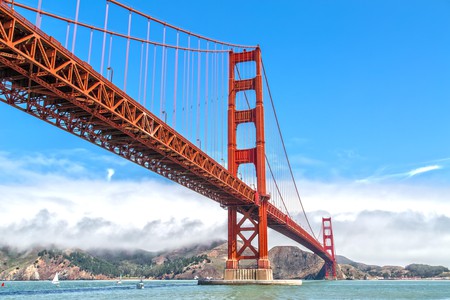 “The best memory but at the same time, also a bad memory. When I visited San Francisco it was Thanksgiving Day and I remember we climbed the hill at the end of the bridge, to be able to observe it in all its beauty during the sunset. But you can imagine how difficult it is for someone like me who suffers from vertigo to do this.“It is located in Northern California and is a hill town located at the tip of a peninsula, surrounded by the Pacific Ocean and San Francisco Bay. Besides the perennial fog and the sloping streets, one of the most characteristic things I remember is the fact that it is filled with historic trams from all the greatest and most historic cities in the world. And in the bay is the island of Alcatraz, home to the infamous penitentiary.”