Top Festivals in Umbria, Italy to Go To 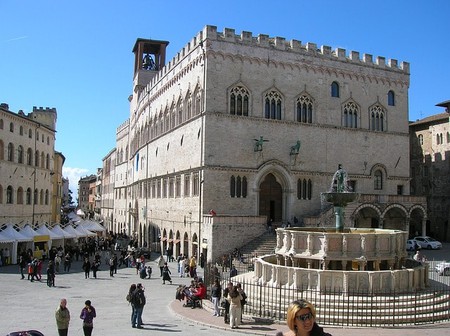 Umbria is not only one of the most beautiful and romantic regions of Italy, but it is also one of the liveliest of the country. Every year it hosts a lot of funny and interesting festivals, which deserve to be seen. If you are planning to visit lovely Umbria, read our list of its top events and note them down on your agenda.

Norcia, one of the most beautiful hamlets of Italy, is known worldwide for its excellent gastronomy. Every year in February and March, it hosts a superb food fair entirely dedicated to the black truffle. It is a good moment to admire the town while walking through the stalls, which offer Umbrian specialties such as cheeses, hams and obviously, a lot of truffles.

From the end of June to mid-July, Spoleto turns into a big party thanks to the Spoleto Festival, an internationally renowned event dedicated to art, theatre, ballet, opera, movies and music. The festival takes place in several squares around the old city centre.

Jazz-enthusiasts, pay attention: if you are planning to visit Umbria this summer, don’t forget to include in your travel itinerary the capital city of the region, Perugia. Every July, the city hosts one of Europe’s largest jazz festivals, Umbria Jazz. Local and international performers and musicians have played their songs since 1973 in one of the loveliest locations of Italy.

When summer comes to end, Città di Castello, a nice village near the Tuscan border, is home to an acclaimed festival entirely dedicated to chamber music. It takes place in churches, squares and other venues of the city centre.

Saint Francis, the patron of Italy and Europe, was from the lovely town of Assisi, Umbria. Here, every October the largest religious festival of Italy takes place, with pilgrims and the religious from all over the world in processions to the Basilica of Saint Francis.

One of the coolest music festivals of Umbria is the Trasimeno Blues Festival, an outdoor event held on the lake Trasimeno’s shores. It is not located only in one place, but in a few villages around the Trasimeno lake. We strongly recommend participating in the concerts hosted in Castiglione del Lago’s romantic medieval fortress.

Did you know that Perugia is home to the biggest chocolate celebration of Europe? Well, if not, now you don’t have excuses to not book a trip to this lovely town for the month of October when Eurochocolate takes place. Each year, the event attracts many visitors to Perugia who come in town to taste local delicacies made with chocolate.

September is one of the best times of the year to visit Italy: crowds are few, weather is better and there are plenty of festivals. One of the best is Sagra Musicale Umbra, a festival dedicated to classical and chamber music with almost 140 different companies taking part. During the festival days, it’s also possible to admire instruments made by local artisans.