To Rome with Love: The Best of Italian Cinema 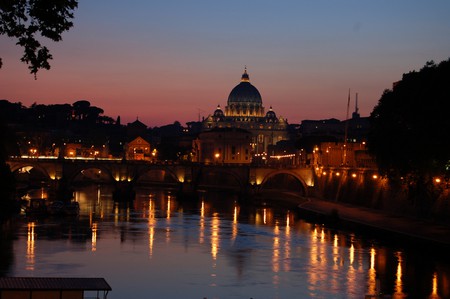 From Fellini to Leone, Italy has produced a veritable smorgasbord of master filmmakers when it comes to art house auteurs. We take a look at some of the finest films to come out of Italy over the last six decades. Whether beautifully baroque or neo-realist revelations, the best of Italian cinema does not disappoint.

Directed by Vittorio De Sica, Bicycle Thieves follows the hardships of poverty stricken Antonio Ricci (Lamberto Maggiorani) as he scours the backstreet’s and alleyways of Rome in search of his stolen bicycle which is a part of his livelihood. With a cast composed entirely of amateur actors, Maggiorani, previously a factory fitter, was chosen as Antonio because of his distinctively mournful walk and he fits perfectly into the role. It is his uncertain hesitancy and timorousness which brings a fragility to a man struggling to find his place in a world filled with social struggle.

8 ½ is the seminal masterpiece from perhaps Italy‘s most iconic director, Federico Fellini. The action follows Gido Anselmi (Marcello Mastroianni) a famous film director who is having difficulty realising the vision of his latest genius project. As Gido becomes increasingly demoralised a series of flashbacks and dreams blurring the lines between reality, memory and dream overcome the film. Infused with Fellini’s usual wit and tendency towards the surreal and baroque 8 ½ is a brave and unwavering triumph in the world of experimental cinema, a message to find true solace in our busy and fleeting lives, and a witty and sardonic look at the filmmaker’s life.

Before Martin Scorsese’s salute to the origins of cinema in Hugo, or Michel Hazanavicius’ flirtatious fling with silent pictures and Oscars The Artist there was Cinema Paradiso, a sentimental but endearing look at the power of cinema. At the news of the death of childhood father figure and projectionist Alfredo (Philippe Noiret) filmmaker Salvatore Di Vita (Jacques Perrin) begins to have flashbacks to his adolescence and the genesis of his love for the silver screen in the local theatre of the small town where he grew up. Directed by Giuseppe Tornatore and often credited as beginning the revival of the modern Italian film industry, it took a celebration of the medium to ignite its rejuvenation.

La Strada sees a naïve and free spirited young woman (Giulietta Masina) sold by her mother to travelling strongman Zampanó (Anthony Quinn). Their subsequent relationship as nomad entertainers becomes swiftly tormented by Zampanó’s brutish misgivings. His domineering control inevitably cause them both emotional and psychological harm. Winner of the first ever Academy Award for Best Foreign Language film in 1956 this is Fellini at his most charming, sentimental and personal, a director entirely at ease in the universe he creates.

Another powerful piece of neo-realism from Vittorio De Sica, Umberto D. tells the story of retired civil servant Umberto Domenico Ferrari (Carlo Battisti) who, struggling with poverty and ill health, endeavours to hold onto his meagre and humble flat amidst the grumblings of his landlady and the eviction notice. As with Bicycle Thieves, the cast was largely made up of non-professional actors including the titular character who perfectly embodies De Sica’s message. A poignant comment on social inequalities in post-war Italy, the changing structure of a modernising society and those left behind in the wake of a country attempting to come to terms with its own identity.

A marked transition from Fellini’s neo-realist leanings to a more experimental phase, La Dolce Vita recounts the exploits of a womanising and supine photo journalist (Marcello Mastroianni) and his pursuit of happiness and affection over the course of a week in Rome. Famously known as the film that coined the term ‘papparazzo’, which was the name of one of the film’s more eager headline hunters, the film is a prescient interrogation of fame. One of the earliest films to question the hypocrisies and idolisation of celebrity as well as the culture that surrounds it, La Dolce Vita examines a rebuilding of post war Italy upon these glitzy foundations and the emerging mass consumerism that comes with it.

Based on the book by Roberto Saviano, Gomorrah puts the workings of some of Italy‘s most notorious criminal families under the magnifying glass, with particular focus on those within the ‘Camorra’, a typical hierarchical criminal organisation or Mafia unit based in Naples. Also a harrowing example of the group’s direct effects on isolated, impoverished, and unprotected no man’s land social housing communities, the gangsters are depicted as ruthless and efficient in their methods, nothing like the incompetent screw ups their Italian American counterparts are stereotypically portrayed as in films such as Goodfellas, Casino, or T.V.’s The Sopranos.

Maverick director and writer Pier Paolo Pasolini already had a reputation for controversy prior to making his 1975 masterpiece Salò, but this cemented his reputation as an artist provocateur. The film is based on the Marquis de Sade’s 120 Days of Sodom, which it transports to Italy after the fall of of Mussolini in 1944. Focusing on a handful of surviving Fascists in the Republic of Salò, the Fascist-occupied portion of Italy, the film is an unwavering depiction of depravity and sadism. Banned in several countries and certainly not for the light hearted, Pasolini’s film is both an exercise in excess and a scabrous attack on the fascist ideology.

Set during the 1930’s during the regime of Mussolini, The Conformist is another case study on the psychology of Fascism. Bernardo Bertolucci turns the camera on Marcello Clerici (Jean-Louis Trintignant) a fascist lackey who travels to Paris to assassinate an ex-colleague turned political exile as part of Mussolini’s secret police. With nods to the baroque quality of Fellini and a dazzling turn of breath-taking cinematography paradoxically depicting brutality, The Conformist is a profound statement on the powers of society, and the lengths people will go to be considered ‘normal’ within it.

Sergio Leone is the undisputed king of the spaghetti western genre. His magnum opus Once Upon a Time in the West, is his seminal masterpiece on the gun slinging exploits of the drifter simply known as ‘Harmonica’ (Charles Bronson) and his quest for revenge against notorious mercenary Frank (Henry Fonda). From the sublimely orchestrated opening scene in which hired goons wait at a train station to ambush ‘Harmonica’, Leone truly understands that patience is a virtue. His portrayal of the practices and rituals of violence are so highly charged with anticipation they become near impossible to bare. Leone’s Italian take on the western was a radical update of this staid genre which would influence scores of future directors.