This Tree Cathedral In Northern Italy Will Blow Your Mind 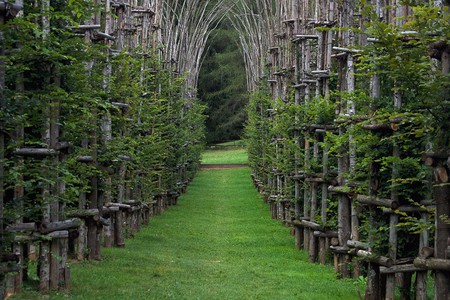 A natural installation of tall beech trees in a clearing at the base of a mountain may be one of the most poignant intersections of art and nature. Designed by Italian land artist Giuliano Mauri, this Tree Cathedral, located in northern Italy near Bergamo, pays testament to the organic beauty of nature and the natural cycle of life. Read on to learn about the inspiration behind its design.

The late Giuliano Mauri (1938 – 2009) was a unique contemporary artist who is best remembered for his environmental installations or so-called ‘natural architecture.’ He created intricate structures such as windmills, towers and large chests using hundreds of branches and logs that were carefully woven together to form durable, free-standing creations. Mauri’s most famous work is the Cattedrale Vegetale or Tree Cathedral at the foot of the Pizzo Arera mountains close to the Italian Alps, though the project was carried out years after his passing. The idea of creating a Cathedral made of trees first came to him in the 1980s, and he oversaw two previous renditions of the structure: a 2001 project carried out in Trento and a 2010 project carried out in nearby Orobie. 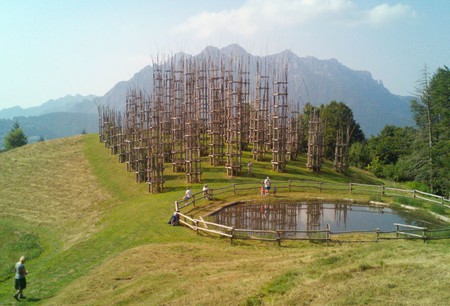 Cattedrale Vegetale | © Courtesy of the venue

The present Tree Cathedral is comprised of over 1,800 stakes of fir and 600 chestnut tree branches, carefully woven according to ancient techniques using flexible wood, ropes and nails. The structure features 5 aisles and 42 columns, with a single beech tree within each column. The man-made columns will naturally deteriorate, while the trees within will continue to grow, creating a wall and roof for the structure. The Tree Cathedral, in fact, is intended to inspire reflection on nature: its glory, its fragility, its endurance. 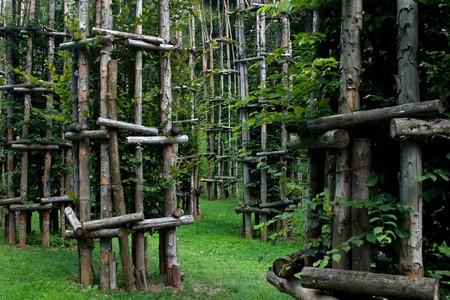 Mauri had a strong reverence for nature, and he believed that using organic materials would pay homage to the the inevitable transformation and evolution of his works of art. Incorporating natural elements creates a unique dialogue between the artist and the living work that continues to evolve over time. ‘I was moved by the idea of putting myself in relation with the natural cyclus, not offending it, not interfering with it,’ the artist said.

Cattedrale Vegetale | © obliot/Flickr
Give us feedback