This Amazing Street Art is Breaking Down Walls in Rome 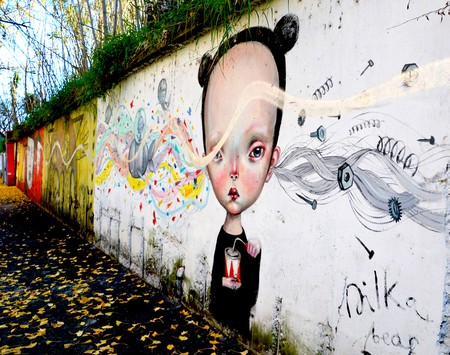 From the Berlin wall, to the Palestinian Western wall, to the US/Mexican wall, or just “Another Brick in…”, whether seen as protection or division, walls are often the centre of controversy. Murals on walls offer the possibility of preserving history, renewing hope and triggering social discussion. Some artists in Rome are giving their city’s walls the opportunity to do just that. 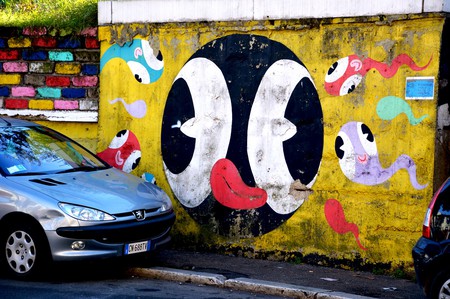 Rome’s open-air street art museum, MURo, was founded by the artist and musician, Diavù (David Vecchiato). In 2004, Diavù moved to the Roman neighbourhood Quadraro, home to his grandparents and refuge to many childhood memories. One evening, when dining with friends, he discussed ideas on ways to improve his deteriorating neighborhood. By 2010, he had obtained permission and the funds to create the first mural on Via dei Lentuli, which he called Quadraro People, since then a variety of artists have contributed their own designs to Quadraro’s walls.

Urban art can be commonplace and perceived as a kitschy tourist attraction, or an early warning for neighborhood gentrification. However, the walls of Quadraro have great significance because each mural represents the neighborhood’s resistance in the past, and the present.

Quadraro was built by Fascists to keep the peasants and working class separate from the capital. It would eventually become the center of Partisan resistance. On April 17, 1944, the Nazis seized about 1000 men from Quadraro and sent them to concentration camps in Germany and Poland. Before being removed, the men were lined up at the same wall that Diavù later used for his first mural.

Today, artists from around the world have adopted the neighborhood’s history and mission to create unique messages of their own. Artists volunteer their time and talent, and local businesses and donations also help support their project. All the artworks form part of MURo’s collection. The following three are just some of the amazing works on display.

Artist Lucamaleonte’s Nido di Vespe (a name given to Quadraro by Nazi authorities) uses the symbol of the hornets’ nest to represent the neighborhood’s resistance during the “Unternehmen Walfisch” deportation. At the far end of the mural, the scientific formula for resistance has been included to represent the resilience of residents who would rather starve at home or die in concentration camps rather than give up their ideals of freedom. 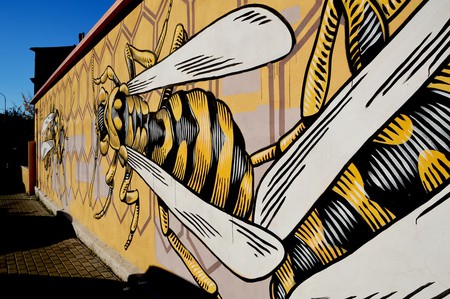 On a long wall on Piazza dei Tribune a collaborative work by Nicola Alessandrini, Lisa Gelli and Diavù depicts power as a long, pink snake about to devour a green rat. The snake is supported by headless men, and ridden by a half-man/half-beast figure. The mural represents the powerful and timeless message that people’s lives are governed by political leaders and institutions. 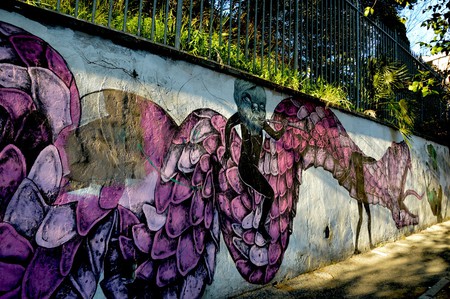 Buckingham Warrior by Gary Baseman is a very personal tribute to the neighborhood. Baseman was born in California but his Polish parents were holocaust survivors. Both his maternal and paternal grandparents were murdered during this time. Baseman’s mural means that although there is a need to understand the past, we should not spend all of our time living in the past. 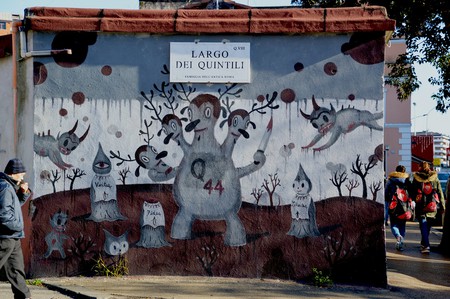 The resilience of Quadraro’s tight knit community still exists today. The residents continue to put pressure on local government to fund improvements such as garbage removal and building preservation, and do so without selling out to real estate developers. 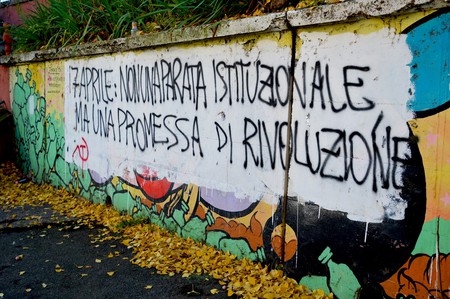 From April 17 to the present, the residents of the Quadraro continue to send messages to local government to help clean up trash and fund neighborhood improvement | © Lisa Morales

In Rome where historical preservation is mandatory, the need to protect Rome’s urban art is questioned. Wall murals continue to deteriorate and be vandalized, and for now, decisions about restoration is left to the artist.

MURo Museum offers a variety of steet art tours for locals, children and tourists. All proceeds from the tours go back to the non-profit organization and help to support future projects.