Things Get Interactive at This Year's Venice Biennale 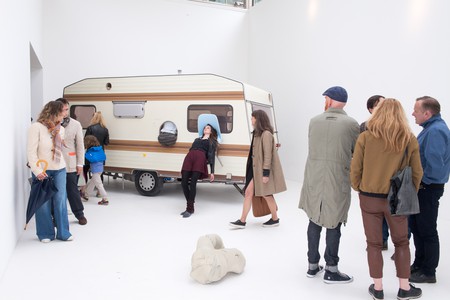 We can’t deny that the act of looking at art is an enjoyable pursuit. But actually being allowed to engage and become part of the work is something that everyone needs to try at least once in their lives. With an abundance of art to see in Venice this summer as part of the Biennale, we wanted to round up the works that have to be experienced and touched. 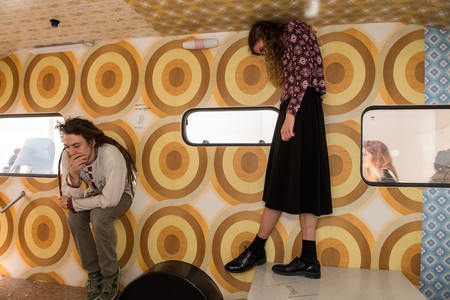 Become the art for one minute

Probably one of the most fun things to do in the Giardini is to head on over to the Austrian pavilion and take part in Erwin Wurm’s Performative One Minute Sculptures. Here, a variety of objects such as a suitcase on the floor, a chair secured to the wall by its legs, and a caravan with various holes cut out of it, are waiting to be engaged with for one minute. Don’t be shy, Wurm wants you to participate within a normally passive social environment and transcend the spatial barriers set out in society. It might feel funny, but that’s the point. 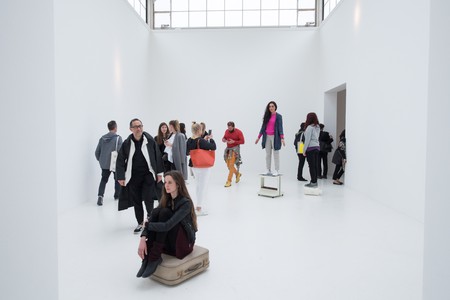 Get up close and personal

Admittedly, during the preview days of the Biennale, we got in a queue outside the Japanese pavilion, not entirely sure what we were queuing for – but that’s what you do at the Biennale to see art. And aren’t we glad we did, as it turned out we were queuing to poke our heads up through the gallery floor, directly into Takahiro Iwasaki’s Out of Disorder (Mountains and Sea). In observing the work from the stairs provided in the piloti, you get a completely unique perspective of the sculpture that is made up of clothing found in Venice and Japan, which has been used to intricately create a landscape of electricity towers and Ferris wheels, not too dissimilar from the vistas of Japan’s rural areas. 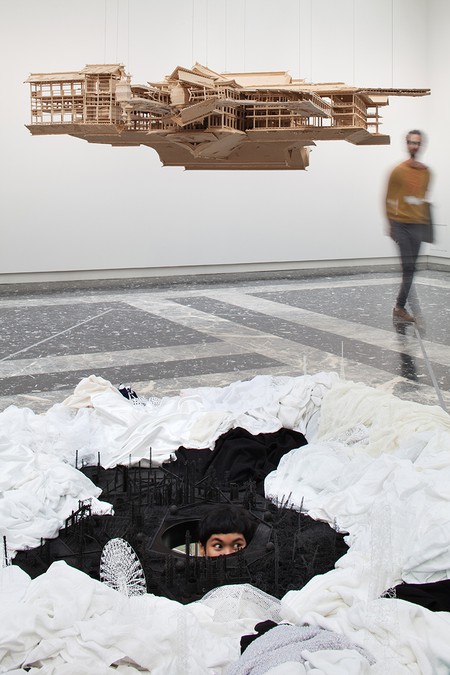 See what isn’t there

Staying in the Giardini, you want to head into the basement space of the Russian pavilion for Recycle Group’s Blocked Content. What appears to be space filled with white figures is actually a universe of augmented reality that explores the ethics of a social media existence where ‘saints’ are given immortality and ‘sinners’ are punished. By downloading an app onto your phone you’re able to witness hell, inspired by Dante – where the spammers and fake celebrities are virtually imprisoned without likes or the ability to return to life. 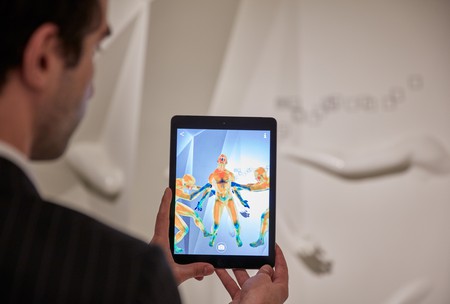 At Palazzo Fortuny, Marina Abramović wants you to tap into your intuition with her sculptures that incorporate large crystal quartz stones. Standing Structure for Human Use (2017) aren’t just pretty assemblages but intended for you to interact with, so each one of the three crystals connects to different parts of your body, connecting mind, body and spirit. ‘Intuition is the key to the centre of the soul,’ said the Serbian performance artist. ‘How to activate intuition is the mystery.’ So open your mind and see if the crystals truly have contemplative powers. 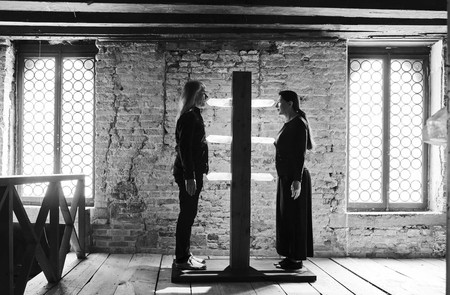 Marina Abramovic, in situ installation Standing structures for human use from the series Transitory Objects for human use, 2017 | Courtesy of the artist and Axel Vervoordt Gallery Intuition © Jean-Pierre Gabriel

In a tiny space on the Calle del Ridotto, New York-based artist Ryder Ripps invites visitors to become factory workers boxing virtual reality equipment. Obviously we don’t mean this literally but virtually – in his full-body virtual reality experience, VRR (Virtual Reality Reality). Donning a VR headset, you have an allocated amount of time to pack as many HTC VR headsets as you can into shipping boxes. Here, laborious task becomes spectacle, while critiquing the socio-economic hierarchies of such technology. 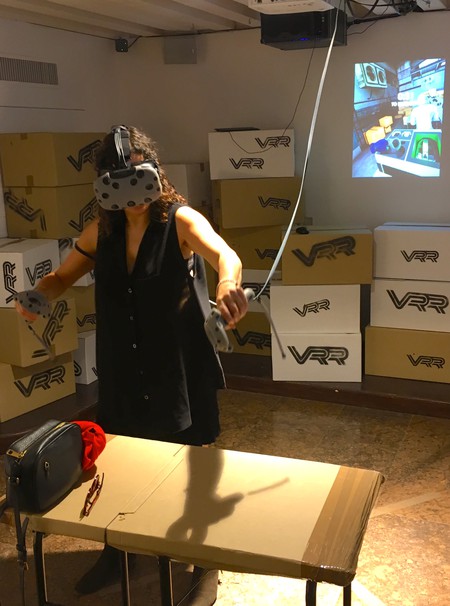