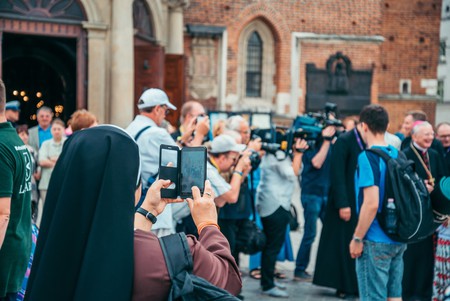 A nun filming on a mobile phone | © Vera Petrunina / Shutterstock

The Vatican has issued instructions for nuns who use social media. The document, titled Cor Orans (Latin for Praying Heart), offers guidance on how to implement Pope Francis’ Apostolic Constitution, which was issued in 2016. The religious text is addressed to the Catholic Church’s 38,000 cloistered nuns and advises that social media must be used with “sobriety and discretion”.

The document was presented at a press conference on May 15 and provides instruction regarding all aspects of life for contemplative nuns. As well as spiritual guidance, this also includes legal, administrative and practical advice related to the running of monasteries.

While the use of social media is not forbidden, the potential for it to become a waste of time is highlighted. According to the Vatican, nuns must pay attention not only to the content of social media, but also “to the quantity of information and type of communication”.

The instructions are aimed at “safeguarding recollection and silence”, an important part of a nun’s contemplative life, and warn of filling religious spaces with “noises, news and words”.

Nuns are urged not to let social media “prove harmful for your vocation, or become an obstacle to your life wholly dedicated to contemplation”. Specific platforms aren’t mentioned in the document, but Catholic newspaper The Tablet named “Facebook, Twitter and other social media” during their report.

While Pope Francis doesn’t watch TV or use the internet, His Holiness’ official Twitter account, @Pontifex, has 17.8 million followers and has posted over 1,500 times. It’s run by the Vatican, who also manages a community of over 4 million social media users through its Vatican News accounts on Facebook, Twitter, YouTube and Instagram. 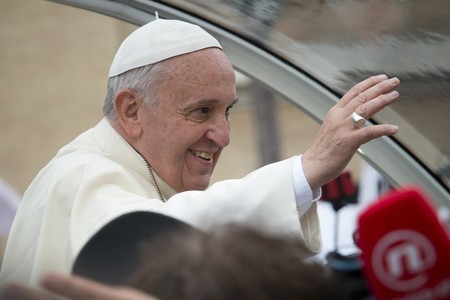 In comparison, Sister Cristina Scuccia – probably the most famous nun on social media – has 26,900 followers on Twitter and over 134,000 likes on Facebook. Sister Cristina won Italy’s version of “The Voice” in 2014 with performances that included covers of Alicia Keys’ “No One” and Bon Jovi’s “Livin’ on a Prayer”. Her self-titled debut album included a cover of “Like a Virgin” while her second album, Felice (“happy”), was released in March 2018.

Excessive smartphone use and even addiction has been linked with a rise in back problems in young people, increased anxiety and depression and a reduction in attention span. With 38% of adults admitting they use their phones too much, perhaps more people could benefit from the Vatican’s advice.