The Ultimate Guide to Hiking and Biking in South Tyrol, Italy

South Tyrol, Italy, is a paradise for hikers and cyclists | © Wolfgang Moroder / WikiCommons

The northern Italian province of South Tyrol boasts thousands of kilometres of trekking and cycling tracks, all set amid jaw-dropping scenery. Here’s our guide to the best hiking and biking in the region, including an epic pilgrimage and a cycle track that spans two countries.

South Tyrol’s network of hiking trails is spread over 13,000 kilometres (8,078 miles), with tracks to suit all levels of fitness and stamina. Amongst the least demanding hikes are those that run alongside the region’s historic irrigation channels (“Waalweges”).

The hour-long, circular route that starts and finishes in the village of Parcines follows one of the oldest Waalwegs (it’s over 500 years old) and takes in spectacular views as well as a historic “Wohnstein” – free-standing rocks that once provided shelter for ancient communities. Most of the Waalwege hikes are between an hour and two hours in length, and are a great way to introduce yourself to the beauty of this part of Italy.

The Alpine ridgeway hikes are more demanding and last from a few hours to several days. One of the best of these is known as the “Alpine Ridgeway No. 1”: running north to south for 105 kilometres (65 miles) through the eastern Dolomites, its average elevation is 2,000 metres (6,562 feet), giving you plenty of opportunity to appreciate the mountain range’s staggering scenery. For a great day hike, walk the nine-hour Kellerbauerweg trail, which concludes at the gorgeous Tristensee lake. 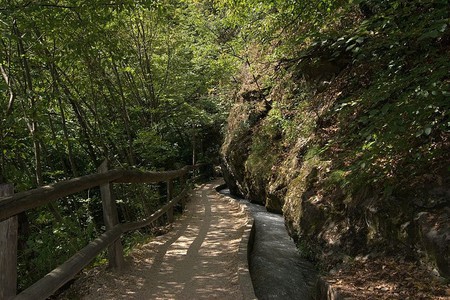 For epic hikes that fully immerse you in the wonders of South Tyrol, you have two main options. You could choose to follow in the footsteps of pilgrims throughout the ages by completing the Way of St James (Jakobsweg); covering 130 kilometres (81 miles) and split over six separate sections (each of which can be tackled as its own hike), this monster trek starts at the Austrian border and passes through many of the region’s most attractive valleys. Or you could learn about South Tyrol’s fascinating natural history by booking yourself on the 200-kilometre (124-mile), ten-day, Dolomites UNESCO Trail.

South Tyrol is home to more than 2,000 kilometres (1,243 miles) of mountain biking trails: weaving amongst the dagger-like peaks of the Dolomites and through lush, peaceful valleys, they provide the perfect opportunity to explore the region’s humbling scenery and charming Alpine towns and villages. 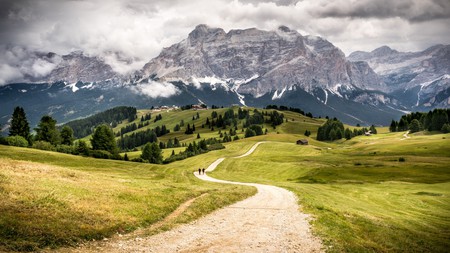 A particularly enjoyable (and easy) track follows the course of the former Fleimstalbahn railway, which was used to transport cargo between World War I and 1936. This undemanding 20-kilometre (12.4-mile) ride runs between the lovely towns of Ora and San Lugano, passing through the mountainous terrain of the Truder Horn Nature Park on the way. There are also many superb mountain biking and downhilling trails in the Venosta/Vinschgau valley, or for a gentler ride you could join the Via Claudia Augusta as it passes through the vast Etschtal valley.

One of the most popular bike routes in South Tyrol starts from San Candido, just over the mountains from Austria; from here, a well-maintained track of about 40 kilometres (25 miles) takes you over the peaks and down into the Austrian town of Lienz, enabling you take in two countries in one day. Lienz can also be reached by a slightly longer ride from the South Tyrolean town of Dobbiaco, via a beautiful track that winds alongside the Drau (Drava) river. 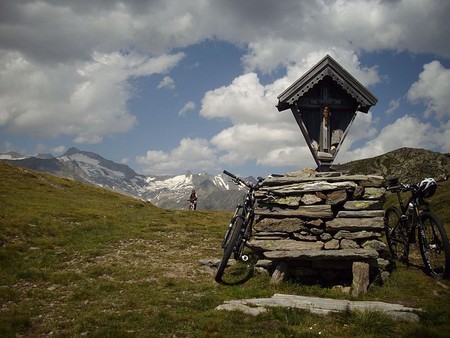