The Top Things To See And Do In Pisa, Italy

Duomo Santa Maria seen from the Leaning Tower of Pisa | Marcus Winter/Flickr
The Tuscan city of Pisa has been one of the most important and well known sites of the Renaissance. The birth place of Galileo Galilei, Leonardo Fibonacci and Pisanello, it is a city full of art, history and culture. Here’s our guide to the top things to see and do in the city.

The Piazza dei Miracoli, officially known as Piazza del Duomo, is a walled area located in the city center of Pisa. It is recognized as being one of the most important centers of European medieval art and one of the finest architectural complexes in the world. The square hosts four great religious edifices: the Pisa Cathedral, the Pisa Baptistry, the Leaning Tower of Pisa and the Camposanto Monumentale (Monumental Cemetery). 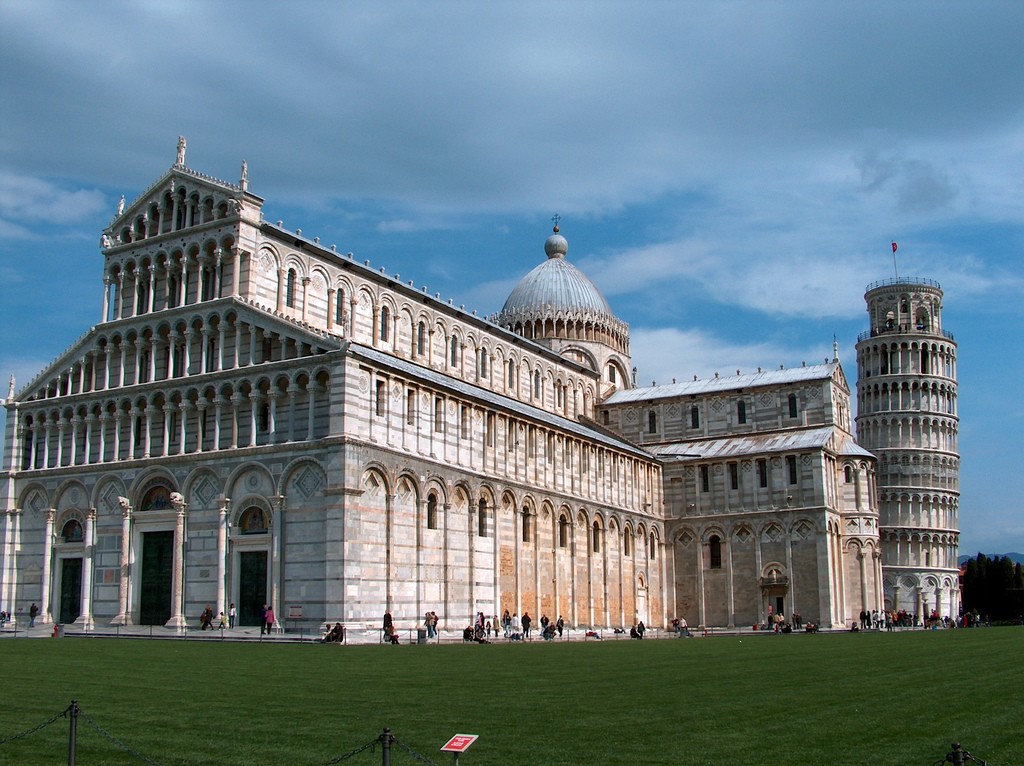 The Knights’ Square (Piazza dei Cavalieri) is situated in the second main square of the city. This was the political center in medieval Pisa: after the middle of 16th century the square became the headquarters of the Order of the Knights of St. Stephen. It is now a center for education, being the main house of the Scuola Normale di Pisa, a higher learning institution which is part of the University of Pisa.

Get a view of the city at the Giardino Scotto

The Giardino di Scotto or Scotto’s Garden is an old fortress in Pisa. The citadel was called ‘nuova’ (new) to distinguish it from the older Cittadella Vecchia on the seaward side of the city. The Cittadella Nuova is located on the extreme opposite side of the city walls of Pisa in Lungarno Fibonacci, on the south bank of the river Arno between the Ponte della Vittoria and the Ponte della Fortezza. The park is a great spot to enjoy nature right in the center of the city, away from bustle and noise. In addition, thanks to the restructured medieval walls, people can now walk on them and look at the city from a truly unique perspective. 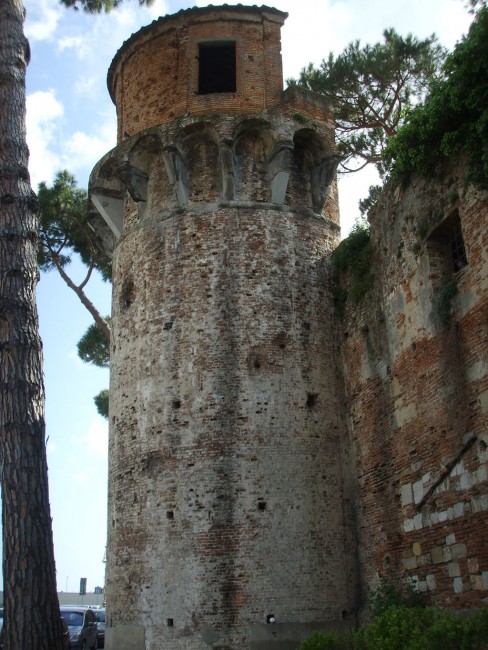 Palazzo Blu is a center for temporary exhibitions and cultural activities located in the heart of the historic center of Pisa. This museum is located in the Palazzo Giuli Rosselmini Gualandi (and Palazzo Casarosa), an ancient palace restored by the Fondazione Pisa. Its name comes from the blue color uncovered a recent architectural restoration, and can be attributed to the taste of Russian owners who acquired the Palazzo in the 18th century.

Travel across the Ponte di Mezzo

The Ponte Conte Ugolino, commonly known as Ponte di Mezzo is the most important bridge in Pisa. The bridge is located right in the center of the city, linking Piazza Garibaldi toPiazza XX Settembre. During the Second World War the bridge was bombed to cut the connection between the two parts of the city and therefore the modern bridge is only around 60 years old. It’s a beautiful place to visit, with views of the river and the beautiful mountains in the background.

The ‘Tuttomondo’ mural was painted by Keith Haring in 1989 and aims to represent world harmony. Each of the 30 figures represents a different aspect of peace in the world: a woman with a baby in her arms represents maternity, and two men supporting a dolphin refer to man’s relationship with nature.

Park
San Rossore Park | © Lesya Ben/Flickr
Migliarino, San Rossore, Massaciuccoli Regional Park was established in 1979. It covers approximately 24,000 hectares situated along the coast from Viareggio and Livorno. Although it lies in the middle of a heavily urbanized area, this territory has maintained considerable natural features and here it is possible to find one of the rare examples of an undeveloped coastal area. Hosting a great variety of animal and plant species, it is the perfect place to spend your day breathing fresh air and observing rare animals.
More Info
Open In Google Maps
Tuscany, Italy
+39050539111
View menu
Visit website
Visit Facebook page
Send an Email
Give us feedback

Museum
The National Museum of San Matteo in Pisa (Museo Nazionale di San Matteo) displays works from historic ecclesiastical buildings in the city and Province of Pisa. The artworks include pieces from the early Medieval period to the 16th century. The collection includes sculptural masterworks by Nicola Pisano and Donatello.The museum contains a rich collection of antique paintings, including works by outstanding artists such as Simone Martini, Lippo Memmi, Francesco Traini, Masaccio and Ghirlandaio. The museum also has a collection of medieval illuminated manuscripts, wooden religious sculptures from 13th-15th centuries and antique ceramics.
Looks like it's closed Hours or services may be impacted due to Covid-19
More Info
Open In Google Maps
1 Piazza San Matteo In Soarta, Pisa, Toscana, 56127, Italy
+39050541865
View menu
Visit website
Visit Facebook page
Send an Email
Give us feedback
Give us feedback