The Best Things to See and Do in Orvieto, Italy

Perfectly placed between Florence and Rome, the small Umbrian city of Orvieto is a must-visit for its showstopper cathedral – but stick around for its museums and underground sights, like a medieval well and below-ground labyrinth.

Perched atop a cliff on the edge of the Umbria region is the picturesque, small city of Orvieto. Sitting on a tufa limestone rock and surrounded by vineyards, olive groves and cypress trees, this striking ancient metropolis boasts medieval architecture, historic artworks, winding streets and the obligatory towering cathedral around which the historic centre was built. One of the greatest Italian gothic churches, it’s a must-see for any visitor to Orvieto. Here are the top things to do in Orvieto, Italy. 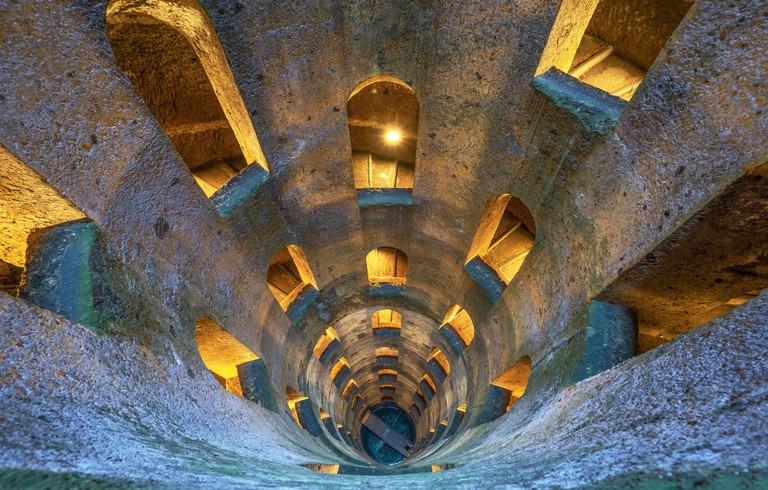 This 53m-deep (174ft) well was commissioned by Pope Clement VII during the Sack of Rome, providing Orvieto with an adequate water supply in case the Pope could not travel outside its fortress walls to return to the capital. Built between 1527 and 1537, the well is now open to the public – you can descend into its depths via 200 steps and admire the architectural marvel.

Standing tall in the heart of the city, you’ll find this 13th-century tower on the crossroads between Corso Cavour, Via del Duomo and Via della Costituente. Because of that it’s a useful landmark, guaranteeing you’ll never be lost in Orvieto. 250 steps lead up to an impressive terrace, where you can enjoy a beautiful panoramic view of this ancient city, and search for the next place to eat. 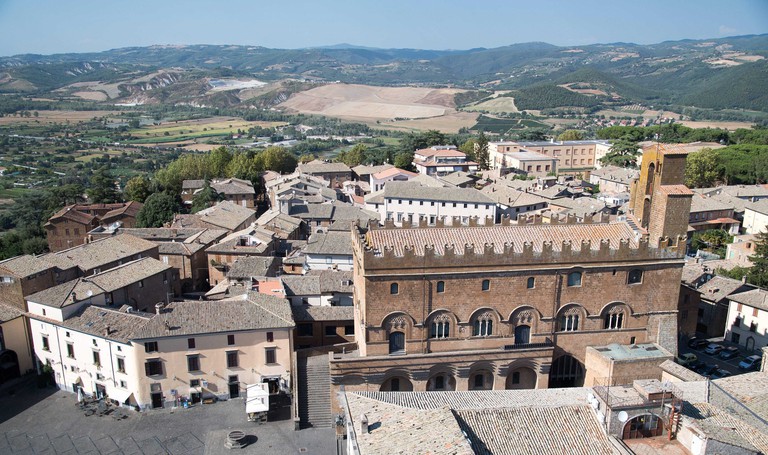 The Palace of the Captain of the People used to be one of the main civic buildings in the medieval iteration of this city, and a lot of high-profile public roles in Orvieto have resided in the 13th-century building over the years. Presiding over the picturesque People’s Square, a lot more care has been taken in recent years to preserve its majesty and beauty, with some ancient aqueducts even being unearthed.

Have a history lesson at Museo Archeologico Nazionale di Orvieto

Tombs, frescoes and artefacts from the local area crowd this small museum space, but the friendly, enthusiastic and informative guides are there to point you in the right direction. You’ll learn a lot about the Etruscans – the ancient people of this region – and leave here feeling far more smug and knowledgeable than when you went in. 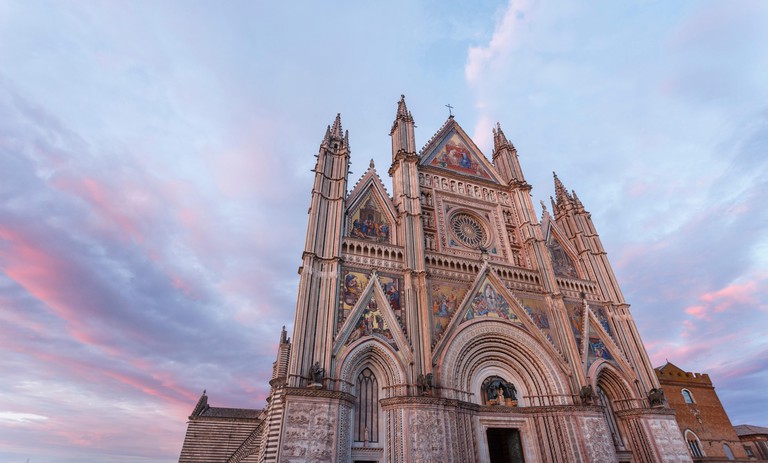 Every Italian town, city or village is built around a religious showstopper. Orvieto’s Duomo (cathedral), dating from 1290, brings together many eras and architectural styles. The facade is jaw-droppingly ornate, adorned with gold mosaics and intricate sculptures that make it one of the great gothic masterpieces of the late Middle Ages. Inside, you’ll find sculptures, frescoes, mosaics and the handiwork of many local craftsmen, stretching back almost 1,000 years. The entire history of this tiny city can be found in this building – one of the most beautiful examples of its kind in all of Italy.

The Etruscans were an ancient civilization in this part of Italy who were essentially succeeded by the Romans. This necropolis is a striking example of a society that once ruled over the majority of Western Italy. The tombs that can currently be visited are mostly designated to individual families. Each was closed with a slab of tuff – the rock the city sits on – and then buffered by blocks of the same material. 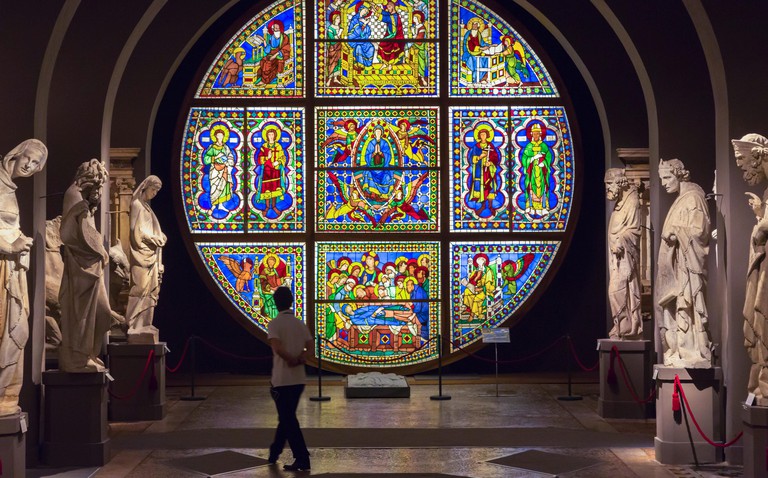 How’s this for a tongue-twister: the Palazzi Papali is a perplexing complex of papal palaces. Within this complex, on the second floor of Palazzo Soliano, you’ll find this engrossing museum. It showcases a fine collection of religious relics from the Duomo, documents and papers about the many building phases for the cathedral, and works by artists such as medieval sculptor Arnolfo di Cambio and the three Pisanos – Andrea, Nino and Giovanni.

Go below the surface at Orvieto Underground

To quote the English band Jamiroquai, we’re going deeper underground. Constrained by the fact that their city was built on a rock, and only having so much floor-space, the citizens of Orvieto decided to extend downwards by building an underground city. The experience of winding through a labyrinth of grottoes hidden in the silent darkness of the rock is unique, and a must-do in Orvieto.

While you’re here, stay in one of the best hotels in Umbria, now bookable via Culture Trip. If you’re continuing your trip, head south to Rome and stay in a luxury hotel and discover why you need to visit Italy’s capital. See our guide to the must-visit attractions in the area and discover where to try the best pasta around.

This is a rewrite of an article originally by Luca Pinelli.