The Top 10 Things To See And Do In Chiaia

Sandwiched between the Piazza Vittoria and the province of Mergellina, Chiaia is a popular district for pedestrians, especially in the evenings when both locals and tourist enjoy strolls in the dusk. You can also find a colorful part built in Italian Art Nouveau architectural style. 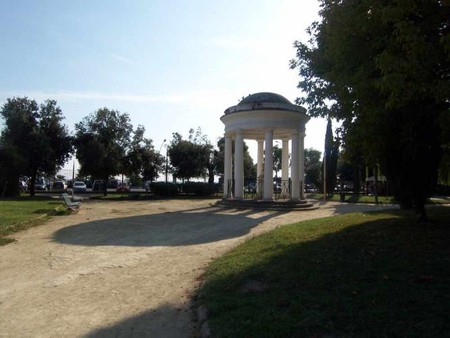 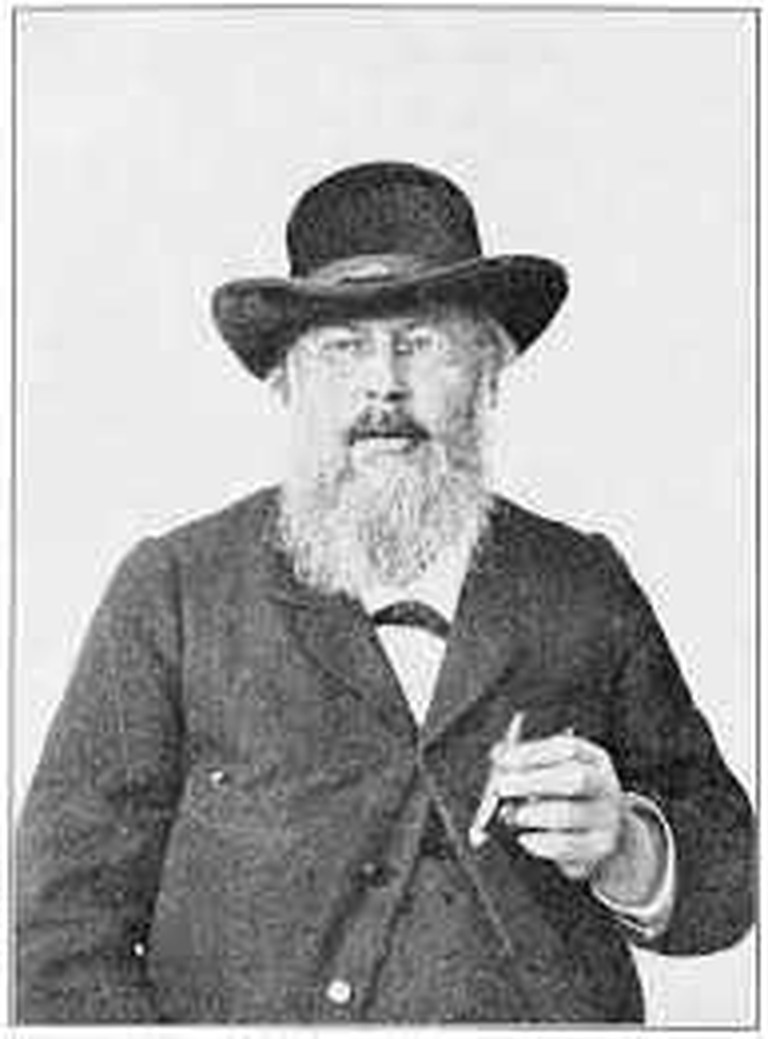 Anton Dohrn | ©WikiCommons
This villa is the most popular and prestigious park in all of Naples. It was erected in the late 18th century by King Ferdinand IV, commonly known as Ferdinand I of the Two Sicilies. It was built on land along the seafront between Chiaia and Mergellina. This park was formerly a Royal Garden, meaning only members of the royal family were permitted to visit it except on specific holidays like the Festival of Piedigrotta when it was open to the public. Eventually, it was open to all after the Unification of Italy (1869). The Villa also houses an aquarium, something somewhat unusual for a scientific building, especially since it was constructed in the 1870s. The Villa is open every day from 7am to 12pm.
Open In Google Maps
Chiaia, Napoli, Campania, 80122, Italy
+390817953653
Visit Website
Give us feedback 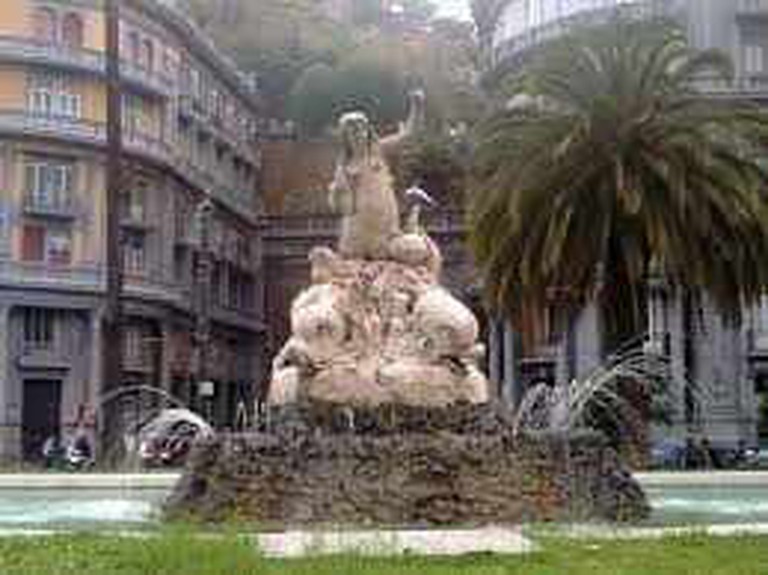 Fountain in Chiaia | ©Baku/WikiCommons
The German scientist Anton Dohrn opened the Stazione Zoologica Anton Dohrn of Naples in 1872. Today, it is a public research organization and under the Ministero dell’Istruzione dell’Università e della Ricerca. The aquarium is one of the best research facilities in the world, specializing in study of marine biology and ecology. It all started thanks to Dohrn and his ambition to encourage scientist to carry out research on marine organisms for their studies. Today, that is what the scientists there are doing. The Stazione Zoologica also encourages contact with marine organisms on an international scientific level and provides intense training in this area, among other similar studies.
Open In Google Maps
Naples, Italy
Give us feedback

Chiaia for years has been famous for its fantastic Italian tailors, and so it is the right place for a shopping spree for some Italian couture. Rubinacci is the home of men’s tailoring, stocking colorful ties, silk scarves and both modern and vintage suits. Gemelli da Polsi is the home for cuff links, from simple silver ones to diamond embedded ones to Saharan sand-filled glass cuff links. These places are great for spoiling oneself and indulging in the best of Italian fashion and style, no matter if it is for you or a loved one. 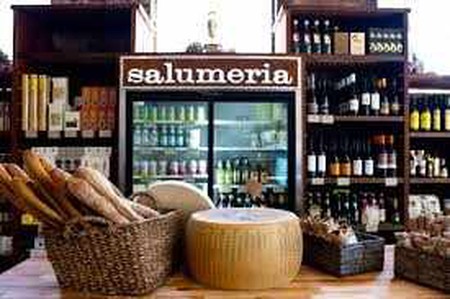 Whether you want to stock up on Neapolitan goodies or go out for a meal, Chiaia has it all. Anchelo is the place for roasted Neapolitan coffee beans or a lunch with friends, serving fine tapa-like dishes using only regional goods and produce. The tempura squid with pepper sauce is their house special. South Italy Food is the place to go for any edibles in the southern region of Italy. It is a salumeria, market and café serving cheese, cured meats, pasta, fresh breads and wine and local beers. Everything Napoli under one roof.

Museum
Facebook
Email
Twitter
Pinterest
Copy link
Share
Map View
This museum was built by Pietro Valente on behalf of Francis Acton in 1827.The trees are placed along the garden edges and behind the Villa, to allow a perfect view of the sea. The great flowerbed at the front of the villa is separated from a narrow avenue with a great stone circular fountain. The great Doric columns are still eye-catching. In 1841, Carl Mayer von Rothschild bought the museum, and then in 1867 it was passed to the Duke of Monteleone and eventually left to the State.
Open In Google Maps
200 Riviera di Chiaia, Napoli, Campania, 80121, Italy
+390817612356
Visit Website
Give us feedback

Museum
Facebook
Email
Twitter
Pinterest
Copy link
Share
Map View
In 1952, Princess Rosina donated this museum and its art collection to the State. It was inaugurated on January 16th 1960 and is an example of a Neapolitan “house museum.” For an artistic touch to your time in Chiaia, this is the right museum to visit. The Museum is open every day except on Tuesdays from 9am to 2pm.
Open In Google Maps
200 Riviera di Chiaia, Napoli, Campania, 80121, Italy
+390817612356
Visit Website
Give us feedback

This museum is named after its generous donor Marchese Mario d’Alessandro di Civitanova. It is housed in the extension of the factory of old stables on the ground floor of the Villa Pignatelli. This museum was inaugurated in 1975, and a section just for carriages was added. In this section, you can find a collection of harnesses, trims and other carriage-related instruments. This complex building is home to public gardens, an art collection and this exhibition of old carriages.

Enjoy a glass of wine

If you are looking for fine wine, then Cap’ Alice is the place to go. The selection of high quality wines from Campania and Sicily is mind blowing. The red wines are aged and white wines are relatively young, just as wine should be. The bread is freshly baked and the fried fish cornetti are highly recommended. Cantina Terlano, Siebeneich Doc Merlot Riserva, 2011 is one the finest on this wine list. Cap’Alice also has Rock&Wine nights, were live music is played in the restaurant while you sip on these bottled masterpieces.

Chiaia Food Tour & La Napoli Sotterranea is splendorous five-hour tour around the Chiaia neighborhood and underground Naples, where you get the chance to meet and eat with the locals and like the locals, living the true gastronomic Neapolitan experience. The first stop is at a chocolate boutique, the second stop will take you to Napoli Sotterranea, the third stop is for a quick espresso, then a stop at a famous trattoria for a light lunch, followed by a wine and cheese tasting. A small break is taken from the eating, you are taken to Villa Comunale, and finally the tour is ended with a stop a vegetarian restaurant.

Take a ride on the funicular

This is the fastest connection to climb to the Vomero Hill from Via Toledo. Albeit the youngest of the four Naples funiculars, this cable car is almost a century old. The Central Funicular is one of the longest and busiest funicular lines in the world, and with over 10 million passengers carried annually, it is one of the busiest funiculars in the world and has the largest capacity in passengers per kilometer. It is a truly impressive piece of engineering and different from your usual humdrum public transport. The way back down is quite dramatic. This funicular is an unusual and unexpected experience.