The Top Things to Do in Siena, Italy 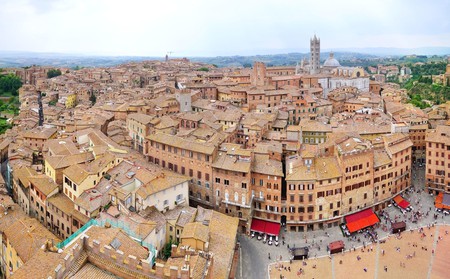 It’s easy to get lost in the medieval beauty of Siena. Stroll through the 17th-century Piazza del Campo, admire the view from the Torre del Mangia, and explore Tuscan vineyards while visiting this beautiful medieval city in central Italy.

You can’t visit Tuscany without stopping by Siena, which features as part of Culture Trip’s specially curated 10-day Northern Italy trip, led by our local insider. Beyond its brick buildings, winding streets and wondrous wine, this ancient city offers activities for all. From the highest-rated gelato in Italy and vineyard tours to the iconic black-and-white cathedral, here are the top things to do in Siena. 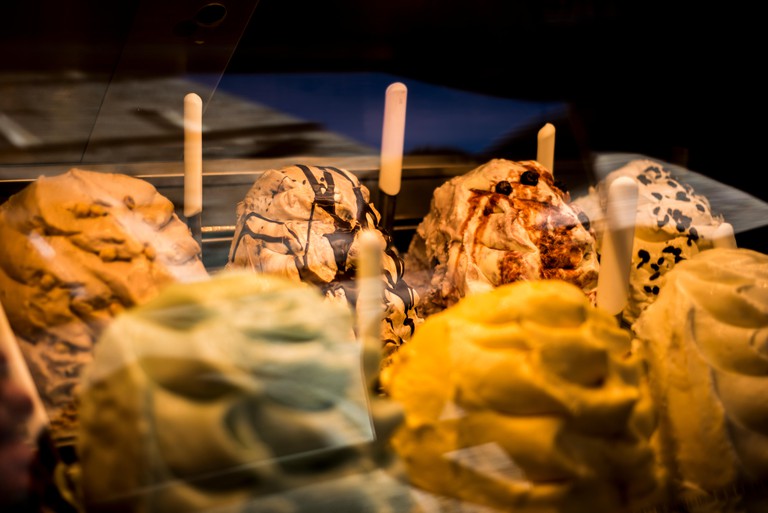 © Christoph Lischetzki / Alamy Stock Photo
Ice cream lovers, look no further; you’re spoiled for choice at authentic gelateria La Vecchia Latteria. Generous portions of creamy ice cream in enticing flavours await – whether you’re nutty for pistachio or have a hankering for something sweeter. This ice cream parlour is just a couple of minutes’ stroll from Siena Cathedral and is well worth the brief detour. 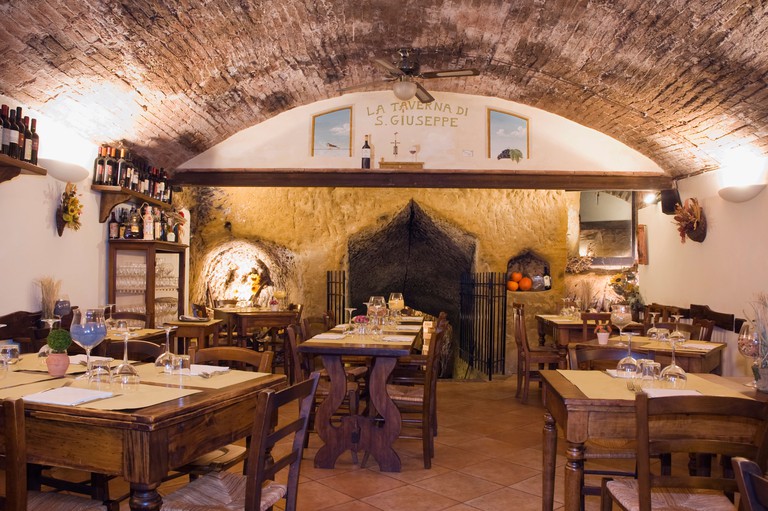 © imageBROKER / Alamy Stock Photo
This Tuscan tavern in the heart of Siena comes highly recommended – and rightly so. Michelin Guide-lauded chefs at La Taverna di San Giuseppe knock up authentic Sienese dishes where truffles, boar and fresh pasta feature alongside a friendly, unpretentious atmosphere. Advance bookings are essential here. If you’re lucky, you may even be treated to a post-dinner tour of the wine and cheese cellar.

Stop by a Tuscan vineyard for wine tasting 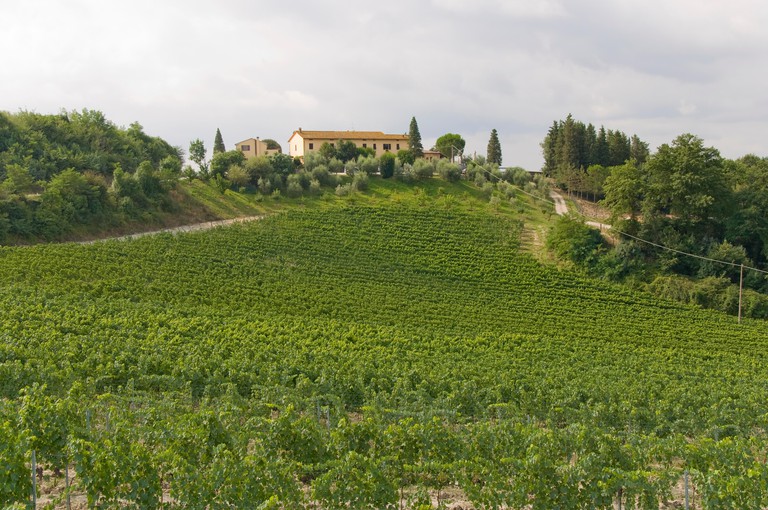 It wouldn’t be a trip to Tuscany without wine tasting. This traditional vineyard, owned by the extremely knowledgeable Cencioni family, has been in operation since 1957. They provide insightful tours and tasting sessions on world-renowned wines such as Brunello di Montalcino. Not only do tours give you the opportunity to sample the Cencioni family’s vino, they also provide unrivalled views across the rolling Tuscan hills. 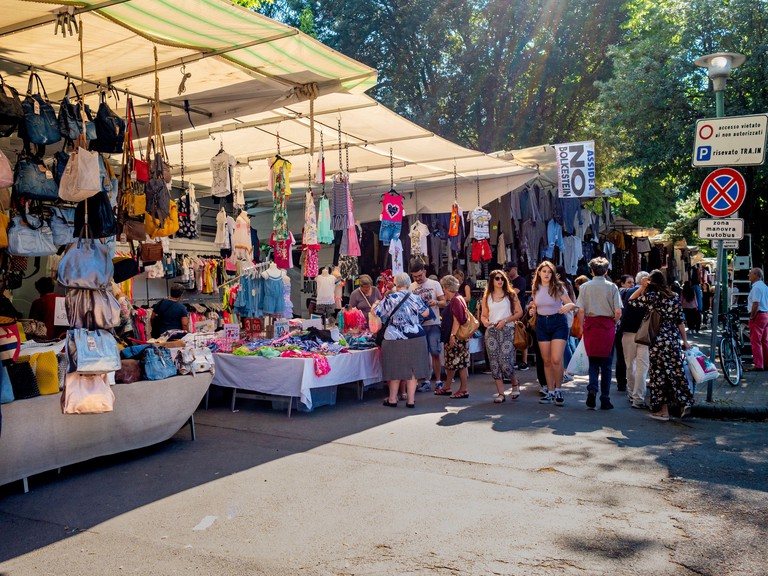 For a real taste of Sienese culture, head to the most popular market in Siena: La Lizza. Spread around the city’s 16th century fortress, it sees local traders assemble each Wednesday to flaunt their wares – and at very reasonable prices too. La Lizza Market is one of the best places in the city to purchase authentic Italian clothing, while the fresh fruit and vegetable stalls are some of the cheapest around.

Stroll around the Piazza del Campo 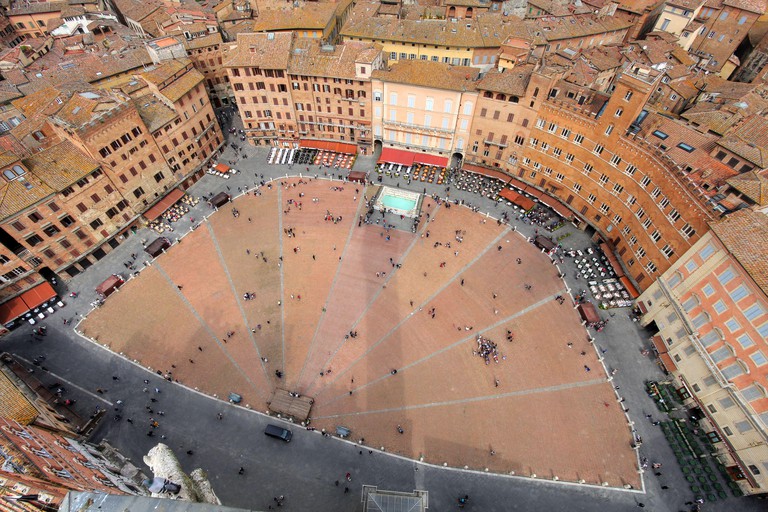 © Bogdan Lazar / Alamy Stock Photo
One of the most spectacular medieval squares in all of Europe. The shell-shaped space was built some time before the 13th century, and provided a site for merchants and market-goers to convene and hawk their wares. The tiling on the floor is divided into nine sections, representing The Nine who governed Siena at the apex of its medieval glory. The piazza remains the focal point of the city, even after all these centuries, so it makes sense that it provides a nice hub to see the other items on this list. 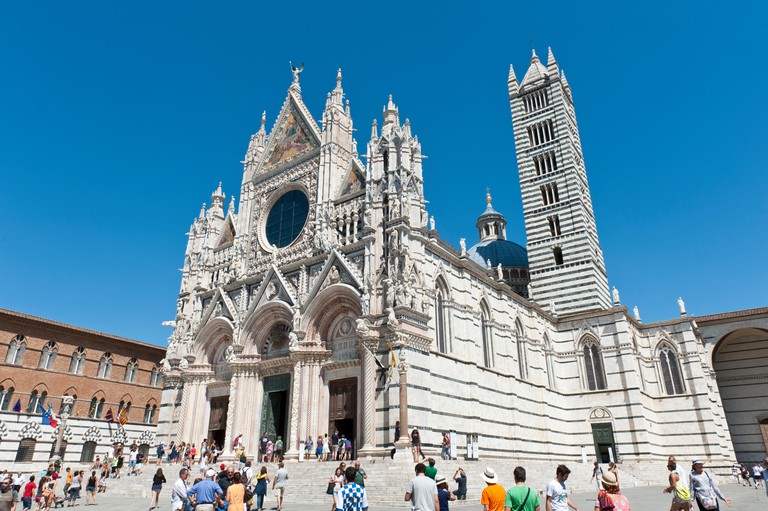 © imageBROKER / Alamy Stock Photo
This black-and-white construction looms large over the surrounding buildings, and rightly so. Combining elements of French gothic, romanesque and classical architecture, it’s one of the most impressive buildings in Siena. Its façade is among the finest in Italy, with each of the cardinal directions getting a turn in the spotlight with its own separate work. Take a walk around the cathedral to soak it all in, before venturing inside to see the spectacular marble mosaic flooring, alongside works by Donatello and young Michelangelo.

Marvel at the beautiful interiors of the Biblioteca Piccolomini 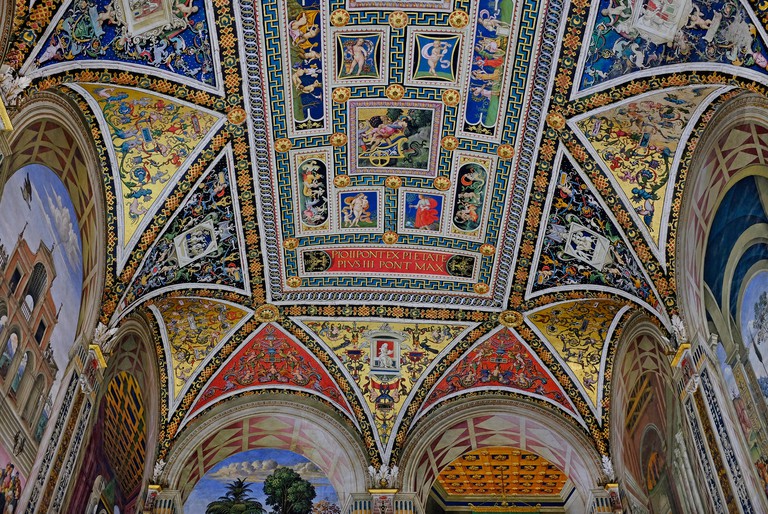 This library is housed inside Siena Cathedral, built by Pope Pius III for his uncle, the eponymous Piccolomini (better known as Pope Pius II). It was created to preserve the rich heritage of the tomes, but now all that remains are choral books. However, despite the fact the books are mostly gone, the library itself is a work of art. The walls are decorated with frescoes by Pinturicchio, depicting the life and death of Piccolomini. Likewise, there is a sculpture in the centre of the space, a copy of an earlier Hellenistic work depicting the Three Graces. 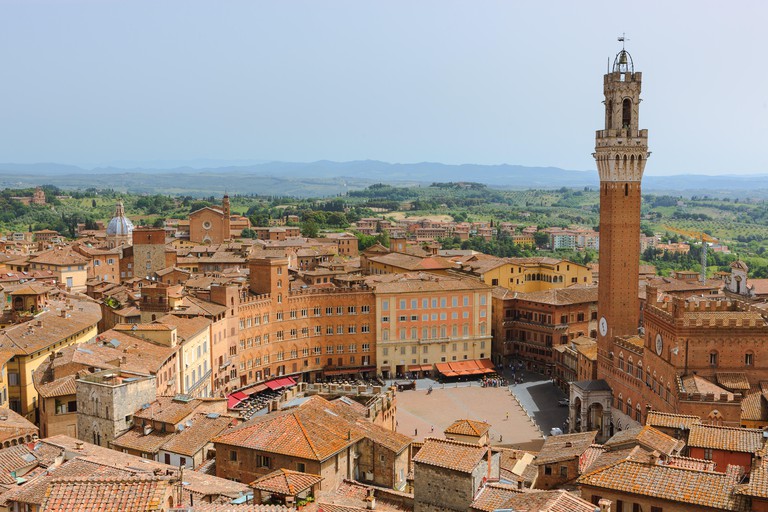 Torre del Mangia is one of the tallest secular towers in Italy. It was built to be the exact height of the Siena Cathedral, as a sign that Church and State possessed equal power in Siena. Torre del Mangia literally means Tower of the Eater, and it’s named after Mangiaguadagni, the “profit-eater”, so called because he was very liberal in the amount of money he would spend in the inns and taverns of Siena. Mangiaguadagni himself would be proud of the views that the tower provides.

Snap a selfie at the Fonte Gaia 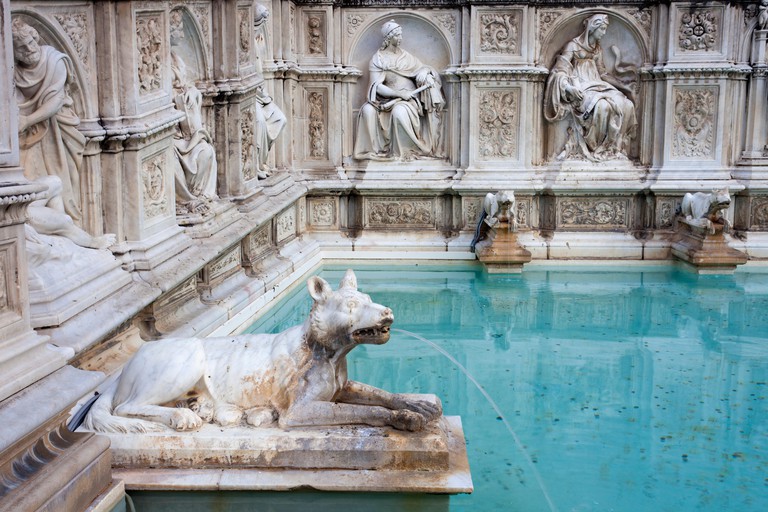 Out of all the Siena fountains, we’ve chosen this one for our list. Fonte Gaia is either named after the emotion of joy or the Virgin Mary. These together provide a nice secular-religious split, much like the rest of Siena. Underground pipes bring water to the font from 25km (16mi) away, which is a pretty stellar feat of engineering for the time. The decorative frame was constructed in 1419, but was replaced with marble copies in the 19th century. Nonetheless, even the copies are a sight to behold, and this is much more than just a fountain. 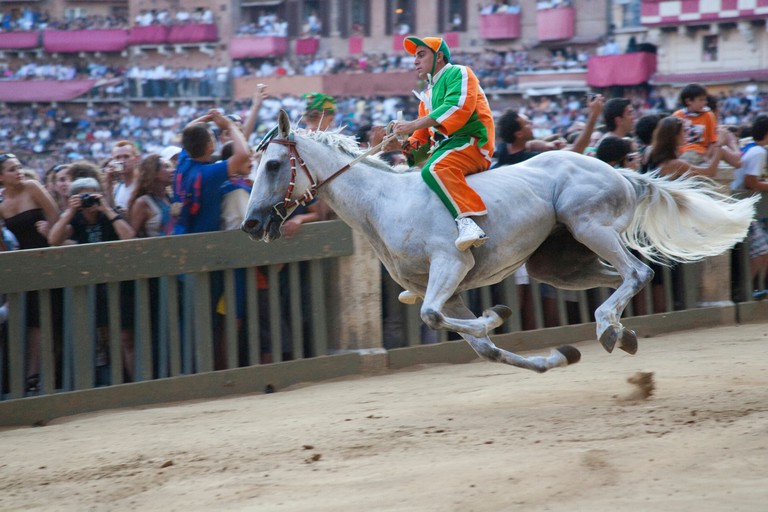 © Odyssey-Images / Alamy Stock Photo
This horse race is held twice yearly, once in July and once in August. Ten horses and riders, representing 10 of the city wards, circle the Piazza del Campo three times. The race is over quickly, usually well within two minutes, but the crowds, the vendors and the race itself make it something not to miss if you’re in Siena at the time. The Corteo Storico, a world-renowned pageant, takes place beforehand, so the race isn’t even the only thing on offer.

Monica Burns and Richard Franks have contributed additional reporting to this article.