The Top 10 Things To Do and See in Bologna

Seeped in history and home to the oldest university in the Western world, Bologna is one of the most beautiful cities in Italy. From decadent ice cream parlors to magnificent panoramic views, we list the top 10 things visitors should do and see whilst in this marvellous city.

The Piazza Maggiore is the main square in Bologna’s historic center. Visitors can admire the old buildings that surround the plaza, and the beautiful fountain of Neptune, whilst sipping on a drink at one of the many outdoor cafés. The Basilica di San Petronio is also worth a visit. The first stone was laid in 1393, but it was continuously modified for over 200 years. The church is the 15th largest in the world, and is particularly striking for its incomplete façade. 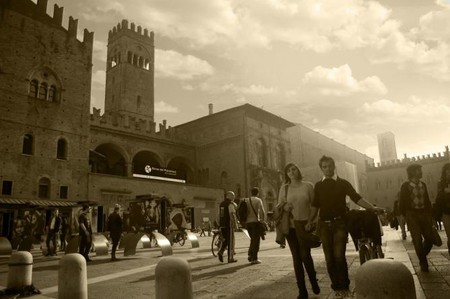 Tourists can reach this Roman Catholic monument by road or by walking along the six hundred and sixty six arches of a monumental portico, built in order to protect the church’s Madonna during parades. The Sanctuary is situated on top of a hill, which means there is a splendid panoramic view of the city. Although there have been churches on this hilltop since the 12th century, the current Sanctuary of Madonna di San Luca was completed in 1765. 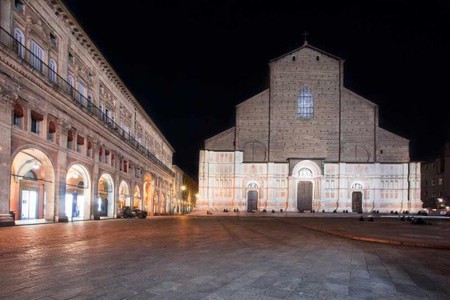 Tourists can reach this Roman Catholic monument by road or by walking along the 666 arches of a monumental portico that was built in order to protect the church’s Madonna during parades. The Sanctuary is situated on top of a hill, which means there is a splendid panoramic view of the city, making it one of the most memorable things to do in Bologna. Although there have been churches on this hilltop since the 12th century, the current Sanctuary of Madonna di San Luca was completed in 1765. 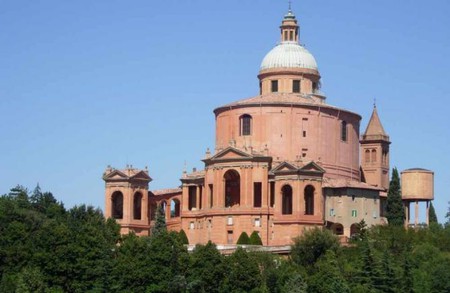 Discover the Seven Secrets of Bologna

Looking for the seven secrets of Bologna is an interactive way of getting to know the city and its history more closely. Although the jury is still out on exactly what the seven secrets are (they change depending on who you ask), the most famous ones include a hidden canal, a broken vase only viewable from the top of a tower, and phrases that have been secretly carved along Bologna’s main street. 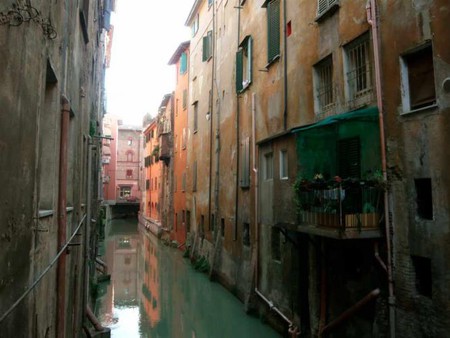 The Piazza Santo Stefano is a beautiful square in the old town, and the Basilica di Santo Stefano is also one of the must-sees in Bologna. Originally it was made up of seven churches, of which several remain, with some dating as far back as the 5th century. The artwork is incredible and is entirely unique in its skill and mastery. The Basilica also has a wonderful gift shop where visitors can buy mementos from their trip to Bologna. 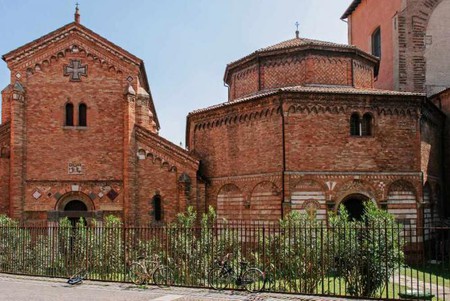 A medieval market area, the Quadrilatero sells all the typical Bolognese delicacies: parmesan, tortellini, Lambrusco, and more. It is made up of tiny cobbled streets enclosed in a quadrilateral area that gives it its name. Visitors should try the mortadella, which is a Bolognese invention, and those who like to cook can find homemade pasta and ragù in this market to make their very own spaghetti alla Bolognesa. 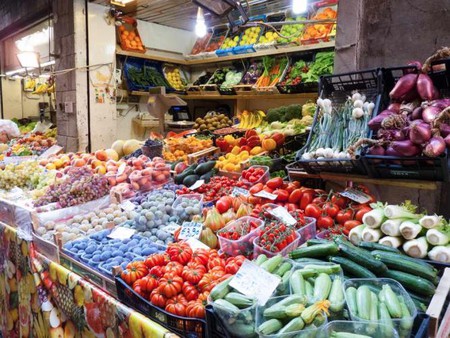 These two towers are a landmark of the city. Legend has it that any student who climbs Torre Asinelli will not finish their degree, so expect a slightly older crowd here. Indeed for those who have finished their studies, climbing this tower is a great experience. At the top, enjoy great views of Bologna’s rooftops and of its very own leaning tower: Torre Garisenda. 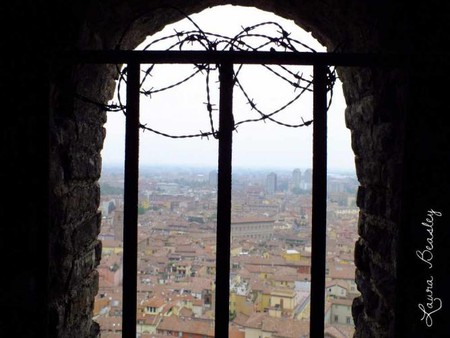 Walk around the Porticoes

Apart from the arcade leading up to the Santuario di Madonna di Luca, there are many other porticoes in Bologna. The city has around 40 kilometers of porticoes, which were first built in the 11th century, and they are one of its unique characteristics. Tourists can explore the different types of porticoes around the city and play the classification game: Medieval, Gothic, Renaissance, 19th century. 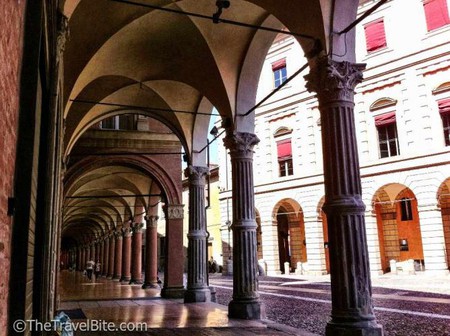 There is no shortage of options for those wanting to explore Italian cuisine in Bologna. Spaghetti alla Bolognesa is probably the city’s most famous dish, and many of the trattorias around town serve delicious plates of it. Gelato is of course, a must – the Gelateria Gianni is one of the best – as well as Parmigiano Reggiano and Balsamic vinegar. Going to an aperitivo – many restaurants offer a deal where diners order a drink and get free access to a buffet for dinner – or dining at a rooftop terrace with a 360 degree view of Bologna are also great ways of getting to know the city. 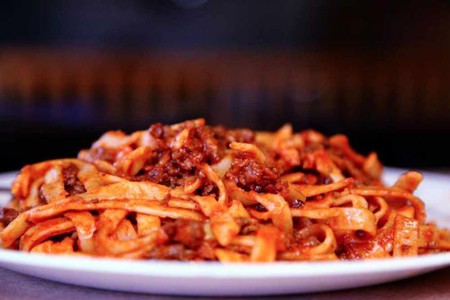 Bologna used to be part of the Roman Empire, but today that heritage is not obvious to the naked eye. Whilst many people know that the Sala Borsa Library has a glass floor through which visitors can see Roman ruins, most are not aware that there are actually remains of an ancient Roman road conserved to this day in the city center. Visitors interested in finding this hidden road should head to Roche Bobois, a furniture store on Strada Maggiore, and downstairs they will discover a glass wall, behind which is the cobbled Roman road, where track marks from Roman carts can still be seen.

Bologna is home to the oldest university in the Western hemisphere (it was founded in 1088) and a visit before leaving is an absolute must. The Teatro Anatomico is one of the most beautiful parts of this university; a wooden room replete with beautiful details on the walls and ceilings. Medical students used to watch autopsies here, and seats are rumored to be particularly uncomfortable to prevent anyone from falling asleep during the classes. 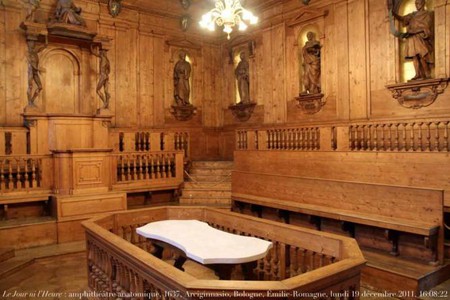