The Story of Befana, The Italian Santa Claus 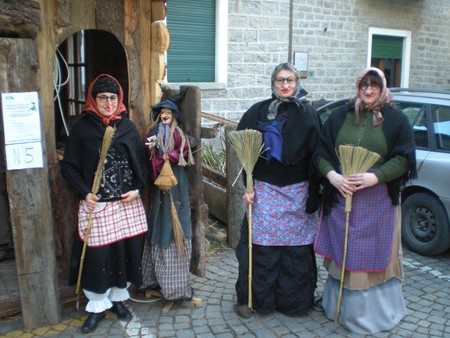 Italy is a historically Catholic culture with many holidays, traditions and beliefs coming from biblical and religious roots. They celebrate many more national holidays from the Christian religion than some other countries and therefore have more traditions for the holidays. In the Western world we have Santa Claus and Italians also believe in Old Saint Nick during Christmas. However, there’s another holiday they celebrate that has a similar concept of Santa with some similarities to Krampus from other European countries. Befana is a folklore tradition attached to a January holiday, but has some unusual characteristics that go along with it.

Befana is said to be an old woman and many refer to her as a witch, who visits all the children in Italy on the eve of the Epiphany, celebrated on January 6. She fills the children’s stockings full of either candy or coal, depending on their behaviour the year before. Sound familiar so far? In some poor parts of Italy, the children receive a stick in their stocking instead of coal if they’ve been naughty. Befana is portrayed as a hooded old hag, similar to the type of witches we see during Halloween, covered in soot (she enters homes through the chimney) and rides a broom. She carries a bag full of candy and is said to be the best house keeper in all the land due to her habit of sweeping the houses of the children she visits before she leaves.

The children are told that she will give them a swift thump from her broomstick if they try to see her when she arrives, but the tradition could just be to keep kids in their beds. To be gracious and thankful hosts, families leave her a glass of wine and a bit of their traditional local food to refuel her for the rest of her journey. So, Santa gets fat and jolly from all the sweets families leave for him and Befana drunkenly rides her broom from house to house leaving candy. 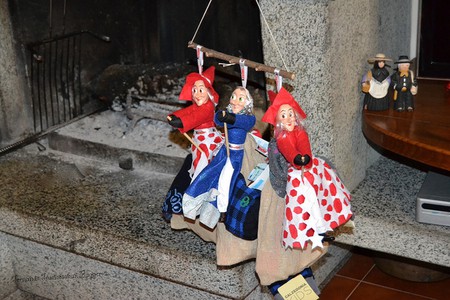 If the legend didn’t date back so far, it would seem like the Italians just mixed western Halloween and Christmas traditions to create their own January celebration. While encompassing early Christian and Roman traditions and celebrations, many of which we still celebrate today such as Christmas gift giving and New Year’s celebrations, some anthropologists have also tied some aspects of tradition of Befana to some pre-Christian elements of the Neolithic period and some Celtic aspects as well. There are a few different legends of how Befana started.

One story says the Three Wise Men from the Bible stopped to ask her for directions a few days before the birth of baby Jesus. She did not know and although she couldn’t help them, she did offer them food and shelter for the night. She had such a pleasant and tidy home and the Three Wise Men were so pleased, they invited her to accompany them on their journey to find baby Jesus. She declined as she had much housework to do, but later had a change of heart. It was too late, so she left on her own search looking for them and baby Jesus, leaving candy or fruit for the good children and coal, onions or garlic for naughty children. A variation of this story also says that she saw a light in the sky and went to follow it thinking it would lead her to the infant. She continues to look and even though she hasn’t found him, she still leaves gifts for all the children, because the goodness and innocence of Jesus can be found in every child. 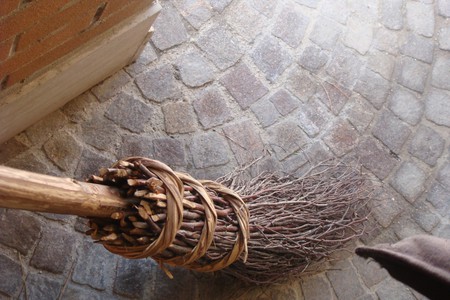 Another Christian story that takes a darker turn says Befana was an ordinary mother who was suffering from the loss of her child. She went crazy with grief and when she heard about the birth of Jesus, she went to find him in the delusion that he was her son. She eventually met Jesus and presented gifts to make him happy. He was overcome with joy and gave her a gift in return, to be the mother of every child in Italy.

The modern day Befana is now celebrated throughout Italy. Some regions where the religious holiday of the Epiphany is held in a higher regard, such as Umbria, Le Marche, and Latium, have big festivals and markets, and many people like to dress in costume as Befana. Every child is naughty at least some of the time, so it has become normal that each child gets a little lump of “coal”, rock candy made with black caramel colouring in their stocking among the other candy. Some places celebrate Befana more than others such as Piazza Novana in Rome, where you can find some candies and mini coal candy on sale during the Christmas and Epiphany market where lore says she shows herself in a window at midnight, bringing a crowd to “see” Befana every year at midnight in early January. It is an annual tradition for many families to wait in the piazza at midnight and pretend to spy Befana up in a high window, fooling the kids.

Traditions are part of what make each culture unique, and this Christmas and Halloween hybrid is definitely unique to Italy. House cleaning witches on brooms, candy or coal in stockings, and all in the name of the biblical holiday of the Epiphany. Befana is an interesting folk tradition in Italy that keeps the children behaving and something to look forward to after the Christmas and New Year holidays.