The Story Behind Rome's Aventine Keyhole

The keyhole of the Knights of Malta is one of the city’s more intriguing off-the-beaten-path sights. With its uninviting door and perfectly framed view of Saint Peter’s Basilica, it has become a favorite stop for travelers looking for alternative attractions in the city. It is common to see visitors queue up in front of the impenetrable door to take a peek, and many try to capture it with their camera — however, the view is one that can be truly experienced only in person.

The keyhole is part of the property owned by the Priory of the Knights of Malta, a Roman Catholic religious order of crusader knights that originated in Jerusalem in the 11th century. It is the oldest surviving chivalric order in the world and is a sovereign entity under international law. The estate also hosts the embassy of the Order of Malta to Italy. 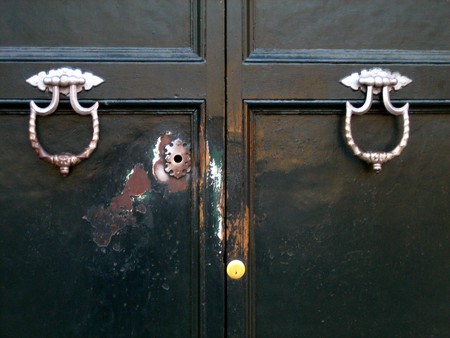 The fortified residence originally belonged to Alberic II, a nobleman who ruled Rome from 932 to 954, and later became a Benedictine monastery in the 10th century. With its strategic location on Aventine Hill and advantageous view over the Tiber River, it was a natural choice for the seat of the Knights Templars when they came to power in the Middle Ages. When the order was defeated in the 14th century, the property was passed on to the Knights Hospitallers, the predecessors of the current order now referred to as the Knights of Malta. 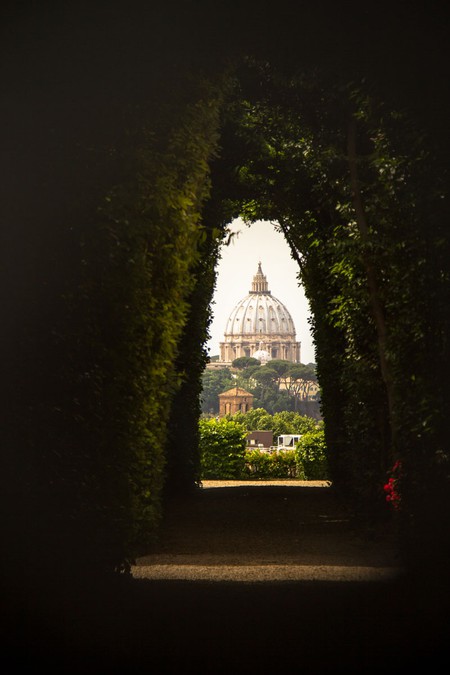 Peering through the keyhole | © Flickr/thewannabeartist

The property lies in the piazza Cavalieri di Malta, designed by Giovan Battista Piranesi in 1765. According to Roman legend, Aventine Hill was imagined as a sacred ship that would eventually set sail for the heavens, so Piranesi incorporated many nautical elements and symbols into his designs. The ornamental door symbolized the entrance to the ship deck while the manicured gardens within were the ropes and rig of the ship.

It is unclear whether the keyhole was aligned with St Peter’s dome on purpose, though the position of the door and the trimmed hedges seem to suggest this beguiling view was planned.

The gardens can be viewed by appointment only. 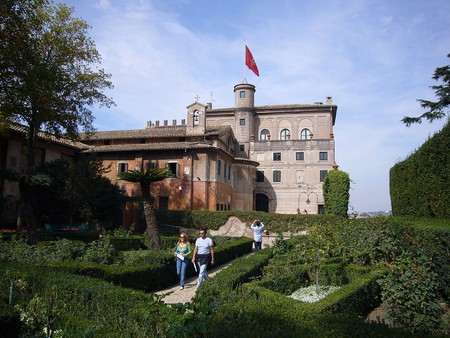 Priory of the Knight's of Malta | © WikiCommons
Give us feedback