The Story Behind Juliet's Balcony in Verona 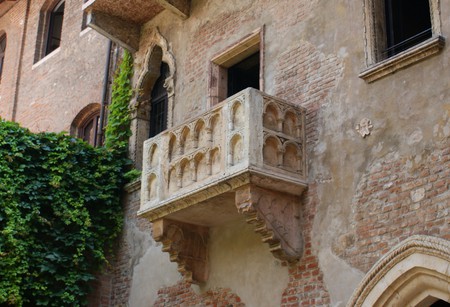 When it comes to romance, some seem to prefer fantasy to reality. The house in Verona that has been billed as Juliet’s, is on the whole fluff covered with touristic fairy dust. Shakespeare’s Juliet wasn’t based on a real person, and the house doesn’t have any relation to the story. Nevertheless, you’ll always find big crowds of people from all over the world who come here to live the fantasy. 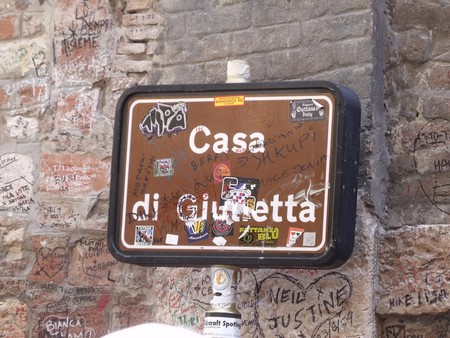 Shakespeare set many of his plays in invented worlds that were on the border of truth and fiction. He wrote about ancient Rome, a distant land called Illyria, an unnamed island haunted with spirits, European courts like Navarre and Aquitaine and the Italian city-states of Verona, Padua and Venice. He often drew from popular oral traditions for the shape of his plots.

Romeo and Juliet was inspired by the Arthur Brooke poem, The Tragicall Historye of Romeus and Juliet, which was published in 1562. Brooke’s version was inspired by older works by Italian writers, including Luigi de Porto and Matteo Bandello, who told the story of Romeo and Giuletta and the deadly feud between the families Montecchi and Capelletti. These names are also mentioned in a verse of Dante’s Purgatory, published the mid-1300s, though his poem includes nothing about star-crossed lovers.

The house was once inhabited by the Cappello family—a name similar to the Italian version’s Capelletti—and dates back to the 13th century, though the famous balcony wasn’t added until the 20th century. The courtyard boasts a statue of Juliet, and visitors can partake in the popular ritual of rubbing her right breast for luck in love, though she herself had very little. Inside the house, you’ll find a small and immensely crowded museum with Renaissance-era costumes and the actual bed used in Franco Zeffirelli’s 1968 film adaptation of the story. The gift shop is the crowning glory of the kitschy romantic vibe.

Although most everything about this house is fiction, the emotions that draw people to it are real. The walls beneath the balcony are completely covered by graffiti scribbles and notes from visitors asking for guidance in love, many of which are attached with chewing gum. The notes tell the stories of the visitors’ pasts, their problems and their hopes for the future. However, the Verona city council set new regulations to prevent the practice, as the gum was damaging the walls. Instead, they’ve provided removable panels for anyone who wishes to partake in the custom. It seems all that mess of paper scraps, chewing gum and human emotion might be a little too much reality for a fantasy house. 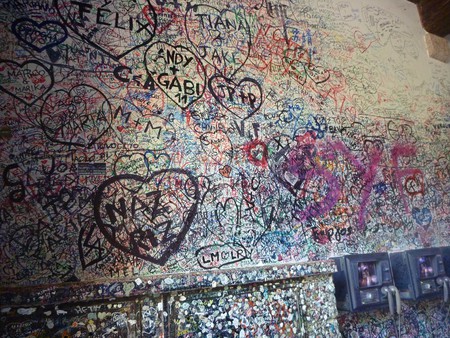 The dreamy custom of leaving letters for Juliet actually inspired the equally dreamy Hollywood movie Letters to Juliet [2010], which tells the story of an American tourist who finds a long unanswered love letter shoved among the bricks. Of course, a search for the intended recipient ensues with reflections on the brief bout of young love with an Italian hunk named Lorenzo who inspired it. Long live romantic fantasy!