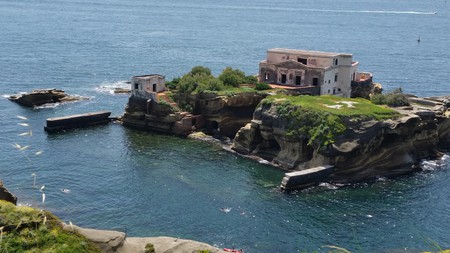 Isola della Gaiola is a small but beautifully formed island just off the Gulf of Naples, where the rocky shores are lapped by emerald waters clear enough for glimpses of the submerged ancient ruins below. There’s even a private villa from which to enjoy the spectacular panoramic views. Yet the island remains abandoned, and many locals refuse to go near it for fear of becoming the next victim of the island’s curse.

The island actually comprises two islets connected by a narrow stone bridge just a few metres in length. At one time, it was known as Euplea and was considered the protector of safe navigation. 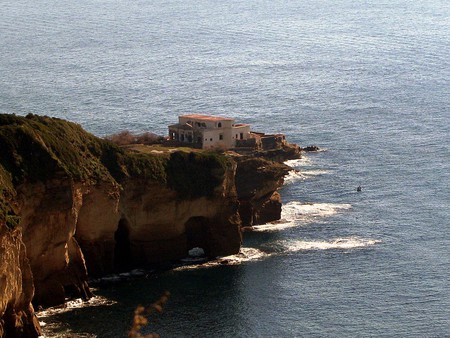 Noble Romans built holiday homes across this scenic stretch of coast, and the remains of an Imperial Age villa can be seen today in the clear waters surrounding the island. Some scholars believe that Virgil, one of Rome’s greatest poets, taught here. So, where did it all go wrong for Isola della Gaiola?

The run of bad luck might have started in the 1800s when a hermit known as Il Mago, or The Wizard, lived on the island. Isolated from the community, save for the occasional hand out from local fisherman, Il Mago lived a solitary existence, so there was no one to provide an explanation when he simply vanished without trace, never to be seen again.

Luigi de Negri was the next resident. He built the spacious villa that still stands on the island today. But he suffered financial ruin shortly after. 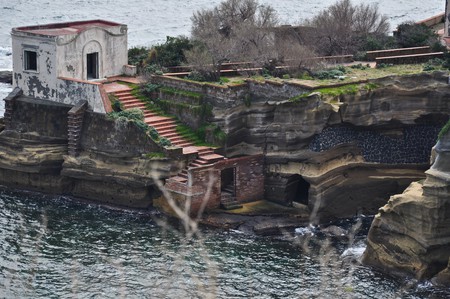 In 1911, Captain Gaspare Albenga was piloting his ship around the island, apparently considering buying it, when he crashed into rocks and drowned. Some sources say the story was even more dramatic and that his ship didn’t sink, but it actually disappeared, along with the captain himself.

More misfortune followed in the 1920s when the Swiss owner of the villa, Hans Braun was murdered, his body found wrapped in a rug in his own home. His widow drowned in the sea shortly after. The next owner had a heart attack, and another committed suicide in a mental hospital.

Italians are a superstitious bunch, so it’s always possible that these stories might have become exaggerated with time. A cable car once connected the island with the mainland, but there doesn’t seem to be any evidence to prove the tale of a woman swept out to sea while riding it in 1926. The misfortunes suffered by the villa’s more modern residents, however, are well publicised.

The island once belonged to Gianni Agnelli, the head of Fiat who transformed the Italian company into a global brand and became Italy’s richest man in the process. Despite his success, Agnelli experienced many personal hardships in his life. His son’s body was found under a bridge in an apparent suicide, and his nephew died of a rare form of cancer at age 33.

Billionaire tycoon John Paul Getty was the next high-profile person connected to the island. In 1973, the Calabrian mafia, known as the ‘Ndrangheta, kidnapped his grandson. The kidnappers eventually sent him the boy’s severed ear in the post, prompting Getty to hand over nearly $3 million for his safe return.

Today the island is part of the Gaiola Underwater Park, a protected marine area owned by the region of Campania. Those who are brave enough to ignore the curse can reach Isola della Gaiola with a short swim from the mainland.