The Sporting Moments That Define Rome 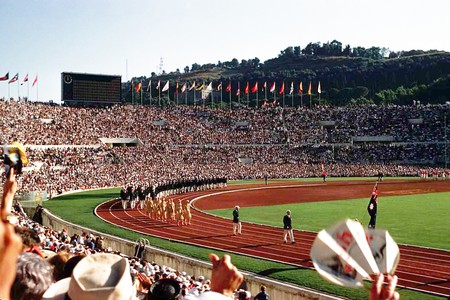 From historic events to one of the most heated rivalries in soccer, Culture Trip guides you through the sporting moments that have, and continue to define Rome.

Two of Italian soccer’s “seven sisters” (a term coined for the seven biggest football clubs during the 1990s) come from the country’s capital: AS Roma and SS Lazio, who meet at least twice every year at Stadio Olimpico. Roma was formed in 1927 when three clubs merged at the request of the country’s fascist dictator Benito Mussolini in a bid to challenge the dominance of the clubs from the north. The only club in the city to resist the merger was Lazio and the bragging rights to the city have grown ever since. Both clubs (like many in Italy) have aggressive factions of fans, or ultras, who yield great power over the clubs, and the rivalries between Roma and Lazio ultras are arguably the country’s fiercest.

The only time Italy hosted the Summer Olympics was in 1960. Rome was awarded the Games in 1908, but after Mount Vesuvius erupted two years earlier, it was passed on to London. Among the highlights of the 1960 Games were Wilma Rudolph’s three gold medals on the track, the Pakistani men’s hockey team beating India (who’d won every men’s hockey gold since 1928) and winning Pakistan’s first Olympic gold medal, and boxing’s light-heavyweight gold medal being won by a certain Cassius Clay.

It was very early on during his tenure that “Il Duce” latched on to the notion that Italy’s favorite sport could be a propaganda tool and he utilized a talented side brilliantly. Like Adolf Hitler and the Berlin Olympics in 1936, the World Cup two years earlier was a way of promoting fascism for political gain. Italy won the tournament, as well as the following one in France four years later (wearing black shirts to match Mussolini’s paramilitary wing along the way), and although the team was one of the strongest at the time, some of the refereeing was questionable, to say the least.

An icon is built

Between 70–80 AD Rome’s epochal monument was built. The Colosseum still stands today as a tourist haven, but it’s original purpose was to showcase ancient sport at its bloodiest. It was a place of theatre, reenacting famous battles and classical myths, but it was also were gladiators fought to the death. During the Roman Empire’s peak 80,000 spectators could fill the stands and watch slaves battle, all for the sake of sport. 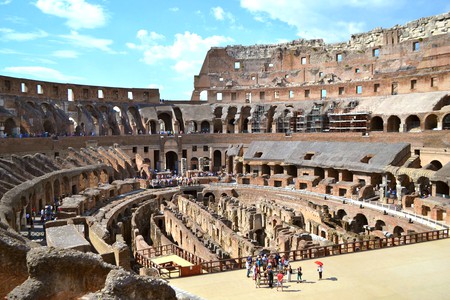 “The King” makes his debut

On the March 28 1993, Francesco Totti made his debut for Roma as a 16-year-old. Born in the city and a life-long fan of the club, the forward has become a living legend and the second highest scorer of all-time in Italian league history. He has played for Roma his entire 25-year career, captaining the club for two decades and chalking up over 600 appearances. “Il Gladiatore” has demi-God status among the red half of Rome and is the Italian capital personified.

Italy joined the Six Nations (Europe’s premier international rugby event) in 2000 and has generally struggled ever since. Among the recurring defeats, however, have been a couple of grand victories that punctuate the tournament. On March 12 2011, at the Stadio Flaminio, Italy defeated France for the first time. France was the reigning Grand Slam champions and led by 12 points in the second half, but was humbled by the home side. Italy beat France again two years later, but it was this first victory that caused tears of joy among the Italian players.

While Italy may not have won the 1990 World Cup it hosted, losing to Diego Maradona’s Argentina in the semifinal, Rome witnessed the coming of age of one of Italy’s favorite sons; “The Divine Ponytail” himself, Roberto Baggio. It may not have been until 1993 when Baggio was named World Footballer of the Year, but on June 19, 1990, in a group game against Czechoslovakia, Baggio picked up the ball on the half-way line and proceeded to announce himself on the international stage.