The Southeast Of Sicily | Top Things To See And Do

Italy boasts countless beautiful places on its territory but Sicily is a region that stands out for many reasons. Sandy beaches, lively cities with wonderful architecture, a rich history and culture, delicious food made of the best ingredients of the Mediterranean, and sun all year round – Sicily has it all. Take a trip on the southeastern coast and be prepared for a concentration of beauty that is hard to bear. 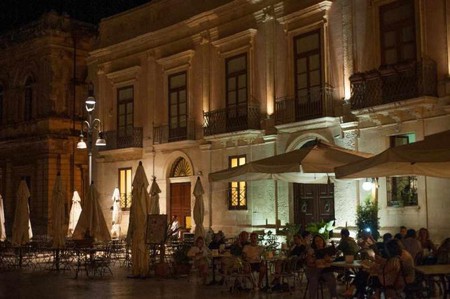 Ortigia at night I | © Pia Staigmueller

Wandering through the streets of Noto will leave visitors with eyes wide open to the overwhelming quantity of beautiful baroque buildings and churches concentrated in a single place. This small town in the Syracuse province has understandably been declared a Unesco World Heritage Site. When the wonderfully ornate buildings and balconies shimmer golden under bright sunlight and blue skies the admiration is complete. And if this eye candy wasn’t enough, it can still be topped if accompanied by some culinary delights. For the authentic Sicilian taste go to the Trattoria Fontana D’Ercole. The menu ranges from antipasti to fresh fish and seafood, but the various pasta choices on the menu will make it particularly hard to choose. The simple and yet divine pasta with pistachio pesto is a perfect example for the genius of the kitchen of southern Italy.

Every sweet tooth stopping by at Dolce Barocco for a cannolo, a piece of cassata cake or paste di mandorla, Sicilian almond sweets, will find the same difficulty of choice, but fortunately satisfaction is guaranteed in every case.

Syracuse (Siracusa in Italian) is known for its rich history that dates back 2700 years. It was a powerful city in the ancient Mediterranean and its glorious past is still visible everywhere. Greek temples with massive columns have been transformed into churches, like the majestic Duomo, formerly a temple dedicated to the goddess Athena. It is situated on the small island Ortigia, the heart of the historic town, and faces Piazza Duomo, considered as one of the most beautiful in Italy.

There is no better way to breathe in the atmosphere of Sicily than by taking an espresso sitting at one of the outside tables, surrounded by marvelous architecture.

The well-kept center with its narrow streets, lined with restaurants and elegant shops, invites a stroll. For those who would like to take home the smell of Sicily, Ortigia Sicilia offers a range of luxurious perfumes, scents, candles and other products for bath and body inspired by the scents and colors of Sicily.

Situated at the southernmost point of Sicily, time seems to stand still in Marzamemi. The main attraction of this cute town is the little piazza surrounded by small shops and bars, just a few steps from the sea and the port. It comes to life also at night when the whole town comes together to enjoy the lower evening temperatures with music and drinks. The history of Marzamemi is strongly connected to tuna-fishing and just beside the port the magnificent Tonnara evokes its rich past, characterized by fishing and the fishing of tuna. It has been restored as a venue for weddings and other events.

Tuna is still present in town and local producers offer a variety of regional specialties in their shops, such as canned tuna, bottarga, capers or dried pomodorini from Pachino, a town nearby, famous for its cherry tomatoes. Campisi also has a restaurant with delicious fish specialties on the other side of the large shop, just beside the sea.

The ideal place to try the Sicilian breakfast consisting of a fluffy sweet brioche and a refreshing and tasty granita is the Bar al Ciclope 2, situated on the main street along the harbor.

For a beachy vibe with sea view, head for an aperitivo at Blasè. Situated directly on the seaside, it is the ideal location for a moment of relaxation and offers lovely views of the town. 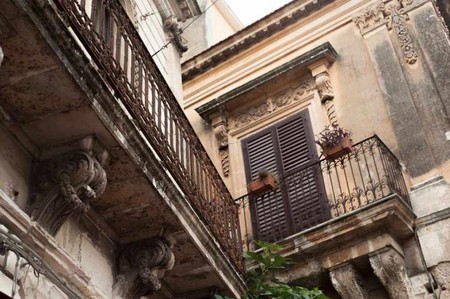 Modica is another gem in the Val di Noto. The region suffered major damage during a devastating earthquake in 1693 and entire cities were reconstructed in a style widely known as Sicilian baroque, which gives Sicily its unique architectural identity. The City consists of two centers, Upper and Lower Modica. Climb the steps of the cathedral of San Giorgio for views of the lower part of the City located in the valley. Modica is famous for its chocolate which is made from an ancient and well kept Aztec recipe, brought to Sicily by the Spaniards during their domination. Different from other versions later produced in Europe, this chocolate has never become industrial and preserves its ancient taste. The Antica Dolceria Bonajuto claims to be the oldest in Sicily, and entering this small shop with its wooden interior will give visitors a glimpse of the past. They are invited to taste the two most famous flavors, vanilla and cinnamon, and a wide range of other types with different percentages of cocoa content before leaving the city with a sweet aftertaste on their lips.

Situated on top of a hill overlooking the valley, this small town could come straight from a fairy tale. With Baroque churches and buildings as far as the eye can see, old Sicilian men chatting beside the doorsteps and linen hanging outside the windows, Ragusa Ibla is simply enchanting. The old part of the city, Ragusa Ibla, is connected to the newer one, Ragusa Nuova with a winding street that allows stunning views of the town, which resembles an enormous sand castle from above.

In an old restored building with a modern interior in an open space setting, the famous chef Ciccio Sultano has opened a ‘basilica of taste’ where he offers a large range of bread varieties, appetizers, main dishes and homemade desserts. I Banchi serves superior quality food, using the best Italian and regional products, combined with the touch of creativity you would expect from an award-winning chef.

Pia loves different cultures, languages and people and is always looking for new places to discover, to explore and to photograph. Originally from Germany, she currently resides in northern Italy. With her gypsy soul combined with her passion for traveling, she asks herself if she will ever settle down.