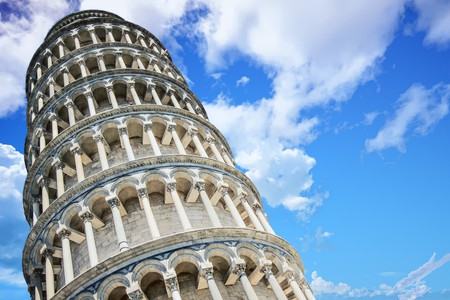 Thanks to a pretty impressive design flaw, the Leaning Tower of Pisa is one of Italy’s most iconic sights. Tilting 3.9 degrees off the vertical, the Romanesque bell tower is horizontally displaced by almost four metres and has one side taller than the other. Its precarious position has long fascinated engineers and scientists who, until now, have been unable to explain exactly how the tower has remained standing, particularly after a number of strong earthquakes have hit the area throughout the centuries.

Construction of the tower began in 1173, but after work had progressed to the second floor in 1178, it was already starting to sink. Shortly after, the Republic of Pisa was busy battling the likes of Genoa, Lucca and Florence, so construction ceased. Some experts now believe that without this pause, which allowed the soil to settle, the tower would have almost certainly toppled over.

When builders eventually finished the third floor, the tower tipped 0.2 degrees northwest. As efforts were made to correct the tilt, and as the structure grew in height, the tower ended up leaning one degree to the south.

The construction of the tower continued, as did its tilt. Engineers tried to counteract the lean by making the upper floors taller on one side, but the additional weight only caused the foundations to sink further. With the addition of a bell-chamber in 1372, the structure was finally completed.

To correct the lean and reduce the risk of collapse, engineers tried a number of tricks, including adding lead counterweights to the base and putting scaffolding on the tower’s weakest parts. By the 1990s though, the tilt had reached 5.5 degrees. 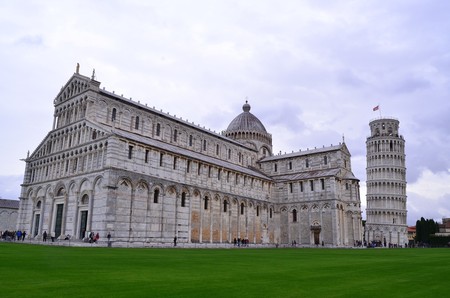 The tower and Duomo in Piazza dei Miracoli | © Maersk / Pixabay

During restoration work performed between 1990 and 2001, the north-side foundations were dug out and the tilt was reduced by half a degree. In 2008, scientists announced the movement had finally stopped and the tower, now leaning at a mere 3.9 degrees, is expected to stay put for at least 200 years.

So, given its precarious position, why has the tower remained standing all these years? How has it managed to survive, undamaged, at least four strong earthquakes in the region since 1280?

A new study has found that the tower’s resilience is all down to a phenomenon known as dynamic soil-structure interaction (DSSI). Professor George Mylonakis, from the Department of Civil Engineering at the University of Bristol, took part in the study. He said: “Ironically, the very same soil that caused the leaning instability and brought the tower to the verge of collapse, can be credited for helping it survive these seismic events”.

In other words, the tower’s height and stiffness combined with the softness of the soil, means the structure is protected during an earthquake. It simply doesn’t vibrate during the tremors. According to the researchers, it actually holds the world record in DSSI effects, so the Leaning Tower of Pisa looks safe for years to come. 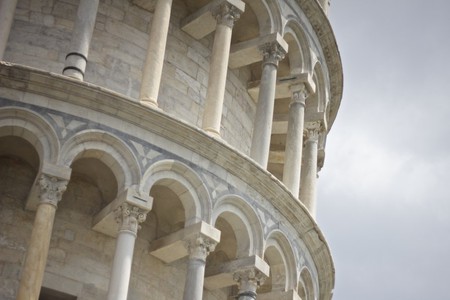 Looking for more stunning architecture in Pisa? Check out these beautiful buildings in the city.