The Rebirth of Venice's Carnival 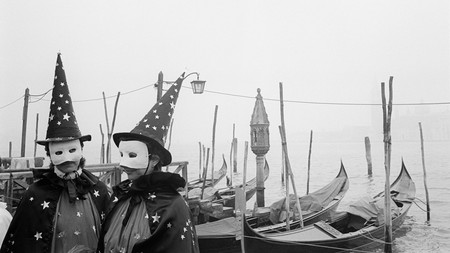 Venice's carnival was dormant for centuries, but was revived in the 1970s to great success | ©John Vink

Venice is famous for its ostentatious Carnival, but the festival as we know it is relatively new; after centuries of being forbidden in the city, the event was revived in the 1970s.

Despite its associations with decadence and revelry, it’s generally believed that Carnival, or Carnevale as it’s called in Italian, is rooted in Christian tradition, a way for the ordinarily devout to indulge before the farewell to pleasure (carne – meat/flesh and vale – goodbye) demanded by the abstemious period of Lent.

First recorded – in the charter of Doge Faliero – in 1092, and designated an official public holiday in 1296, it may be that Carnevale’s origins extend even further back to the Saturnalias of the Romans, when masked slaves and citizens shucked off the rigid constraints of hierarchy to take part in a wild dance and orgiastic ritual. 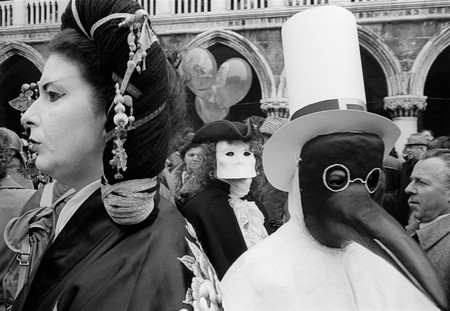 Common masks include the plague doctor and the harlequin | © John Vink

Either way, many aspects of today’s Carnevale, such as the wearing of masks, have persisted for centuries: for the lower classes, this provided a means of mocking the upper classes (although pelting ladies with eggs was formally outlawed by the Venetian Council in 1268), while for the privileged, it lubricated otherwise socially inappropriate behaviour.

In fact, according to master mask-maker Gualtiero Dall’Osto, founder and owner of Tragicomica, the function of the mask may be seen less as concealment than as revelation.

“Carnevale has always been an interesting psychological game,” he muses, “born of man’s actions, experiences and life’s notions. One can take off a mask that has been put on them by conditioning, by family, by society, by religion – and put on one which expresses their true selves. If in life, a mask is worn to shield, then at Carnevale it is worn to reveal.”

Naturally enough, the dubious activities permitted by disguise descended into criminality: weapons were concealed beneath flowing robes, men masquerading as women gained access to the quiet sanctity of convents, and faceless assaults and robberies were committed.

A series of increasingly restrictive laws began to be imposed from 1339: from the prohibiting of mask-wearing by night to the forbidding of access to churches, the imposition of masquerade laws culminated in 1608 when it was decreed that those using masks outside of Carnevale time were to be subjected to severe punishment: namely, two years in prison, 18 months of military hard labour and a penalty of 500 lire. Further laws followed over the next century, with the banning of wearing masks even in carnival time, if the context was, for example, a casino or a church. 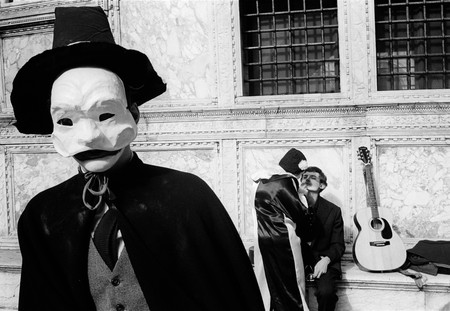 Despite this, Carnevale flourished. By the 18th century, festivities lasted for six months of the year and attracted hedonistic visitors from all over Europe, who came to drink, gamble, dance and dabble in deliciously dark deeds. With the 1797 fall of the Republic of Venice to the rule of Napoleon, however, Carnevale was outlawed for good. The Frenchman, well known for his asceticism, is believed to have been horrified by the moral permissiveness that permeated the city, restrictive laws notwithstanding – and besides, the anonymity afforded by the wearing of costumes might have all too easily facilitated subversive behaviour and the hatching of rebellious plans. If any shreds of celebration lingered into the 20th century, they were stamped out by Mussolini in the 1930s. It was not until 1979, following the loosening of social rigidity that had taken place in the ’60s and ’70s, that the authorities saw the value of reinstating Carnevale, recognising its potential to foster artisanal skill, reignite interest in the city and boost tourism in the deserted winter months. 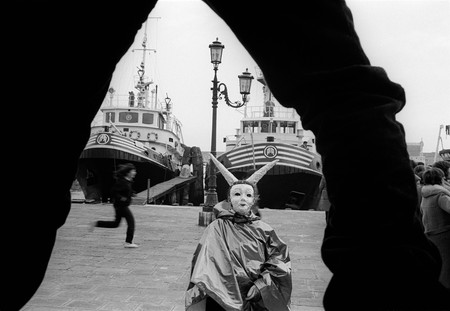 Their foresight was spot-on: today, Carnevale is a huge event that spans a two-week period and attracts around three million visitors – more than ten times the entire population of Venice. Yet, although the celebrations may have officially recommenced forty years ago, it’s a tradition that had been kept alive, on a smaller scale, for much longer.

“Families have always celebrated Carnevale by making or buying costumes for children, who went to school dressed in masks and then convened, like colourful confetti, in Venice’s squares,” says Stefano Nicolao, founder of Nicolao Atelier, who remembers the pride with which he wore, in 1957, a ‘Paperon de’ Paperoni’ (Scrooge McDuck) costume, made by his mother. 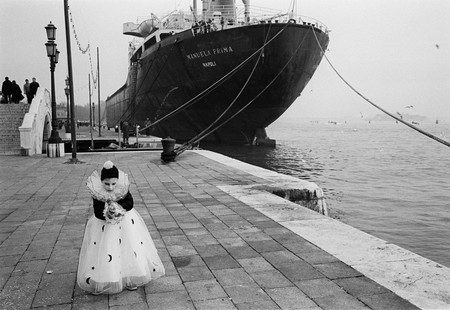 Carnevale is a time of celebration, though costumes are sometimes unintentionally creepy | ©John Vink

According to Nicolao, Carnevale was, even in the early years of its official revival, a relatively spontaneous event. “Families organised homemade costumes, with a simple cape or curled coloured tulle: the fun was in the transformation of identity,” he says. “Throughout the city, there was a sensation of joy and happiness.”

Now, however, Carnevale is a highly commercial venture, generating well over €100 million each year for the city – and while the period of festivities may not have the same social significance as it had in the Middle Ages in terms of the types of behaviours that could be engaged in, nor the relaxation of social hierarchies – its impact is felt in other ways. Now, the difference is not between nobility and commoners, but between artisans and commercialists, locals and tourists – and it’s a difference that masks highlight, rather than hide. 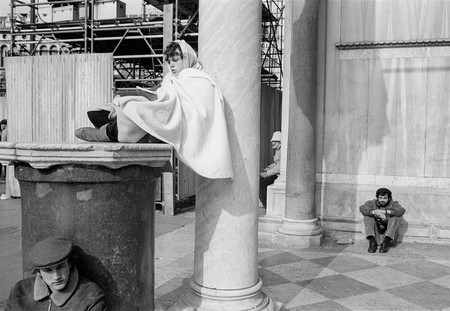 Today, Venice is full to bursting during carnival, but previously the festivities remained local | ©John Vink

In a city as fragile as Venice – a city that depends on the very tourism that is slowly destroying it – any successful venture involving a mass influx of visitors is always going to be a double-edged sword. For Venetians, already leaving the city in droves (the population has declined by nearly 70% since WWII) the flood of stranieri (foreigners) that the event attracts coats a thick layer of artifice on a place that, fairytale city though it may be visually, is actually their home.

For artisans like Nicolao and Dall’Osto, the revival of this period of abandon has undoubtedly been lucrative – but again, the benefits are not unequivocal. 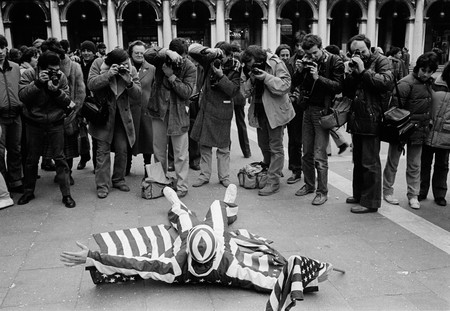 “Over the years, the demands have become more tourist-driven,” says Nicolao, whose previous creations have included a ‘phallic’ costume for Venetian artist George Spiller, drawing on Renaissance elements that resulted in a costume which was “extremely elegant, even if representing the male and female organs.” Now, he says, “There’s a proliferation of packages that include travel, hotel, costume, party at the palace, souvenir photos – and then you go home. This transformation has led to the flourishing of mask and costume shops that often have no relation to tradition, made with pure economic purpose – certainly such enterprises penalise the artisanal products which are, naturally, higher in price.”

Just as many Romans flee Rome in the hot, busy month of August, so too do many Venetians escape the throngs of Carnevale. In some Venetian neighbourhoods, however, there are annual attempts to reclaim the event, to celebrate it on the small and semi-spontaneous scale of old – gatherings with passion rather than commercialism at their proud heart.

“Venice, its metamorphoses, and creative experiences have always been very generous to me,” says Dall’Osto. “Costumes and masks are the seductive reflection of this ephemeral city which, like a woman, cyclically transforms her personality. Despite Venice these days being less inhabited by locals, and attracting fewer actors, the city still remains an excellent stage setting for someone like me, who obstinately carries on living in and loving Venice dearly.” 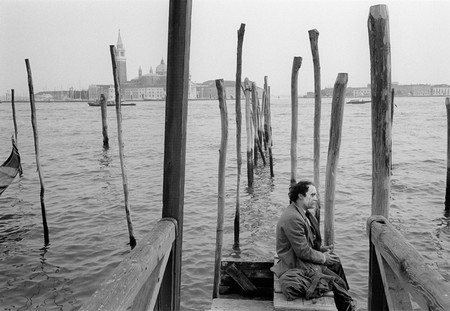 Despite the commercial influx, Carnevale is still an important Venetian tradition | ©John Vink
Give us feedback