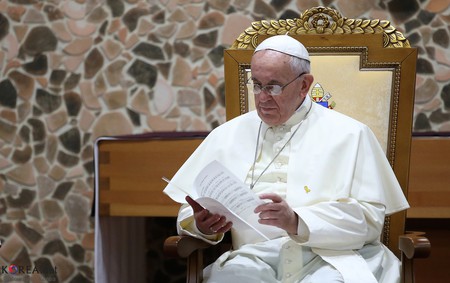 Commonly considered the most down-to-earth pontiff, Pope Francis has a reputation for being relatable, approachable and accessible, particularly for a man of the cloth. But, for someone said to be more in touch with the ‘man on the street’ than his predecessors were, His Holiness chooses to forgo some of the habits and rituals enjoyed by ordinary people all around the world. He doesn’t surf the web and, since 1990, he hasn’t watched TV. The dilemma of what to watch is universal – especially with the rise of streaming services like Netflix and Amazon Prime – but what’s the deal?

As revealed in an interview with Argentinian newspaper La Voz Del Pueblo (and later reported by the Catholic News Agency), Pope Francis limits his media consumption to just one newspaper, the Italian left-of-centre daily La Repubblica. Even then, he only spends about 10 minutes a day reading its pages. He also doesn’t surf the web at all – the Vatican updates his official Twitter account, @Pontifex.

The Buenos Aires native admitted there wasn’t some deeply profound reason for his choice, nor was it an order from up high – he simply decided television wasn’t for him.

He told La Voz del Pueblo: ‘I have not watched TV since 1990. It’s a promise that I made the Virgin of Carmel on the night of 15 July 1990. I told myself: ‘It’s not for me’.’ (The Virgin of Carmel, or Our Lady of Mount Carmel, is the title given to the Virgin Mary in her role as patroness of the Carmelite Order.)

For almost 30 years, Pope Francis has abstained from watching TV, and it seems there are no exceptions. He even misses matches played by his beloved football team, San Lorenzo, based in Buenos Aires.

‘I watch nothing,’ Francis said. ‘There is a Swiss Guard that every week tells me the results and how we are doing in the league table.’ 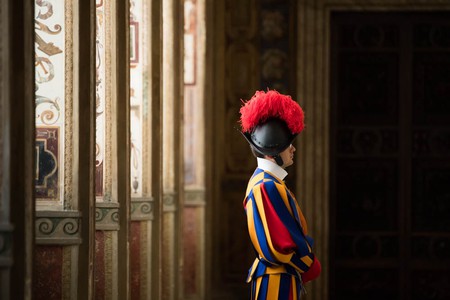 So what was happening in the world of television in 1990? Hyacinth Bucket was busy Keeping Up Appearances, Richard O’Brien was dashing around The Crystal Maze in leopard-print fur coats and cowboy boots and the original House of Cards premiered on the BBC. Across the pond, The Fresh Prince of Bel-Air’s life first got flipped-turned upside down, and David Lynch’s cult classic Twin Peaks asked, ‘Who killed Laura Palmer?’

Since then, Ross and Rachel split and got back together countless times, Big Brother went from fascinating cultural experiment to vehicle for the fame-hungry, and the world learned that when you play the Game of Thrones, you win or you die.

That’s a lot for the Pope to catch up on.