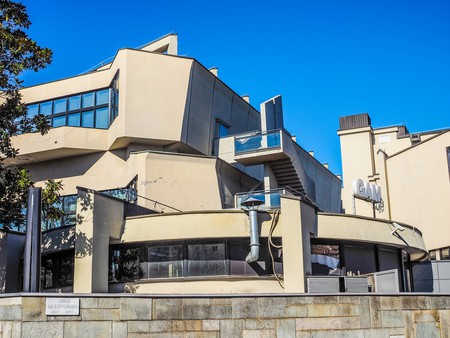 This walking guide follows a route within central Turin but outside of the historic (and touristy) centre. Journey through a neighbourhood renowned for its wealth of Stile Liberty architecture, stroll by the babbling Po River and finish in a district buzzing with bars, restaurants and live music venues. We’ve also pinpointed the best places to eat and drink along the way.

In the early 1900s when Art Nouveau was born in France, several Turinese architects appropriated the style and referred to it as Stile Liberty. You can spot the curved lines, floral motifs, stained glass windows and illustrated plasterwork on buildings throughout the city but in some neighbourhoods, it is more prominent. The area defined as ‘Cit Turin’ in the north west of the city centre has a concentration of exemplary Art Nouveau architecture. Using metro stop Principi d’Acaja as a starting point, explore the network of small streets north and south of the large road Corso Francia. Look for Via Pietro Bagetti, Via Duchessa Jolanda and Via Abate Vassalli. 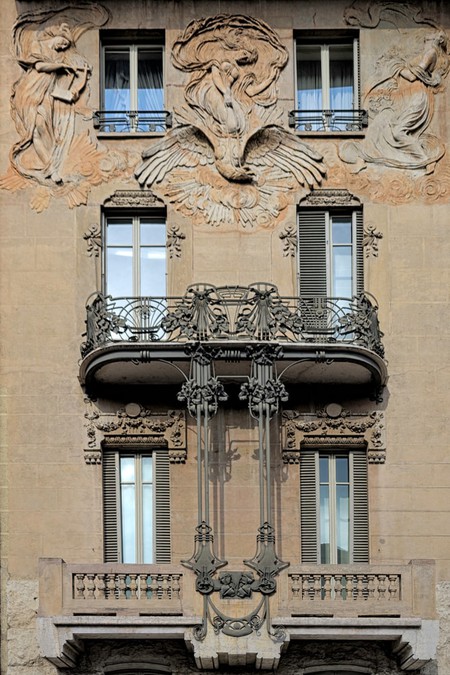 In both feeling and food, Le Papille is rooted in the idea of an inviting kitchen. The café-cum-bistro is homey and rustic, yet refined and chic, serving simple Mediterranean (mostly Italian) dishes. If you arrive in the morning you can enjoy a frothy latte or warming ginger tea with fresh pastries and cakes, lunch is served from the counter and changes daily, and in the evening there is both aperitivo and à la carte from 6pm.

A Brutalist icon and San Salverio

From Cit Turin head southeast towards the San Salverio neighbourhood and Parco Valentino (circa 45 minutes). En route you can walk past the iconic Brutalist building of the Civica Galleria d’Arte Modern, on Via Magenta. In 1951, the city of Turin issued a nationwide competition to design a new site for the gallery. The commission was awarded to architects Carlo Bassi and Goffredo Boschetti, who were not yet 30 years old. The brief called for an innovative, futuristic museum space, and the result is a concrete Brutalist wonder. Founded between 1891 and 1895, GAM was the first civic museum of modern art in Italy. As you wander through the diverse and lively San Salverio, you’re likely to come across musicians playing in the street or a pop-up market.

Finding somewhere that serves good tea can be quite difficult in the land of coffee, but, as implied in its name, that’s not the case at Teapot. The shelves are packed with jars of loose leaf tea varieties and cakes and pastries nestle under glass bell jars. They serve tea and cake all day but also offer breakfast and lunch, with the addition of brunch on weekends. The vegan-friendly menu changes daily/weekly and features things like pancakes and burritos in addition to more typical Italian dishes such as veal stew. It is all very reasonably priced. Inside, it’s kitsch, quirky and inviting and out front there is a decking area. Teapot is located closet to Parco Valentino so is ideal for a pit stop after a walk in the park or along the Po River.

Al Gatto Nero is tucked away on a quiet residential street outside the historic centre of Turin, yet everyone knows about it. It started life as a Tuscan trattoria in 1927 before upgrading to a more formal restaurant in the 1950s. It is still owned by the founding family, and the maître d’, Andrea Vannelli, is one of the grandchildren. The heritage of the restaurant is reflected in the sumptuous, traditional menu. For example, try an appetiser of red tuna bottarga on soft potatoes, a primi piatti of parpadelle ragu that has been slow cooked in Barbaresco red wine, followed by a rich meat dish of veal, gruyere and prosciutto or whole roasted orata with leccine olives. All Gatto Nero was awarded two Michelin stars in the 1960s, but, undeservedly, lost them in the 1980s when competing with the rise of exotic and nouvelle cuisine. The dining room is perfectly unassuming, warm and elegant: white linen tablecloths and sleek mid-century furniture are set against red brick walls and a large stone hearth. 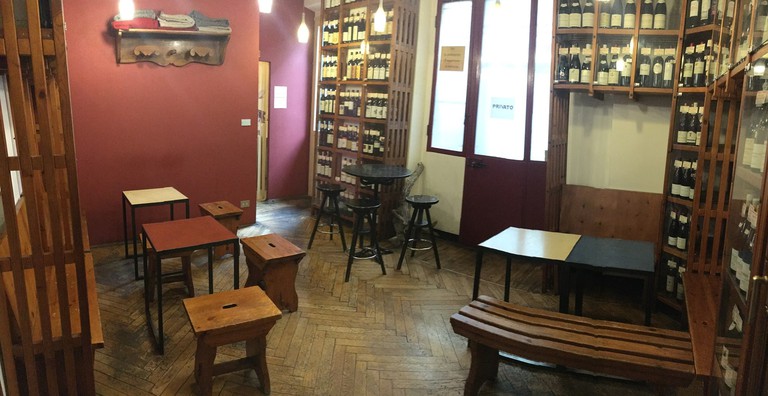 This traditional enoteca was founded in 1908 and has retained an old world charm; the wine is stored in classic wooden shelves and guests sit together at the long benches. It is the perfect place to sample Piedmont’s famous wines such as Barolo and Barberas. The service is simple and effective – choose what you wish to drink directly from the shelf and enjoy with a board of cheese, cold cuts or small appetizers. Vinarium Enoteca is located in the young, lively San Salvario neighbourhood but the crowd here is typically very mixed. There is also a cute, vine-covered terrace at the back. Beware, it shuts at 10.30pm.

Parco Valentino and the Po River

San Salvario backs onto the French style park, Parco Valentino, on the west bank of the River Po. Amble through the park and look out for the Botanical Gardens, the UNESCO world heritage site and former Savoy residence, Castello Valentino, and Borgo Medievale, an odd mock-medieval settlement built for the 1844 international exhibition. Exit to the north of the park in the direction of Quadrilatero Romana (circa 40 minutes). En route you will pass through the historic centre and all of its familiar squares and buildings. 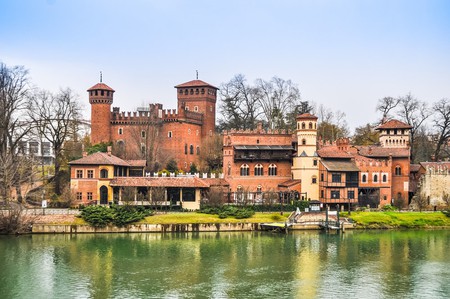 Quadrilatero Romana is one of central Turin’s liveliest neighbourhoods. This area is located between Porte Palatine, via Garibaldi and Corso Siccardi, where an ancient Roman settlement once stood. The area is characterised by beautiful historic buildings that are home to unique shops, bars and restaurants, as well as remnants of former Roman structures. It is largely pedestrianised so always has a buzzy atmosphere, but particularly in the evening, so it’s the perfect place to end your day of walking. If you happen to arrive before 2pm, on the north side of this area you can find the famous Mercato Porta Palazzo in Piazza Della Repubblica, allegedly the largest open market in Europe. Here you can find everything from fish to footwear. 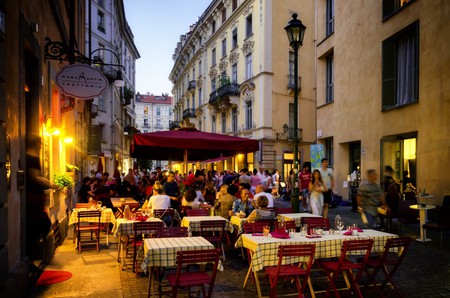 A German restaurant, run by two Germans, in the centre of Turin: the brilliantly titled La Deutsche Vita is a refreshing change from the Italian menus everywhere else. It serves traditional German dishes, celebrating different regional specialities and also promoting the lighter side of German cuisine. Of course, you will find the classic würst with sauerkraut and potatoes on the menu, but also fish and vegetarian options. You can also just come for the great selection of German beers. Long wooden benches and tables characteristic of German beer halls are set up outside.

All of the locations featured are marked on this map: