The Origin of the Saying 'Rome Wasn't Built in a Day' 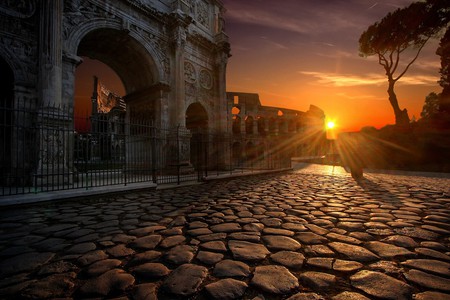 With layers of stunning architecture, an embarrassment of artistic masterpieces, countless ancient treasures and a food culture to die for, the Eternal City is one of the world’s greatest cities. Such rich offerings developed over thousands of years as it grew from small settlement to buzzing metropolis – enduring the rise and fall of the Roman Empire, the formation of the Papal States, the Renaissance and the Unification of Italy along the way. As the saying goes, Rome wasn’t built in a day. But where exactly does this phrase come from?

The first known reference to the saying wasn’t made by a Roman, or even an Italian, but by a 12th-century cleric in the court of Phillippe of Alsace, the Count of Flanders, in present-day Belgium. Recorded as ‘Rome ne fu pas faite toute en un jour’, the phrase was captured in a medieval French poem dating to 1190 that was published in the book Li Proverbe au Vilain by Swiss linguist Adolf Tobler in 1895. 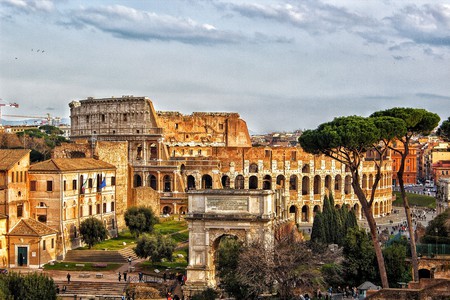 Layers of history reveal themselves in Rome | © The_Double_A/Pixabay

Three centuries after being uttered in a court in Flanders, the expression appeared in the English language in Richard Taverner’s translation of Desiderius Erasmus’ work, Adages.

Around the same time, in 1538, playwright and author John Heywood included it in his work, A Dialogue Containing the Number in Effect of all the Proverbs in the English Tongue, or Proverbs for short: ‘Rome was not bylt on a daie (quoth he) and yet stood Tyll it was fynysht. Rome was not built’.

Although appearing in a much longer form, many credit this particular usage as the point at which the expression really took off. Heywood was well known for his plays and poems, but it was his collection of proverbs that really made him famous. He might not have actually thought them all up but a number of expressions featured in his book Proverbs are still in common use today. ‘Out of sight, out of mind’, ‘better late than never’ and ‘the more the merrier’ were all documented by Heywood. 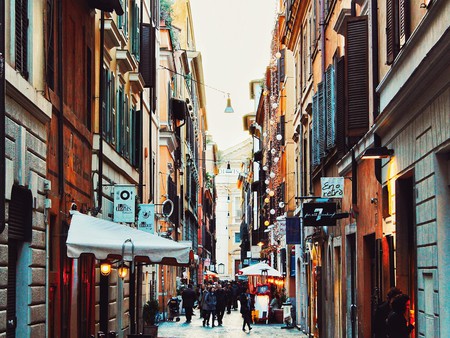 The old and new coexist perfectly in Rome | © The_Double_A/Pixabay

Shortly after Heywood’s publication, other writers began quoting or adapting the phrase and it was even used by Queen Elizabeth I in 1563 during an address in Cambridge. Good old Lizzie opted to put her point across in Latin:

In other words, ‘But this common saying has given me a certain amount of comfort – a saying which cannot take away, but can at least lessen, the grief that I feel; and the saying is, that Rome was not built in one day’.

More recently, Rome Wasn’t Built in a Day was the name of a 1962 soul song by Johnnie Taylor and a 2000 song by electronic band Morcheeba.