The Most Delicious Sicilian Street Foods You Have to Try 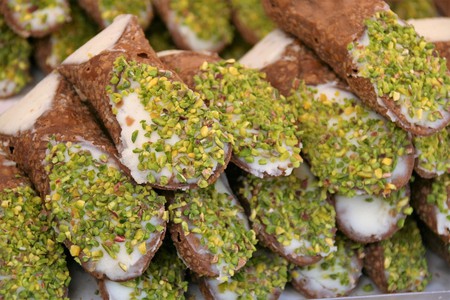 With mouth-watering treats such as cannoli, your discovery of the most delicious Sicilian street foods is guaranteed to be a winner | © Lauradibi / Shutterstock

Images that typically spring to mind when thinking of Sicily are its rich history, stunning beaches and refreshing limoncello. However, there are many tasty Sicilian street foods worth trying – have a read of these.

Want to visit Sicily? Book Culture Trip’s 10-day adventure, where you’ll be able to eat local cuisine, bounce along Mount Etna in a 4×4 and be guided through the ancient towns of Noto, Ragusa and Modica by our local insider.

Many people think cannoli is Italian, but it is actually a Sicilian street-food speciality. Cannoli is a crust tube filled with a sweet ricotta cheese filling. Although the Sicilian cannoli isn’t flashy, the flavour speaks for itself. A word of advice: never buy cannoli that have already been made or on display. Normally, Sicilian cannoli are made fresh to order with ricotta from the fridge to keep the tube at the optimum crunch. 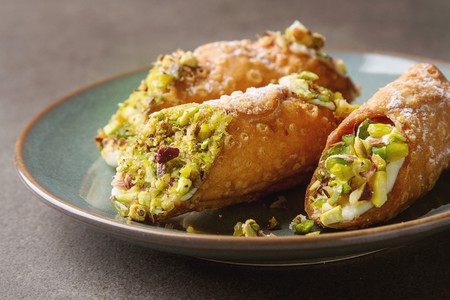 Formed into the shapes of different fruits, frutta martorana are delicious little pastries made from marzipan. Since marzipan is made from almonds, it is the perfect snack for people on a gluten-free diet. It can be quite difficult to perfect the flavour and texture. Fortunately, Sicilians have been mastering it since the Arab rule in the 900s. The taste is almondy with a slight sweetness and soft, pleasing texture. 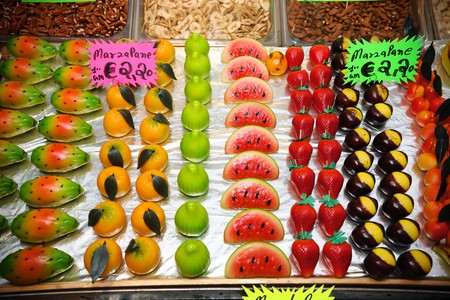 Arancini are fried rice balls of deliciousness that will ignite your taste buds. They’re breadcrumb-coated and filled with an assortment of ingredients – typically meat and tomato sauce or ham and mozzarella – and are the perfect mixture of texture and flavour. Some Sicilian street-food stalls serve them baked instead of fried, which is a much healthier option. 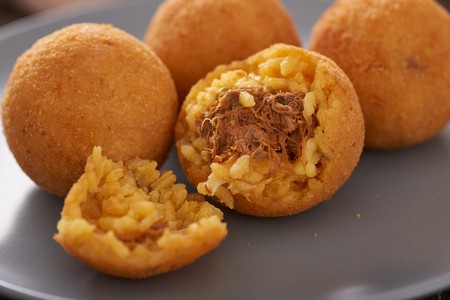 If you’re looking for a healthier version of arancini, opt for baked rather than fried | © Antonio Danna / Shutterstock

Otherwise known asSicilian pizza, Sicilian sfincione has a fluffy crust – unlike the thin crust of its Italian cousin. A typical sfincione has a deep, thick rectangular crust with tomato sauce, sardines, herbs, cheese and onions on it. Some places like to put the tomato sauce on top of the other ingredients to keep the crust from getting flat and gooey – either way, it’s delicious. 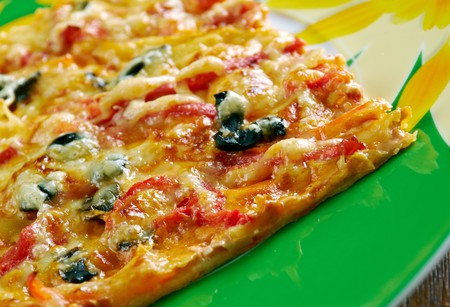 One of the best Sicilian summertime snacks is a brioche con gelato. This wonderful ice-cream sandwich puts traditional ice-cream cookie or wafer sandwiches to shame. The brioche bread is light and fluffy – while still strong enough to hold the gelato. Be warned: the first time you eat this indulgent treat, you will almost certainly make a mess as the gelato pours out of the brioche – it’s best to sit down and enjoy it before it melts. 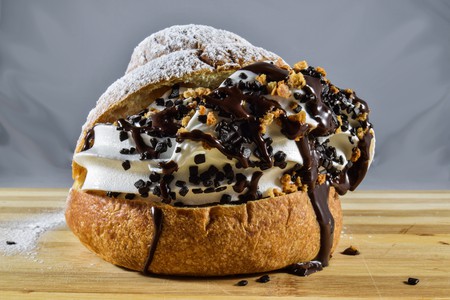 This is a Sicilian street food you can find on the corner of most places across the island. It is a bread bun filled with lamb spleen and lungs. The meat is cooked in its own fat or lard and stirred for a while after someone has ordered it – giving it a good hearty flavour. It is a ritual, so have patience. Traditionally, it’s served with lemon or mozzarella cheese on top. 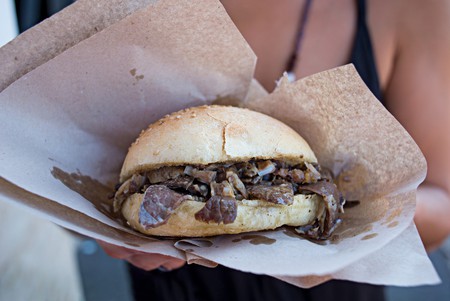 In English, carne di cavallo translates to horse meat. Try not to be alarmed – it’s quite the delicacy in Sicily and other parts of Europe. It may be hard for many horse lovers to try this, but it is considered one of the best meats in the world. It comes in many styles, including hamburgers, sausages, fillets – and even whole hearts. An easy way to start is with horse burgers because it resembles beef – the burgers and sausages are tender and juicy, sometimes filled with a mixture of mozzarella, pepper and salt. 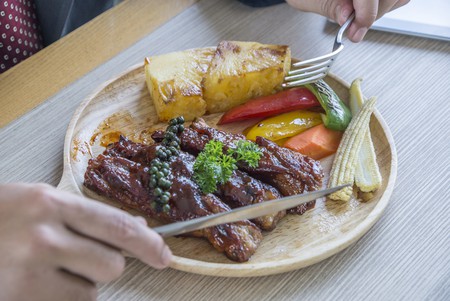 Another wonderful recipe brought to Sicily by the Arabs is caponata – a savoury dish mainly made from aubergine. Depending on the region of Sicily, different ingredients are added – such as capers or swordfish. This Sicilian dish has a slightly bitter flavour and is delicious eaten as a main meal or as an appetiser. For a more exotic taste, try adding a small amount of dark chocolate on top. 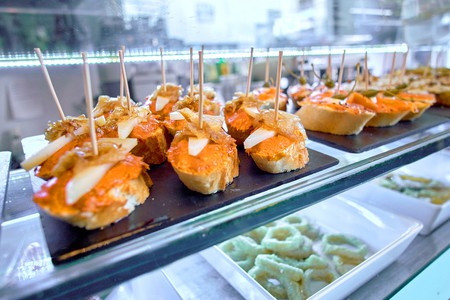 For an exotic take on caponata, try adding dark chocolate on top | © Razvan Ionut Dragomirescu / Shutterstock
Give us feedback