The Most Beautiful Places Along the Amalfi Coast 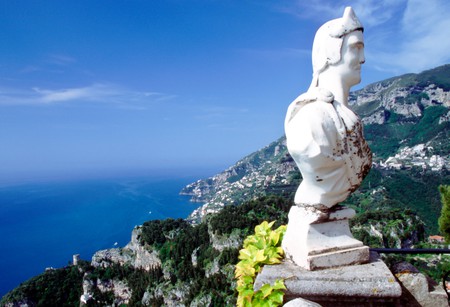 The Italian poet Renato Fucini is credited with declaring that for the inhabitants of the Amalfi Coast who reach paradise, it will be a day like all the others. Such is the beauty of this place. Steep mountain slopes covered in green and terraced lemon groves, water that changes from deep blue to transparent turquoise, painted villages and soft pink skies are just the beginning. These are a few of the most beautiful places along the Amalfi Coast.

The play of light from the limestone walls of this cave to the crystalline water below create a deep emerald glow. This has been a very popular stop on the Amalfi Coast since the 1930s, when local sailor Luigi Buoncore spread the word about the grotto. Take a small wooden rowboat from the town of Conca di Marini to experience this natural wonder.

The Terrace of Infinity | ©GregWillis/Flickr

The town of Ravello is already a ravishing place. Suspended between the sea and the sky, it is a refuge from the crowds that are an inescapable part of visiting the Amalfi Coast in the summer season. Part of the grounds of the private Hotel Villa Ciambrone, the gardens were modeled on a traditional English garden under the watchful eye of English gardener Vita Sackville-West in the early 20th century. Relax among the flowers and fountains and enjoy the cool green oasis. Feel like you are flying with a walk along the Terrace of Infinity with its dizzying view over the terraced mountains and down to the sea. 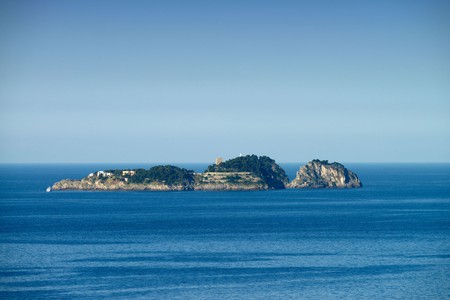 This rocky collection of three tiny islands named Gallo Lungo, Castelluccio and La Rotonda that lies just off the shoreline of Positano is literally the stuff of legends. They are said to have been the home to several sirens, who sang their captivating tunes in attempt to capture sailors to their island abode, most famously in Homer’s The Odyssey. Their name comes from the shape the three islands make, forming the shape of a cockerel. This was how sirens were first described by the ancients, before they were transformed into the half-fish half-human form we now attribute to them. In more modern times, the islands have been the summer hideaway for Italian kings and Russian dancers. Today, you can moor a boat and swim in the sea near the shores or rent the entire island for the ultimate island escape. 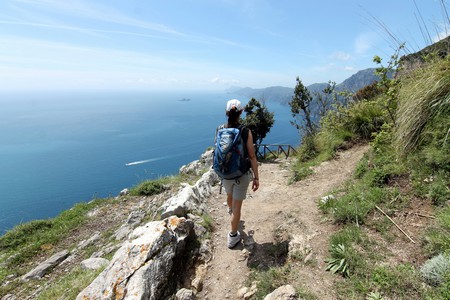 If small, rocky beaches filled with sun loungers are not your thing, head high above the fray and take a walk along the walk of the gods. The best approach for photographs is to start in the morning from the small village of Agerola and walk towards Positano, so that you have the sun behind you. This east to west walk is slightly downhill. You will walk through lemon groves and forest and may even run into a local shepherd and his flock of sheep. The trail is well marked but you can also go with a guide. The views over Positano out as far as Capri are stupendous.

Castiglione is the small wedge of beach that lies just below Ravello. With Atrani’s Church of Santa Maria Maddalena on one side and sheer cliffs on the other, this is one of the coast’s most dramatic beaches. From the main Amalfi Coast road, look for the small staircase and head down the 200 steps to the inviting clear blue water. There are two free areas and a small beach club that has a bar and rents umbrellas and sun loungers. Come here early in the day, as you loose the sun early in the afternoon as it dips behind the mountain. 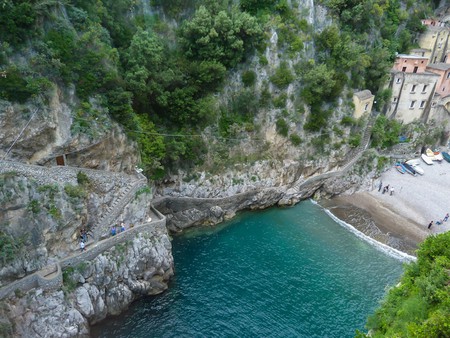 This theatrical natural wonder is technically a Ria, which is formed by a deep gorge that cuts inland towards the valley from the sea. To really get a sense of how deep the cut into the rocky cliff actually is, you need to see the Furore Fjord from the sea. From the Amalfi Coast road, there is a bridge that spans across the two edges. In early June every year, there is a diving competition where athletes from all over the world plunge almost 100 feet into the water below.