EUROPE
/
ITALY
/
SICILY
/
Things to Do

The Most Beautiful Churches in Sicily 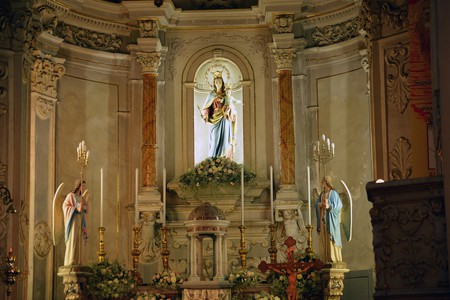 Sicily has a long and complicated history. Ruled and influenced for centuries by Normans, Arabs, Spanish and Italians, there is a cultural and architectural richness there that is a lot even for Italy. A tour of some of the most beautiful churches and cathedrals on the island of Sicily is a good starting place to learn more about this fascinating destination. 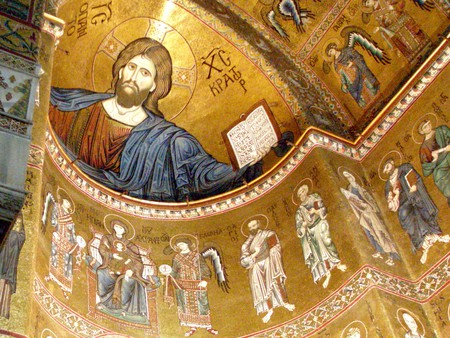 The town on Monreale is a short distance from the city of Palermo, and the cathedral there is one of Italy’s top tourist attractions. Built under the order of William II in the 13th century, it serves as one of the finest examples of Norman style architecture in Sicily. Inside, a Byzantine mosaic that cover the walls from almost the floor to the ceiling literally glitters like gold. There is a beautiful cloister with elaborately decorated columns. Look for the small door that for a small fee, you can climb the stairs to the roof above the cloisters for a view to remember. 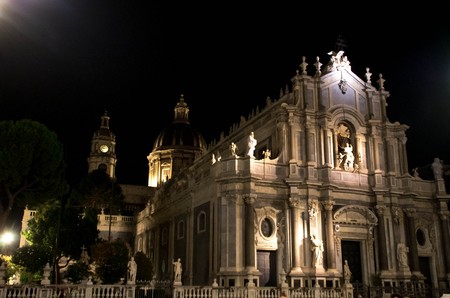 The main cathedral in the city of Catania is dedicated to Saint Agnese. The structure is a remarkable example of the Baroque architecture that flourished after the deadly and destructive 16th century earthquake in the area. Originally built on top of a Roman era structure in the 11th century, there are also traces of Norman style buildings inside the church. See if you can spot the letters NOPAQVIE. They stand for the Latin phrase ‘Noli offendere Patriam Agathae quia ultrix iniuriarum est’, which warns against any injustice towards Agatha’s hometown Catania, invoking her wrath.

A few thousand years ago, the port city of Termini Imerese was a Greek spa resort with thermal baths. Today located in between Palermo and Cefalu, you will find layers of history including Greek, Roman and Norman. The cathedral, which is dedicated to Saint Nicholas, has a particularly beautiful altar. Richly decorated in a neoclassical style, it was created by sculptors Giuliano Mancino and Bartolomeo Berrettaro in the 1500s. 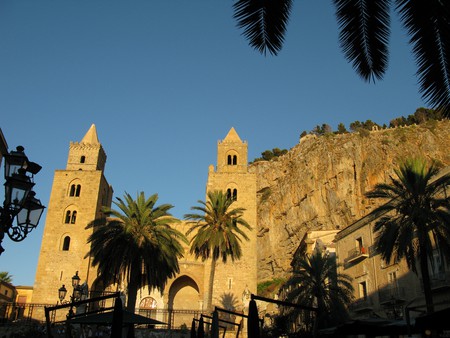 This Norman style church complex dominates the town of Cefalù. It was built in the 1100s, when this part of Sicily was ruled by the Roger II, the King of Sicily. Legend says that the location of the cathedral is the spot where Roger II landed, after escaping a terrible storm at sea. A stylistic mix of Islamic and Christian cultures flourished inside, where you will find Byzantine style golden mosaics and painted ceilings. A very modern addition of more than 70 stained glass windows were added in 1985.

It is a 20 minute climb up Monte Tauro above Taormina to reach the small shrine carved into rock, known as the Madonna della Rocca. This sweet and intimate church is a marked contrast to the monumental decorated cathedrals that are much more well known. Outside of the church, there are impressive views and a small cafe where you can rest after your taxing walk. 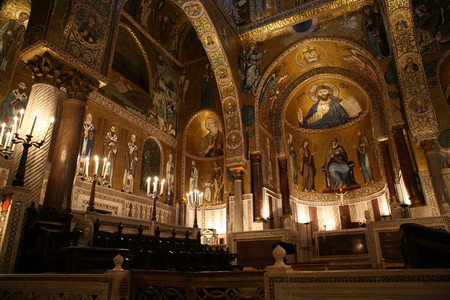 Inside the historic Palazzo Realm in the city of Palermo, the Palatine Chapel was built to serve as the royal chapel to the Norman Kings of Sicily in the 1100s. Impressive swaths of golden mosaics cover almost the entire chapel. primarily depicting Orthodox saints. Be sure to look up and admire the Islamic style vaulted ceiling, which is richly decorated with paintings of flora and fauna.