The Most Beautiful Bridges in Venice, Italy 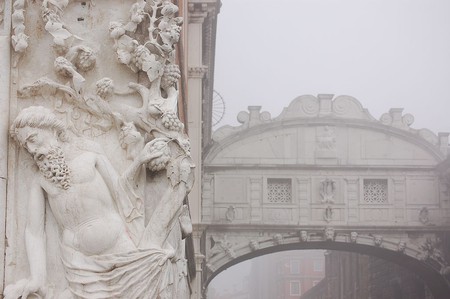 Venice is known as the City of Bridges, and for good reason. The city is made up of 118 little islands connected by over 400 bridges. Every bridge is different, and each has its own stories to tell. Here’s our guide to exploring the most beutiful and historic bridges in the city.

If Rialto is the historic heart of Venice, then the Rialto bridge must be its aorta. The structure stretching across the Canal Grande was originally a wooden drawbridge, but it collapsed several times over the centuries. In the 16th century, the bridge was finally rebuilt in stone, designed by the aptly named Antonio da Ponte. Vendors began setting up shop here the 1400s, and this tradition continues today. You’ll find shopkeepers selling jewelry, glass, and clothing all along the way. 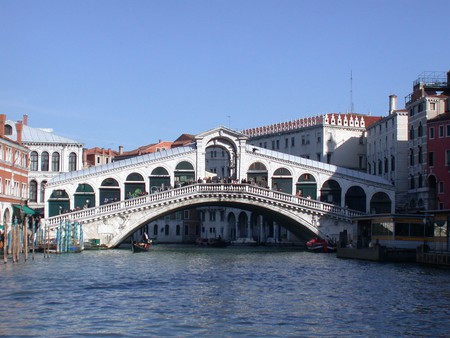 This bridge connects Campo Santa Margherita and Campo San Barnaba, and it’s named pugni, or ‘fists,’ for the fights that would happen between two rival groups: the Castellani from San Pietro di Castello and the Nicolotti from San Nicolo. The two gangs would meet here for brawls and try to throw one another in the water. You’ll see four stone footprints on the bridge that commemorate this dangerous piece of history. 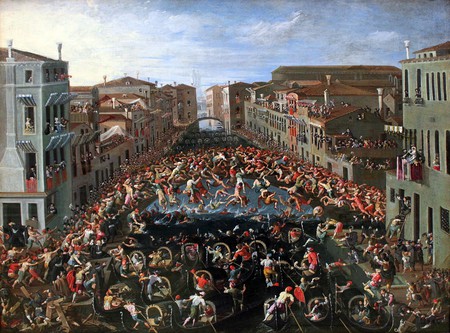 This bridge is built in white Istrian stone, connecting the Palazzo Ducale to the city’s historic prisons. Ponte dei Sospiri means ‘Bridge of Sighs,’ so called because prisoners would be brought across it from the courts in the palazzo to the prisons on the other side of the canal, where they would serve out their sentences. Through the small windows they’d get their last glimpse of the outside, giving the bridge a kind of morbid romance. You can cross the bridge if you visit the Palazzo Ducale, but you’ll get a view of the structure from the Ponte della Paglia or the Ponte della Canonica. 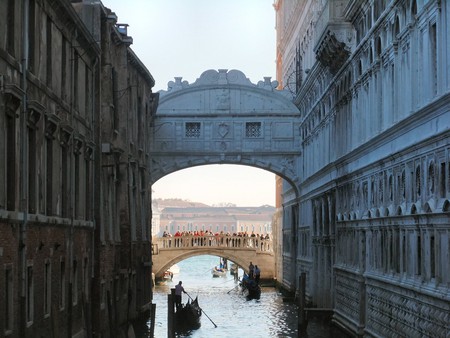 This large, wood and iron structure arches across the Canal Grande. Relatively new in this ancient city, it was built by Eugenio Mozzi in the mid-19th century. It boasts one of the most iconic views of Venice, looking down the Canal Grande towards the Salute Church. 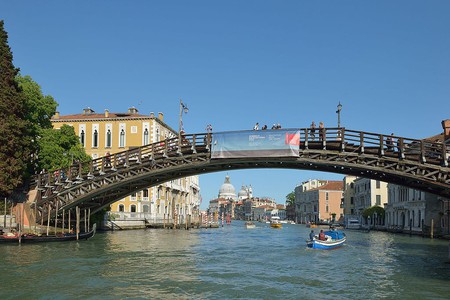 This bridge in San Polo translates to just what you think: tette, in Italian, refers to breasts. In the 15th century, the Venetian government issued a decree that allowed prostitutes to advertise their services by leaning out their windows and displaying their bare breasts. That practice is what gives the present-day bridge its delightful name. 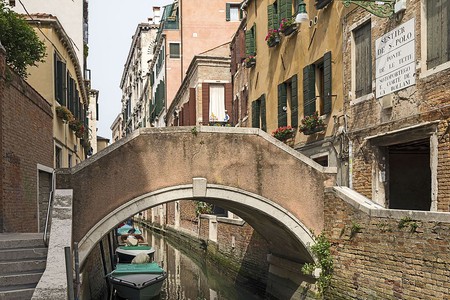