The Mixologists of Rome Share the City's Best Bars 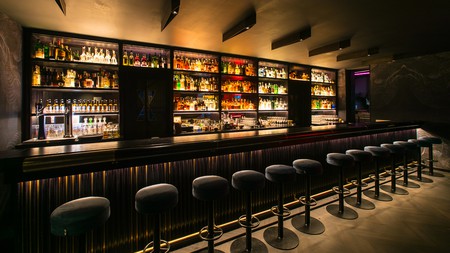 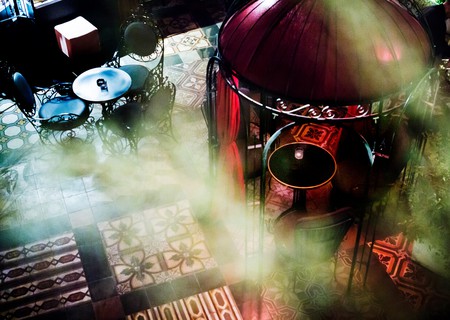 Rome’s legendary bar scene has undergone a transformation in the last 10 years, welcoming a new generation of gifted bartenders to the city. The dedication of these mixologists to their craft has resulted in some of the best bars not only in Rome, but the world. Given the myriad options for a great drink in the city, how do you choose? Here, two of Rome’s most celebrated mixologists give their insider tips on the best bars in Rome.

Riccardo Rossi began his career in London back in 2008 where he worked and managed a series of bars before moving back to his homeland. He started mixing drinks at Freni e Frizioni, one of the trendiest bars in Rome. Rossi is now the foremost expert on Peruvian Pisco in Italy and brand ambassador for Italian gin, 4312 Aquamirabilis. Now bar manager and co-owner of Freni, Rossi is as passionate as ever about Roman bar culture.

“Rome is a chaotic city, but for me, it is the most beautiful city in the world,” he tells Culture Trip. “The bar scene has grown drastically in the last 10 years, thanks to the work of great bartenders, including the younger ones who are eager to succeed.”

Cristian Bugiada and Rossi go way back – Bugiada spent 10 years bartending at Freni e Frizioni where he is now a partner. Their collaboration, along with several of Rome’s other highly esteemed mixologists, has resulted in some of the finest drinking establishments in Rome, including Bugiada’s current project, La Punta Expendio de Agave. Originally from Sicily, Bugiada’s passion for music and spirits took him to Mexico, where he further developed his appreciation for agave. In 2018, after having founded La Punta, he and fellow enthusiast, Roberto Artusio, were named Official Mezcal Ambassadors by the Consejo Regulador del Mezcal (CRM).

“Rome is a beautiful city,” says Bugiada. “The hospitality scene is one of the best you’ll find in Italy, and there is inspiration around every corner.”

Bar, Cocktails, Wine, Beer, Pub Grub, Italian, $$$
Facebook
Email
Twitter
Pinterest
Copy link
Share
Map View
Established in 2005, Freni – set in a former mechanic’s workshop in the heart of Trastevere – aims to bring the traditionally northern-Italian ritual of aperitif to Rome. This ‘street cocktail bar’ has remained faithful to its original concept over the years, while developing ever-more sophisticated offerings. The drinks list includes two seasonal signature cocktail lists plus a ‘drink of the week’, which is dedicated to classic cocktails with a twist, new products, or unique and exciting recipes dreamt up by their talented bartenders. One of their previous drinks lists was dedicated to arcade games – The Super Mario was an ingenious twist on the classic Negroni involving porcini mushrooms, and the Street Fighter allowed you to select your own float based on your favourite ass-kicking character. Pro tip: Be sure to stop by between the hours of 7 pm and 10 pm to take advantage of the huge aperitivo buffet. Don’t eat beforehand, and don’t make dinner plans for later – trust us.
Open In Google Maps
4 Via del Politeama, Roma, Lazio, 153,
+390645497499
Visit Website
Give us feedback 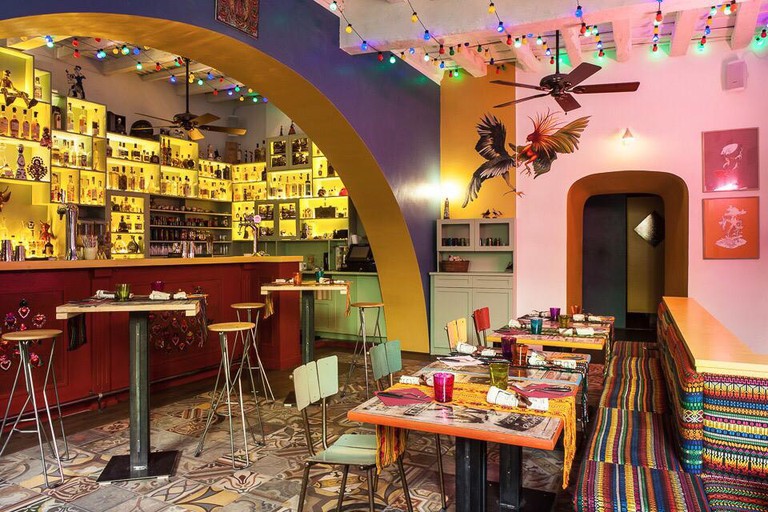 After spending three years travelling Mexico, Bugiada decided it was time to bring the spirit of mezcal back to Rome. Collaborating with people from Freni and famed speakeasy The Jerry Thomas Project, he created an incredibly popular Mexican restaurant and bar in Trastevere, just a few minutes’ walk from Freni. On the first floor you’ll find a contemporary Mexican kitchen, specialising in traditional Mexican food and a range of Mexican cocktails, mixed from their 600-strong collection of spirits. The drinks list is long, but the folk from La Punta recommend the classic Mexican margaritas (try Tommy’s Margarita) or the paloma. Once you’ve experienced the food and a margarita or two, head downstairs to the ‘secret’ Maria Sabina bar, which is cosy and relaxed, boasting several snug lounges and eclectic décor. We recommend taking a seat by the bar where you’ll get to witness the master bartenders, including Bugiada, at work. Each of the ever-changing cocktails downstairs is designed to be a feast for all five senses – ask your mixologist for a recommendation. 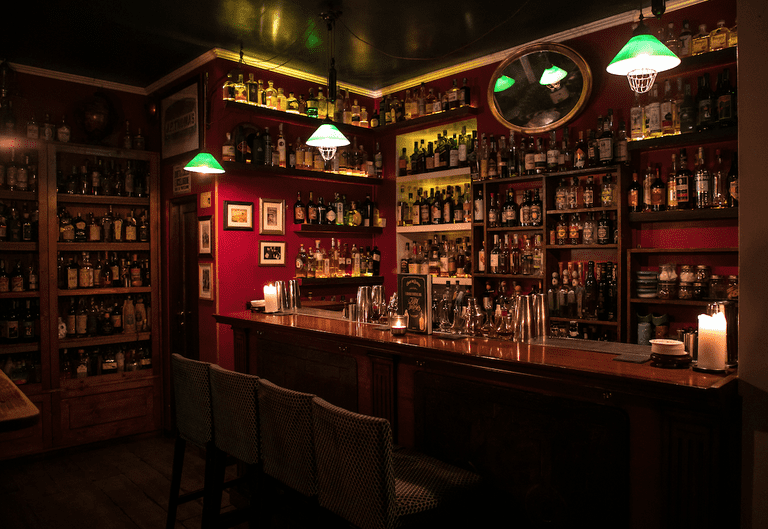 © Alberto Blasetti / Jerry Thomas Speakeasy
This speakeasy is hidden down Vicolo Cellini, just a few steps from Campo de Fiori and Piazza Navona. You’ll need to find the small door – any small door – and try your luck. Needless to say, this collaborative project from the gents behind Freni e Frizioni and La Punta Expendio de Agave comes highly recommended. Rossi knows the owners – the bar’s original bartenders – well. “Probably the father of the renaissance of Italian mixology,” he tells us. “The owners, Roberto, Tony, Leo and Alessandro aren’t behind the bar anymore, but you can still be served by a team of talented bartenders.” Bugiada is also a big fan. “This is the best cocktail bar in Italy, as far as I’m concerned. They do a great deal of research and they’re known worldwide. Don’t miss the Improved Aviation, one of their best.”
Open In Google Maps
30 Vicolo Cellini, Roma, Lazio, 186,
+390696845937
Visit Website
Visit Facebook page
Give us feedback

Restaurant, Bar, Italian, Wine, $$$
Facebook
Email
Twitter
Pinterest
Copy link
Share
Map View
Need to fill up with some carbs before you get too carried away with the cocktails? According to Rossi, you can’t beat Baccano. Serving traditional yet exciting Italian cuisine and wonderfully inventive cocktails, it’s the kind of place you can set up camp for the whole night. “There, you can eat classic Roman dishes as well as delicious raw fish and oysters. For the drinks, just put yourself in the magical hands of Mario and Alessio and you won’t be disappointed,” Rossi says. If you’re a seafood lover, combine their two specialities in the unusual oyster martini – you won’t be disappointed.
Open In Google Maps
23 Via delle Muratte, Roma, Lazio, 187,
+390669941166
Visit Website
Give us feedback 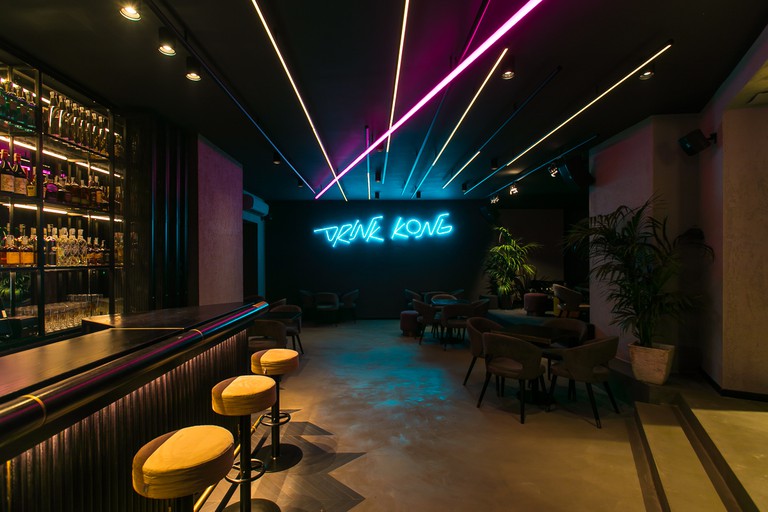 This relative newcomer to the Roman bar scene is a favourite of both the experts. Its funky decor is a welcome injection of modernity into the otherwise historical city. Rossi is a big fan of the atmosphere. “My favourite bar, after Freni of course, is Drink Kong,” he says. “Opened just over a year ago in the Monti area and already a successful one. They have different rooms with different atmosphere, great furniture, neon, arcades, fusion food and a really skilled team lead by the one and only Patrick Pistolesi.” Rossi usually orders the Bowie or Big Trouble in Oaxaca cocktails, but really, you can’t go wrong with anything on the menu.

The ARGOT mixology bar is another moody, romantic venue, the likes of which Rome is renowned for, and comes highly recommended by Rossi. This venue attracts weekly devotees with live music performances from both local and international acts. But of course, you’re here for the cocktails. ARGOT doesn’t disappoint on that front, with a variety of unusual creations, from the Vertigo (pisco, sweet vermouth and celery bitters) to the Singing in the Rain (sage syrup, aromatic bitters and a beer top). As the mixologists derive their inspiration from the historical medical uses of alcohol, the real delight is in choosing your cocktail from the red medical-script recipe cards. 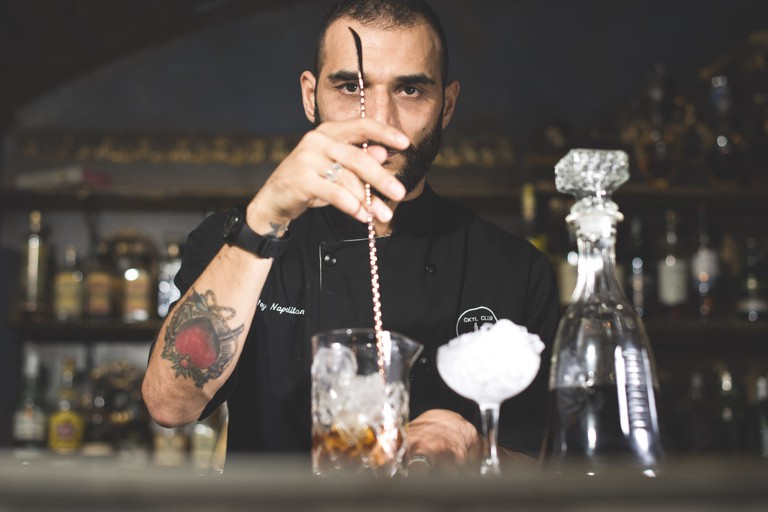 Another of our experts’ favourite spots is this speakeasy in Monti, just a short walk from Vittorio Emanuele or San Giovanni metro stations. The dimly lit, cavernous interior creates an intense vibe favoured by the overwhelmingly hipster crowd. But rest assured, anyone and everyone can feel at home here at The Barber Shop. Plump leather lounges and dripping candles make you feel as though you’ve entered a Bond villain’s lair, and the superb cocktails will delight even the most critical of cocktail connoisseurs. The list of original cocktails plays with the classics, using aromatics like patchouli and ginger to surprise drinkers. It’s worth hanging around long enough to try each of them. 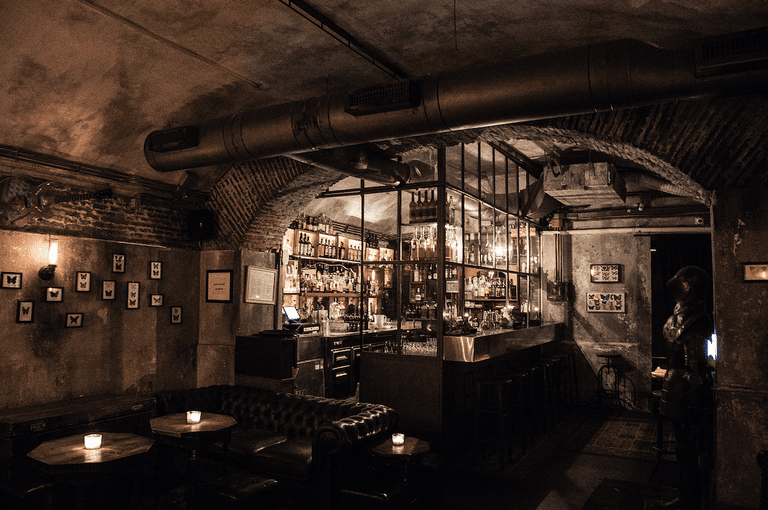 This is yet another hidden bar, in the speakeasy style that’s found popularity in Rome. Let the staff show you to your chair (once you’ve managed to find the place, of course) and settle in for an experience. The skilled bartenders really know their stuff here, and it comes highly recommended by Rossi, who loves a drink here when he’s not mixing up his own divine libations at Freni e Frizioni. The atmosphere is electric and eclectic, and if you’re seated near the bar you’ll be treated to a tale or two from the friendly bartenders. Your next mission, should you choose to accept it, is to find the bathrooms, which are concealed behind a bookshelf – but which one?

The Sanctuary calls itself “an oasis of peace in a timeless place”, and that about sums up the relaxing vibe when you enter this green haven within the Eternal City. Rossi recommends this spot “for a bit of a party”, and it’s no wonder, as the team includes ex-Freni bartender and Rossi’s good friend, Dario Araneo. Inside, you’ll find the ‘Tropic-Asian’ restaurant and bar lined with inviting oversized cushions, hanging baskets and lush plants that spill outside onto the surrounding grounds. It gives the impression you’re lazing about in an ancient Babylonian hanging garden. While you’re getting settled, the mixologists will make you an incredible signature cocktail; if you’re a rum fan, try the Voodoo Julep, a heady mix of Sanctuary’s own rum mix, peach extract, mint, turmeric and bitters. 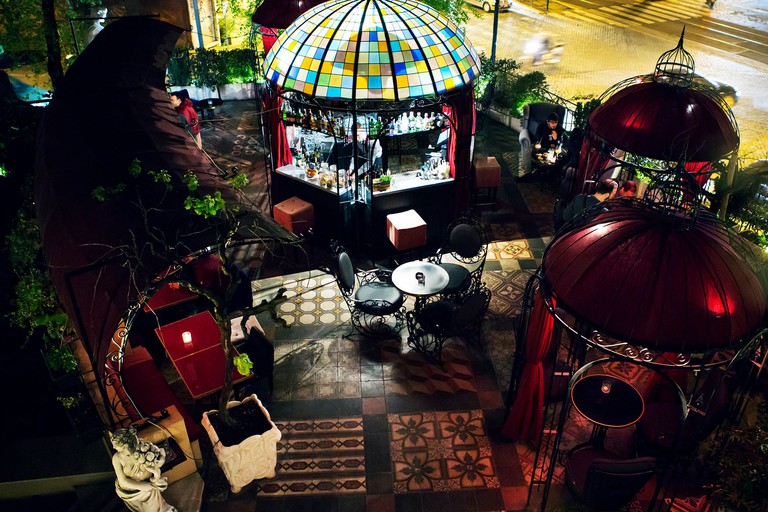 Bugiada’s final suggestion, for “traditional Italian food, cooked home style” is Marco Martini. Just a few minutes’ walk from Circo Massimo, Marco Martini is a feast for the eyes and the belly. The atrium-style dining hall is cool and relaxing, lined with glass and garlanded with vines, inside and out. Michelin-star chef Marco Martini draws inspiration from his mother’s cooking and brings the venue and the food to life with his own passion for superior ingredients, creativity and innovation. Pair your exquisite meal with an expertly crafted drink from the bar, or head straight there and take a seat in either the terrace or the lounge. The bar’s spaces are similarly bedecked with plant life, but offer a much more intimate and warm atmosphere, complete with velvet sofas and plush cushions. Talented bartender Matteo will fashion you a classic cocktail to your liking, or make one of his own creations.