The Machines and The Gods: The Revolutionary Museum Centrale Montemartini 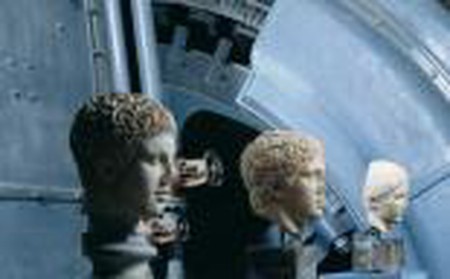 The meeting ground of two opposing worlds, The Centrale Montemartini in Rome is a unique museum that places classical art in an industrial setting. Discover the history of this time bending institution which became a permanent part of the Museio Capitolini in 2005. 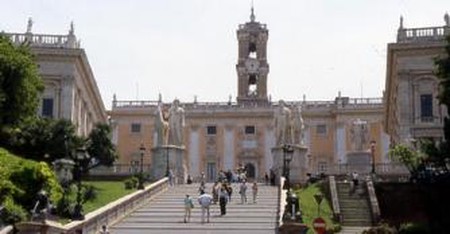 The Museio Capitolini, or the Capitoline Museums, are an assemblage of art and archaeology museums located on Capitoline Hill in Rome. Thought to be one of the oldest public art collections in the world, Museio Capitolini has a history dating back to 1471, when Pope Sixtus IV donated a collection of bronze statues to the people of Rome. The main three buildings of the museum are the Palazzo dei Conservatori, the Palazzo Nuovo and the Palazzo Senatorio, the latter being the oldest dating back to the 12th century. Adapting to its increasing collection size, these buildings have had many structural changes and renovations over the years, from design updates by Michelangelo through to the more recent addition of the tunnels of the Galleria di Congiunzione which connect the three buildings together. It was during one of these renovations that a side venue was created, almost by accident, and the museum’s centuries-long history met the industrial revolution. 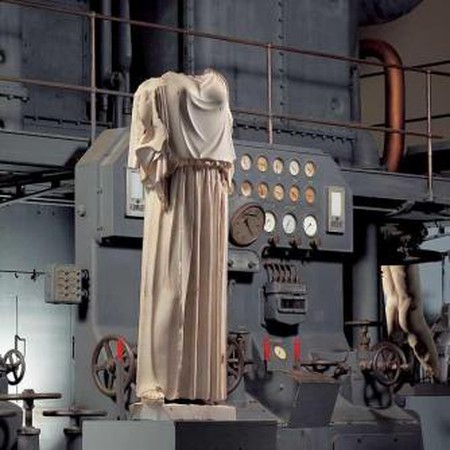 In the 1990s, complex renovations were required on the Museio Capitolini as problems of water seepage and rising dampness levels were discovered. Forcing the closure of the Junction Gallery, the Museo Nuovo and the New Wing of the Palazzo dei Conservatori, a temporary space was needed to display the art works while restructuring was underway over the next eight years. The chosen destination for this long-term yet temporary exhibition was an old electricity plant owned by Acea close to Garbatella metro station. Leaving the aged steam turbines and diesel engines in their place, the exhibition was opened in 1997 with the name The Machines and the Gods, and brought together two seemly conflicting worlds: classical art and industrial archaeology. Stunning statues from the Republican era to the late Imperial age were set with a background of early 19th century machinery, offering a unique vision of time defying anthropology. Interestingly, the timeline of the old electricity plant correlates with the dates that the museum’s archaeological artefacts were found (from the late 18th century to the 1930s), representing a mutual date of rebirth for both aspects of the museum. The exhibition treated both the machinery and the artworks as part of the exhibition, with educational information being available for both. In 2005, the refurbishments on the Museio Capitolini were finished and it was scheduled that the sculptures should be returned to their original home. However, with the popularity of The Machines and the Gods, it was decided that the old power plant would become a permanent exhibition place. 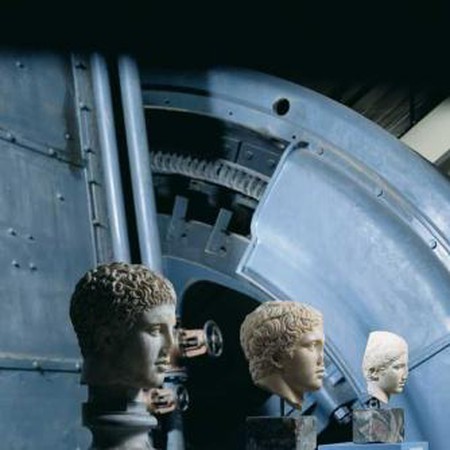 The main collection of the The Centrale Montemartini consists of the most recent acquisitions of the Museio Capitolini, while temporary exhibition also take place. Curated throughout the space with the disused machines, visitors cannot help but contemplate the relationships between all the displayed objects. The image of an ancient warrior in front of a diesel engine or a statue of Pothos, symbolising nostalgia as she stares at the old brickwork of the building: new meanings and notions are created through this alternate form of curation, allowing for revelations and unintentional insight. Through continually experimenting with possible display methods, the museum interrogates art and allows for questions to rise about potential future curatorial combinations.

Not only pushing the boundaries in terms of curation, Museio Capitolini have recently undergone a project in collaboration with Google, allowing members of the public to walk through the rooms of the museums in Google’s Street View. First delivering art to an industrial setting, and now to the 21st century through the internet, only time will tell where the next revolutionary project will take the museum.