The Incredible Sardinian Resort that Boasts Tennis Legends as Coaches 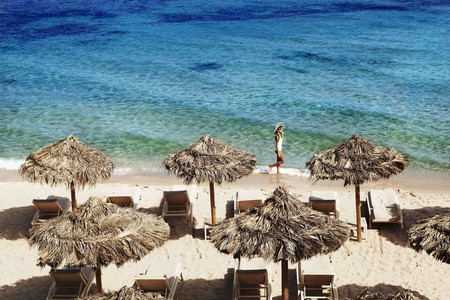 The beautiful island of Sardinia offers incredible beaches, outstanding food and cultural landmarks that stretch back to the Roman Empire. One spectacular resort in particular is now combining all of this with tennis coaching from legends in the game. 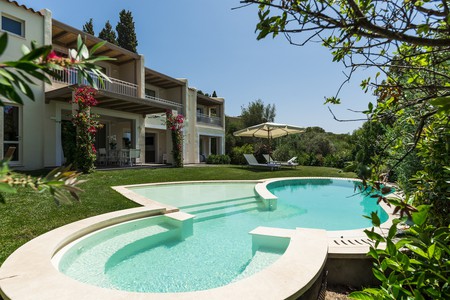 One of the villas at the resort. | © Ann Scott Associates

Fort Village, on the southern tip of the island, is a pristine resort that puts a hefty emphasis on sport, with a number of academies across different sports that visitors can use. The facilities include rugby, cycling, basketball, netball, swimming, go-karting and, of course, tennis.

On the resort’s tennis courts this summer you can receive expert coaching from a selection of greats from the world of tennis. Among those supplying their insight are 12 times doubles Grand Slam winner (including six Wimbledon titles) Mark Woodforde, Tennis Hall of Fame inductee Ilie Nastase, former world no.8 Karel Novacek, and winner of 56 different doubles tournaments, Jonas Bjorkman, who has spent part of his coaching career working with Andy Murray. 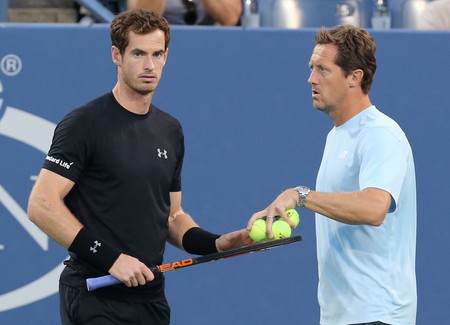 The majority of the lessons are focussed around doubles, hence why the list of legends include some of the best players to play in pairs. The resort has 12 clay courts, all of which have been certified by the Federazione Italiana Tennis (FIT). The tennis courses available are designed to cater for all, whether children picking up a racket for the first time, or experienced players look to perfect their game, there are even pointers on specific shot selection and competition techniques.

As well as the courses available, there are free tennis lessons held every Sunday to help people get to grips with what’s on offer. Players’ games are videoed so that coaches can measure the abilities and techniques of individuals, that then provides the basis for the lessons with coaches having a better idea of the starting point and which aspects to focus on.

For anyone heading out of the resort there are plenty of spectacular spots on the island to keep you occupied. There are historic locations, beautiful beaches and some of Italy’s best food. All of which means you can spend the days in the outdoors swimming, playing sport and honing your skills, all before eating brilliant food and unctuous wine to see the night through. 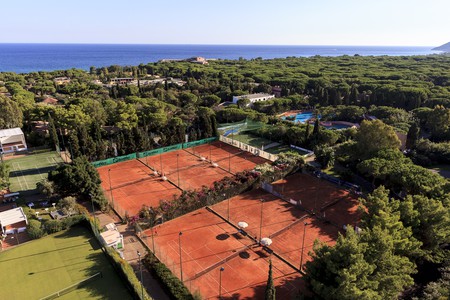