The Future of Roman Food: Talking Tradition and Innovation in La Cucina Romana 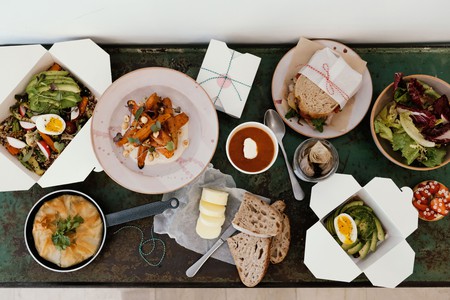 As Roman cuisine grows in popularity internationally, Culture Trip explores how those who live and cook in the city maintain their ties to tradition. 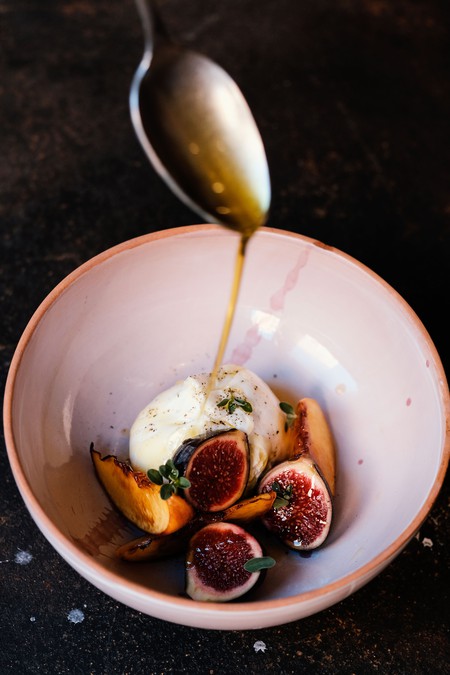 Marigold is a wholly sustainable restaurant that uses only locally sourced, organic ingredients | | Courtesy of Marigold

Roman food has a history spanning over 2,000 years, and many contemporary Roman dishes still resemble those that Ancient Rome’s shepherds would have prepared. But despite a vibrant popular history, strong identity and rich flavours, it wasn’t until the mid-2010s that the international food world noticed the Roman kitchen. Rome’s iconic pasta dish, cacio e pepe, appeared on the menu of nearly every New York restaurant in 2016, and the UK’s Guardian newspaper hired Rachel Roddy – a food writer whose primary subject is the Roman kitchen – as a weekly columnist, which placed Roman food on many a British table. 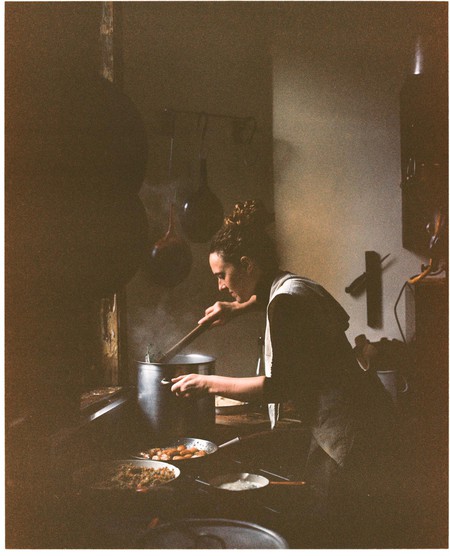 Culture Trip spoke with Rome-based cooks and chefs, including Roddy, to hear what they love about working in the region – and the constraints they feel working within such a legacy. The resulting conversations gave a glimpse into the future of Roman food – a future which, naturally, within such a strong tradition, resembles the Roman kitchen past.

The international enthusiasm for la cucina romana (the Roman kitchen) doesn’t translate exactly at home. Although undoubtedly respected throughout Italy, it’s not uncommon to hear it criticised as too “heavy” for its simple flavours, reliance on stodge and lack of imported spices. Not to mention that many Italians are suspicious of the produce quality in Rome’s more tourist-focused restaurants. Sofie Wochner, co-founder and pastry chef of hip restaurant Marigold Roma, shares this feeling: “I was disappointed the first time I came to Rome and dined out. Every restaurant gets the most conventional produce.” Marigold, which is a wholly sustainable restaurant, uses locally sourced, organic ingredients only. “Here [in Southern Italy], you have the best lettuce that you can find anywhere else in the world, but you can’t get a green salad at a restaurant.”

“There is a discussion to be had for the quality of ingredients,” Roddy agrees, in regard to an erosion of produce quality worldwide. However, for her – and for many Romans – the city’s trattorias (less formal dining spaces than restaurants proper) provide an essential community function. “Trattorias have always reminded me of pubs more than restaurants… That social element is so much a part of the city.” 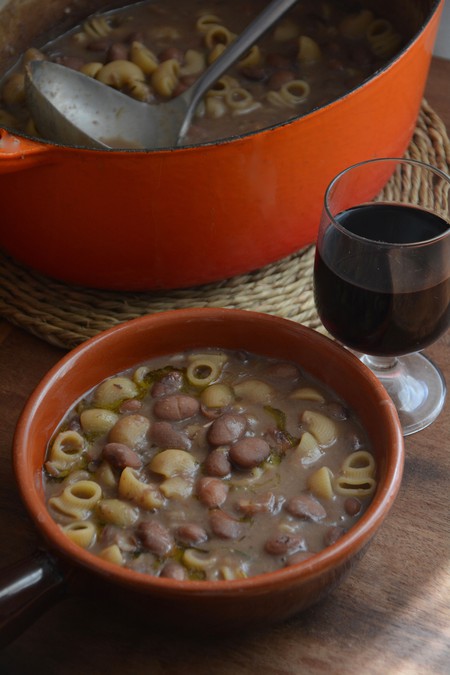 Although there are many fine trattorias to be found in the historic centre, the best of the best are in neighbourhoods on the outskirts of the historic city, places like Testaccio, Centocelle, and Garbatella, where many of Rome’s residents live. Like many other Romans, Roddy visits trattorias “to eat what I eat at home, just someone else is cooking it.” Here, popular Roman cuisine is served, in places that don’t need to sell carbonara to cater to the tourist palate. Expect to find menus full of soups and stews made from beans simmered with pasta, rabbit cooked in vinegary sauce, oxtail poached in tomato and celery, alongside many other offal dishes, which are known in Rome as the quinto quarto (“the fifth quarter”).

A fifth quarter is a logical impossibility; to find one, you have to be both poor and creative. Testaccio was once the home of Europe’s largest slaughterhouse, and workers couldn’t afford the outer quarters, fore and hind, which account for the “good cuts” of meat. Instead, they were allowed to take the offal as a share of their wage, and a linchpin of Roman cuisine was born. The concept of the fifth quarter is deeply sustainable at its core; no part of the animal is wasted. This inherent sustainability is the essence of the Roman popular kitchen, and the Italian one. “The very nature of Roman food is sustainable, it’s the sort of ultimate in sustainable living, very cheap ingredients, very democratic,” Roddy explains. “It’s for everybody. Potatoes and beans, and pasta, and cheap cheese, and the cheapest cuts of meat.”

Elizabeth Minchilli is a food writer and cook based in Rome, who runs food tours in the historic city. She sees the democratic relationship Romans have with their food in action whenever she does a tour: “The minute you look questioningly at an artichoke, there will be six people yelling in your face about how you should clean it, how to cook it, whether you should buy that one or this one, whether you should wait a few weeks until they’re more in season. I mean, Italians in general love to talk about food, but Romans are particularly generous with their knowledge.” Her favourite thing about working here is the “intersection of food and culture” as she describes it, which exists on Rome’s city streets. 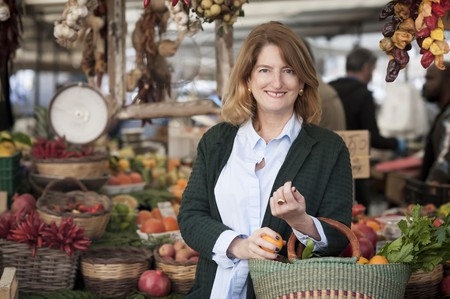 Roddy has faith that the Roman food tradition isn’t going anywhere. “I think Romans are pretty tenacious in their eating habits; I see it with my little boy. The way they eat at school, what they eat, what they eat as snacks… those traditions carry on.” Although the dishes are relatively unchanged, how Romans source their food has changed in this lifetime. Minchilli witnessed this process first-hand: “When I first moved to Rome in the ’70s, everybody shopped at small mom-and-pop shops and small markets. When I moved again, in the ’90s, that had already started to change. People started going to supermarkets, the markets were contracting. In 1990, there were nine butchers in my neighbourhood of Monti, and today there’s one – and he’s part of the market, he’s not even a free-standing butcher.”

However, Minchilli cautions against romanticising this element of the Roman past. “I was talking to one of these butchers before he closed, and he said, ‘You know, the good old days, they weren’t so good’. People were going shopping every two minutes… they only had a few cents to put together for a meal. Everybody is a bit more well-off now, and so, there’s a trade-off.”

Recent years have seen Rome’s chefs experimenting more within their tradition. Chef Barbara Agosti, of popular restaurant Eggs in the Trastevere neighbourhood, wanted to put 10 multicoloured carbonaras on the menu, a creative decision that produced some anxiety. Agosti, who is from Liguria originally, asked herself at the time: “How would a Roman react to that? Would they accept a different carbonara? In Trastevere?” Luckily, the Roman public was responsive: “Yes, not only did they, but they highly appreciated it.” 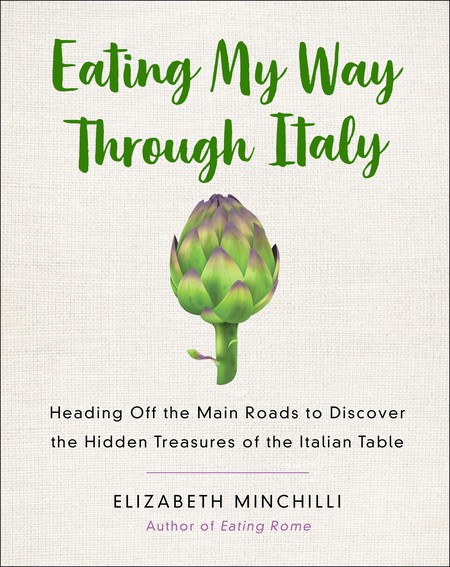 A passion for making the historic cuisine new is popular among young Romans. Minchilli has noted the past years have brought “a real upswing in Romans coming back to Rome after spending time abroad, and opening really interesting small restaurants or takeaway places, which rely on local food and making either traditional things, or new spins on traditional Roman food.” Among her favourites is a sandwich shop in Monti called Zia Rosetta, which makes the most “wonderful little sandwiches,” out of an improved version of an old-fashioned Roman bun, “which most people remember from their childhood, and it’s not like this bun was ever so great in our childhood! But there’s this nostalgic memory in it.”

Wochner, of Marigold, although critical of the lack of sustainable food-sourcing in the contemporary Roman restaurant scene, feels positive about the future of Roman food: “There are people speaking about doing things differently and how they source their ingredients.” She admires RetroBottega, a (relatively) new restaurant in the historic centre, run by young chefs Giuseppe Lo Iudice and Alessandro Miocchi. RetroBottega is widely respected in the Roman food world for honouring the basics of Italian cooking, such as using quality produce and minimal ingredients, but ripping up the rule book everywhere else. The result is truly creative interpretations of traditional Roman cuisine. Their success, and Marigold’s, is a testament, Wochner believes, “that people want things to change.” 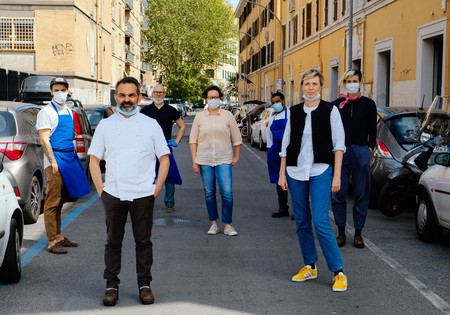 Marigold staff gather on the street | | Courtesy of Marigold 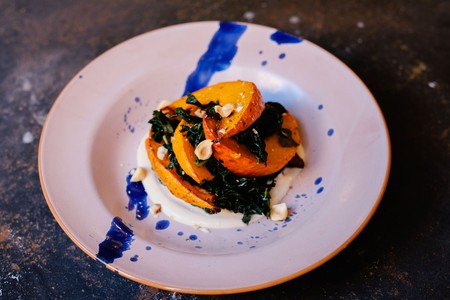 If Romans do have an appetite for change, it won’t be dramatic; a move toward more sustainable food-sourcing by restaurateurs would more closely resemble the Roman kitchen of old, rather than making something new. “People are very traditional here,” Roddy observes. “I think traditions are quite tenacious, much more so that they’re preserved by habit, by family, by the fact that it’s a very Catholic country, by the fact that they’re very close to their roots; Romans have stayed very close to their roots for 2,000 years. Romans eat what they grow.”