The Five Most Beautiful Churches in Florence 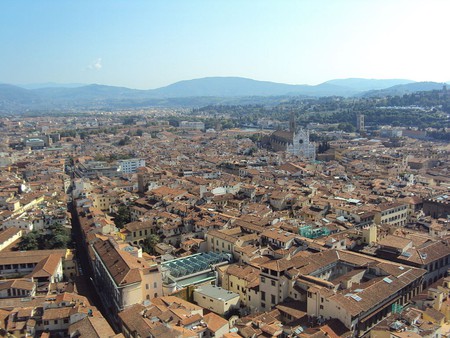 Florence From The Top| ©Alboholic/WikiCommons

Being the center of Catholicism, it’s no surprise that Italy is home to many of the world’s most beautiful churches. Florence is not an exception. In the Tuscan capital city, you’ll find great religious buildings that deserve to be visited during your Florentine tour. From landmarks like the Cathedral and Santa Croce to lesser-known beauties like San Lorenzo, San Miniato and Santa Maria Novella, let’s have a look to these stunning buildings.

Capped by Filippo Brunelleschi’s red cupola, Florence’s cathedral is the city’s most iconic landmark. Santa Maria del Fiore is one of the biggest churches in the world and contains the best of Gothic-Renaissance architecture and art. The cathedral was begun at the end of the 13th century by Arnolfo di Cambio and the dome was added in the 15th century on a design of the great architect Filippo Brunelleschi. The façade of this stunning church features pink, green and white marble patterns which complement the design of the cathedral’s 14th century bell tower of Giotto. Inside, you’ll find frescoes and great artworks, such as the Last Judgment of Giorgio Vasari, and terrific mosaic pavements. Don’t forget to climb up to the top of the cupola for stunning views over Florence. 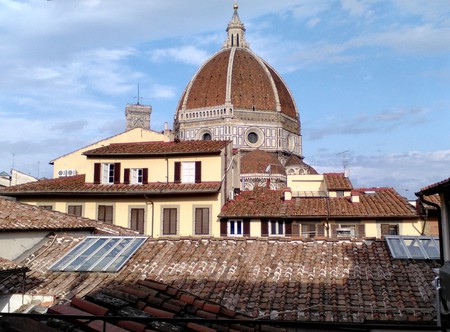 The basilica of Santa Maria Novella is one of the most important monastic complexes in Italy. The church was built in the 14th century, but most of the decorations inside are later additions. This church might not be at the top of your list of places to see in Florence, but it’s definitely worth a visit. it’s one of the most important Gothic churches in Tuscany and holds extraordinary works of art, including Masaccio’s Trinità, Giotto’s crucifix and a fresco of Ghirlandaio. The stunning marble exterior, which is work of Fra Jacopo Talenti and Leon Battista Alberti, is the oldest façade of all the churches in Florence. The church is located near the train station, so it’s very easy to find it. It is often avoided by tourists attracted by the more famous buildings of Florence. 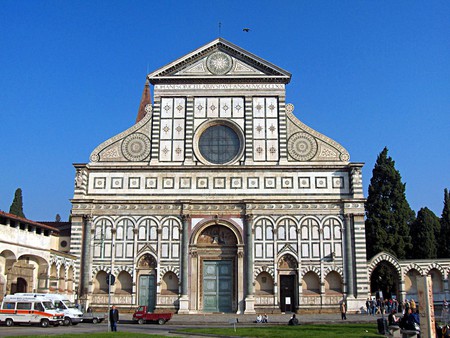 The second most famous church in Florence, after the Cathedral of Santa Maria del Fiore, Santa Croce, is a stunning Gothic building known for the many tombs of great artists, writers and scientist buried there, like Galileo, Machiavelli and the great Michelangelo. Seriously damaged after the big flood of Arno river in 1966, this church has been restored, but many of the works inside will never be the same. There is a beautiful structure designed by Arnolfo di Cambio and stunning frescoes; also, see the Cappella dei Pazzi (one of the 16 chapels of the church) to the left of the altar with its traditional Nativity scene. 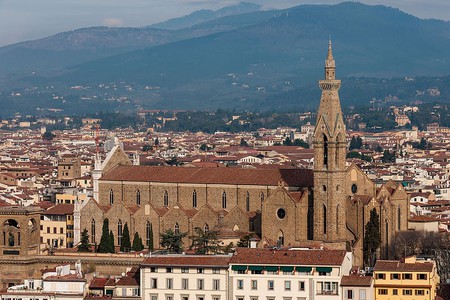 The Basilica of San Lorenzo is one of the oldest churches in Florence and was consecrated in 393 by St. Ambrose. The current architectural structure was designed by Brunelleschi in the 15th century. Its exterior was to have been covered by a façade realized by Michelangelo which was never added (if you want to see a model of the exterior, you have to go to Casa Buonarroti, not far from the church). San Lorenzo looks unfinished, but it has its charm. Of all the places in Florence associated with Michelangelo, San Lorenzo is perhaps the most important: Here you will find his sculptures for the tombs of Lorenzo and Giuliano Medici. San Lorenzo indeed is the burial place of the Medici family in what are called the Medici Chapels. 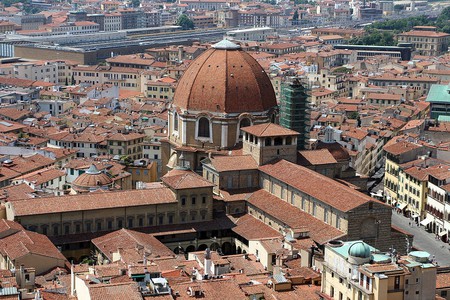 The church of San Miniato is located just outside the city walls, in the green hills that surround Florence, near Piazzale Michelangelo, the most famous panoramic point of the city. San Miniato is considered one of the most beautiful churches and spiritual places in Florence; it’s home to the Olivetan monks famous for their herbal teas and honey. Inside the church, you’ll find the beautiful Cappella del Crocifisso by Michelozzo (1448) and the crypt decorated with frescoes by Taddeo Gaddi. In front and back of the church there is a monumental cemetery which contains the tombs of illustrious men and women, such as Carlo Collodi, author of the tale Pinocchio. 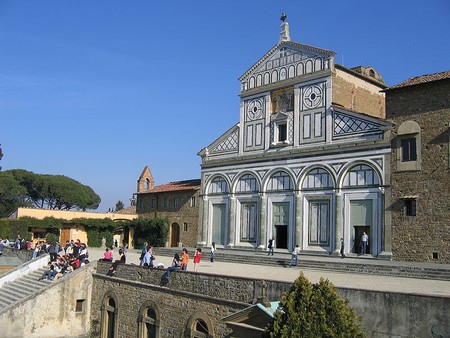 Church of San Miniato | ©Richardfabi/WikiCommons
Give us feedback