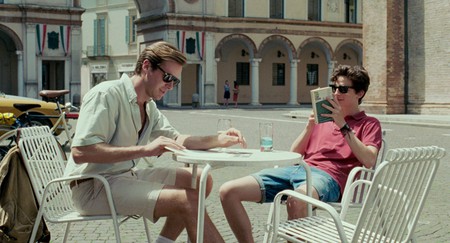 'Call Me By Your Name' | © Sony Pictures Columbia

The final part of Luca Guadagnino’s ‘Desire’ trilogy, Call Me by Your Name captures the passion and romance that inevitably comes with first love. Here’s how the setting of a 1980’s summer in Lombardy, Italy, compliments one of the best films of the year.

Elio (Timothée Chalamet) is spending a summer vacation in a luxurious villa in Italy. His family have all the pretensions of a well-travelled unit, with the parents and their friends engaging in intellectual debates around the dinner table. Elio finds his fun with friends of a similar age, but there are hints that he finds the rigmarole around finding a girl tediously mundane.

Elio’s father (Michael Stuhlbarg) is an American professor who enlists the help of Oliver (Armie Hammer), an academic keen to work and explore the pleasures of the Crema region. A friendship between Elio and Oliver soon emerges and eventually evolves into a wild and passionate affair. Knowing that their time together will be short, Elio struggles to come to terms with their impending separation, which threatens to ruin his first experience of love. 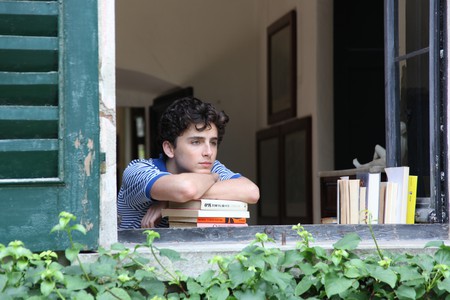 The uncontrollable rush of emotions, which we all experience at different stages in our lives, are never belittled as merely ‘young love’. The pangs of lust and yearning that Elio experiences are reflected in the more mature reactions of Oliver –there’s is an equal relationship with the age gap barely getting a mention.

Some commentators have been troubled by the difference in years between the two men, Elio being a 17 year old spending a summer with his parents in Lombardy, while Oliver joins them as a 24-year-old academic. There is an undeniable, and striking, height difference between Armie Hammer and Timothée Chalamet, but that hardly warrants the negative reaction to the pair on screen.

In real life, Hammer, who starred in The Social Network (2010) and The Lone Ranger (2013), is 10 years older than Timothée Chalamet. Perhaps some critics, including cantankerous actor James Woods, are unable to distinguish between fact and fiction? 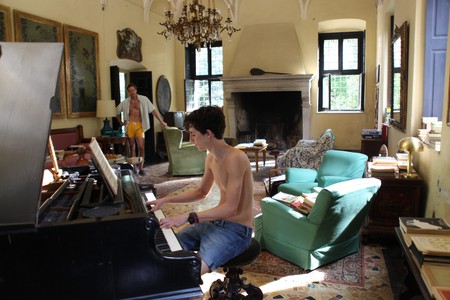 Director Guadagnino moved the film from 1988 (the year in which André Aciman’s novel is set) to 1983, saying that the transition to the earlier time period would avoid his characters being too sullied by the eighties. The location is described as ‘somewhere in Northern Italy’ but for anyone who is familiar with the area, its undeniably Lombardy.

Both the time and place play a crucial part in the plot. A romance between male characters could be pitched as a ‘fight against the odds’ or a ‘journey to overcome moral outrage’, but there isn’t even a hint of either of those themes. This part of Italy seems particularly care-free. The young characters have casual sex with one another, drinking and smoking the summer away. Elio isn’t wrestling with his own sexuality either. His pursuit of carnal pleasures with a local girl aren’t a front, and he appears to be happy lusting after males and females. Moreover, later on, the same girl he rejects in favour of Oliver offers a hand of friendship despite being heartbroken, again showing that the universal theme here is love… regardless of age, gender or religion (both Oliver and Elio are Jewish). 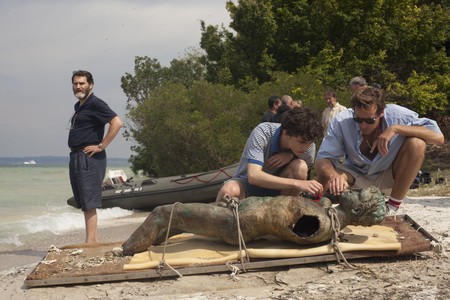 The beautiful lakes in Northern Italy also play an important part in the film. The professional work that Elio and Oliver are assisting with involves long drives to the secluded waterfronts. The characters also escape on daytime jaunts into the centre of town and beyond. The cafe lifestyle – one we often see depicted to showcase a ‘continental’ way of living – is given real depth here. It’s more than just a lazy shorthand to show that we are in Europe, we get a sense that the laid-back afternoons open up a world of possibilities for the young and carefree.

Food and music also play a significant role. Elio riffs various pieces on his piano and we regularly see him break into impromptu dances to show his state of mind. The synth-heavy hit Love My Way by English band The Psychedelic Furs is used as a bridge between the two men and they share a tender moment on one of their last nights together enjoying the song.

The dining table experience, where we previously saw Elio’s parents engage in heated debate with friends, also becomes a motif. Awkward breakfasts, drink-fuelled suppers and the sight of Elio impatiently waiting for Oliver to arrive back home for evening meals move the plot along at a surprisingly quick pace. 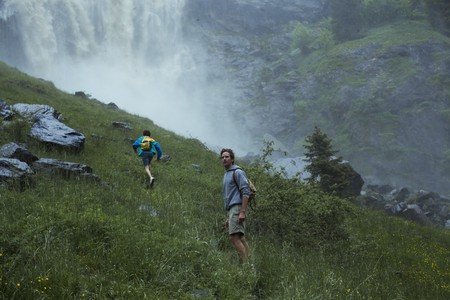 Then there’s the already infamous peach scene. You’ve probably never seen a piece of fruit used in such away, but as with everything else in this film, even this otherwise outlandish moment feels like it is necessary. Managing to put a heartfelt denouement to this particular moment, we get to see just how well the characters are drawn out, how much the actors care about the situation and how well the director understands the material.

Arguably the most effective scene actually plays out over the end credits. We get to see the effect of all of this intense drama on Elio, but you’ll have to see the film to find out how it all ends… and you won’t regret it for a second.

Call Me by Your Name is on general release now.