The Carnival Of Venice And Its Traditional Masks

Masks in a Venetian atelier | Courtesy of Ester Bonadonna

The Carnevale di Venezia is one of the most famous carnivals around the world, and a charming characteristic of the city. Its origins are centuries old, and it still attracts thousands of tourists each year who arrive in Venice to admire the sumptuous costumes and masks parading in the streets and squares. Creating masks is, indeed, an art in Venice, a tradition dating back hundreds of years, making the carnival of Venice truly unique.

The carnival became a public festivity in 1296, with an act of the Senate of the Republic of Venice, but its origins are even older. Already in 1094, official documents brought traces of public celebrations in the last days before Lent. At this time, and for the following centuries, the carnival consisted in several weeks of festivity and fun in the whole city, during which people could indulge in music, dances and parties, barely working. Wearing masks and costumes made it possible for people to hide any differences of class or status, and it was even allowed to make fun of the aristocracy. This time of regulated social outburst was a way for the Most Serene Republic of Venice to maintain order and power throughout the rest of the year.

Public shows and exhibitions were organized everywhere in the city, with musicians, dancers, acrobats and jugglers. At the same time, parties and raffish performances also took place in private houses and cafés, and theaters hosted a growing number of masked plays.

The carnival became internationally famous and prestigious in the 18th century, when it reached its widest fame. It was in this period that the writer Casanova spent his life in Venice between wild parties and love affairs. At the end of the century, with the French conquest of the Republic first and the Austrian occupation later, the tradition of wearing masks was forbidden, and the carnival survived, even though reduced, only in some island of the lagoon. It was only in 1979 that the ancient tradition was restored, in the form still seen today. 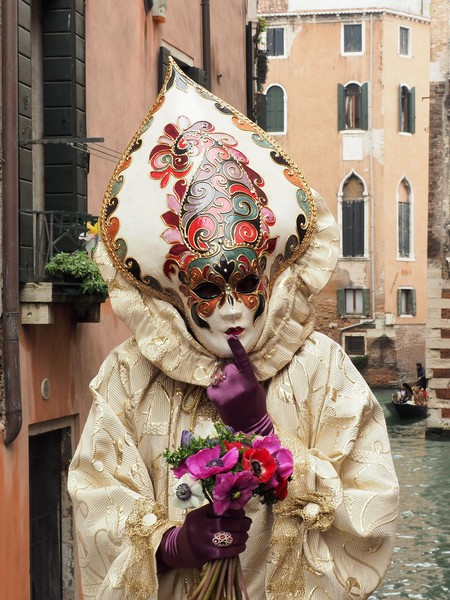 A masked costume in Venice | Courtesy of Ester Bonadonna

The magic of carnival gives to Venice an enchanted atmosphere. Masked people fill the streets with smiles and laughter, and several events are organized all around the city. The carnival usually lasts a couple of weeks, but the most important days are those between the last Thursday and the very last day, Tuesday. These are called giovedì grasso and martedì grasso, literally ‘fat Thursday’ and ‘fat Tuesday,’ in opposition to the following Ash Wednesday that marks the beginning of Lent, a period traditionally dedicated to fast. However, the weekends are usually the privileged time for tourists and visitors.

The complete program of the carnival can be found on the dedicated website, but the center of all happenings is St. Mark’s Square. On the last Sunday and last Tuesday of carnival, a big wooden stage hosts the award ceremony of the best masked costume, which is elected after several parades that take place during the central days of the festival. This stage is also the theater of different plays, where traditional masked characters like Arlecchino interpret comic adventures. It is also possible to participate to sumptuous masked parties in 18th century style, organized in ancient Venetian buildings, but the dimension of the squares and streets is the most popular one.

The theme of 2016’s carnival is focused on art and tradition, and St. Mark’s Square is enriched by stands of Venetian traditional artisans showing the public their ancient techniques in producing laces, glass, gondolas, and, of course, masks. 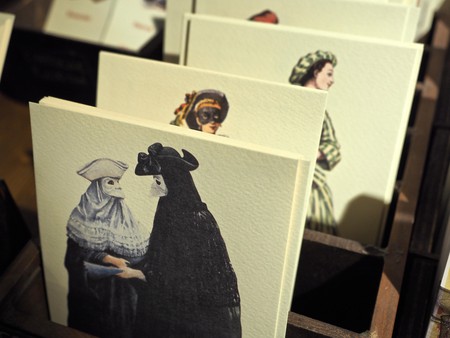 Since the ancient carnival times, the habit of wearing masks and costumes has given birth to a flourishing trade, with specialized artisans producing more and more extravagant and sophisticated masks. Among the most famous and diffused costumes, especially in the 17th century, the so-called baùta consisted of a particular white mask under a black hat and a black cloak. It was even used outside the carnival period to court someone anonymously. 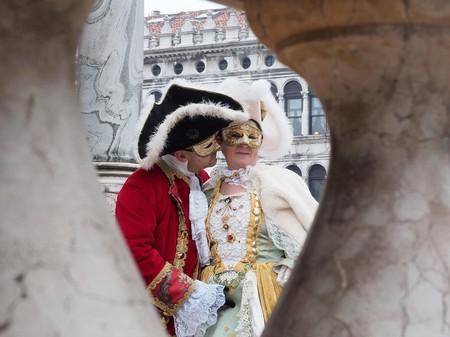 Women, instead, frequently wore a costume called moretta, consisting of a dark velvet mask that was held in place by a button in the mouth. Since the wearer was unable to speak, this mask was also called moretta muta, meaning mute. 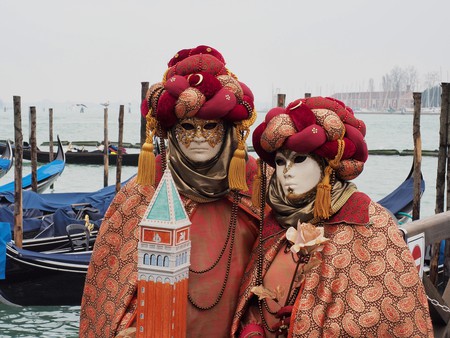 Costumes and masks are still the major attraction of the carnival, and Venice becomes the stage of a unique endless parade of traditional 18th century-style masks as well as more original and modern varieties. 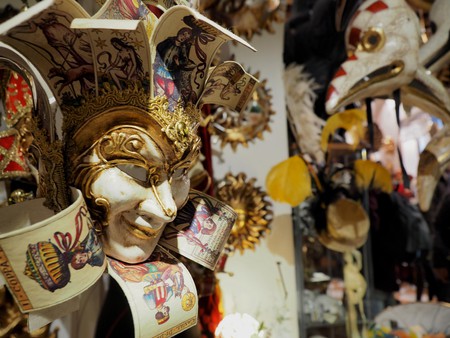 Masks in a traditional shop in Venice | Courtesy of Ester Bonadonna

Visitors are conquered by their charm, and they usually buy a mask as soon as they get in the city, so as to fully feel part of the festival. You can easily get one for even a few euros in any of the small stands or shops that have colonized each corner of the streets. However, in the city center, ancient shops or ateliers still produce masks according to the ancient art. Here, papier-mâché and ribbons have not been replaced by plastic, and each product is a true masterpiece, created with patience and attention to details. 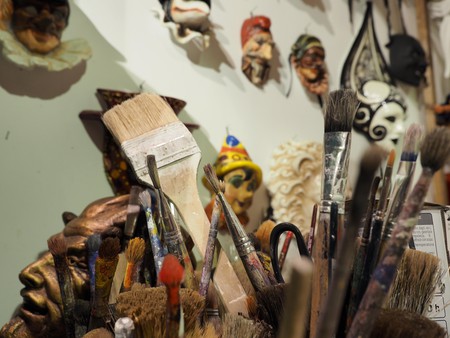