The Best Things to Do in Rome 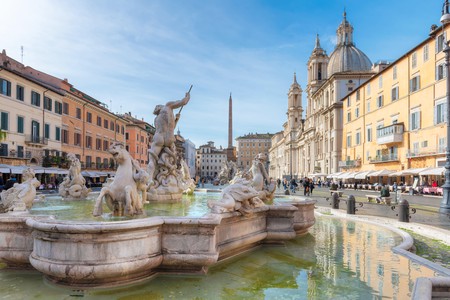 Churches packed with masterpieces, fantastical piazzas with glorious fountains, the finest ice cream in the world – you could spend an eternity exploring Rome. But no matter how long you’ve got in the capital of Italy, these are the best things to do.

You can enjoy a guided bicycle tour of Rome, stopping by the city’s most iconic landmarks, as part of Culture Trip’s specially curated 10-day Northern Italy adventure – led by our local insider. 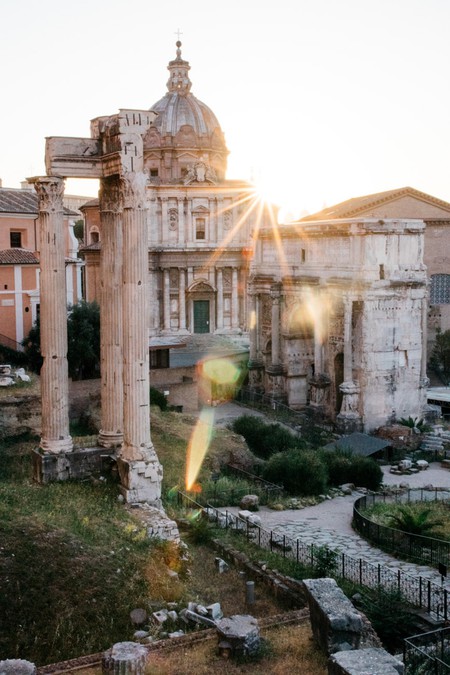 Look through the Peephole

The Aventine Hill rises above the Testaccio district, full of ochre buildings and shaded by the distinctive Mediterranean pine trees of Rome. Walk through its shady avenues and you’ll find the Priorato di Malta, where the walls are decorated with symbolic carvings. Designed by the architect and artist Piranesi, it also serves as the base for the religious group, the Order of Malta. Its large bronze doorway is always shut, but has a tiny keyhole; lean down, put your eye to it and you’ll be rewarded with the sight of St Peter’s Basilica, framed by an avenue of trees. 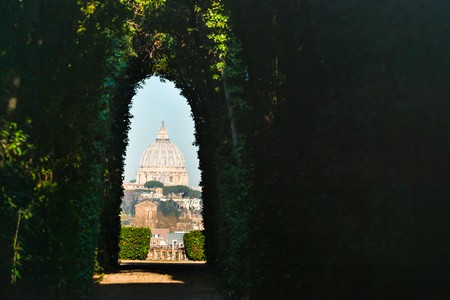 Gaze at the heavens through the Pantheon’s Oculus

One of the most recognisable landmarks in Rome, the Pantheon is a temple around 2,300 years old. It retains the original Latin inscription across the front of the building, which translates to: “Built by Marco Agrippa, son of Lucio, consulate for the third time.” It was later rebuilt by Hadrian in around 126CE. Pantheon means all the gods, as all the Roman deities were worshipped within this incredible building. The two bell towers were added during the Baroque Period, and were loathed by the Romans, who called them donkey’s ears. Walk inside (it’s free to enter) and emerge into a vast space, made all the more spectacular as the roof is open to the sky through a 9m (30ft) oculus. This entrance was supposed to enhance the connection between humans and the gods; today, during the Catholic festival Pentecost, rose petals are showered through it. 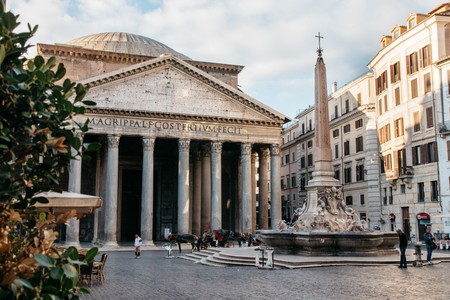 Eat grattachecca on the banks of the Tiber River

Wander along the banks of the river during summer and you’ll be able to try a sweet treat with a difference. Grattachecca, which literally means scratchy, is like a much rougher version of a granita that originates in Rome. The ice is scratched by hand, then flavoured with syrup or juice and topped by fresh fruit.

Villa Borghese is the most beautiful park in Rome, spreading across almost 200 acres (80ha) just north of the Spanish Steps. Once the estate of the most powerful family in the city, these grounds were first laid in the 17th century. Dotted with classical sculptures, its tree-lined avenues offer incredible views over Rome from Pincio Hill. There’s even a lake and beautiful buildings, including the art-filled Galleria Borghese and a reconstruction of Shakespeare’s Globe. The best way to see the park is by bike – there are rental places dotted across the park, such as Ascol Bike and Bici Pincio, offering a range of regular, electric and four-person bikes. 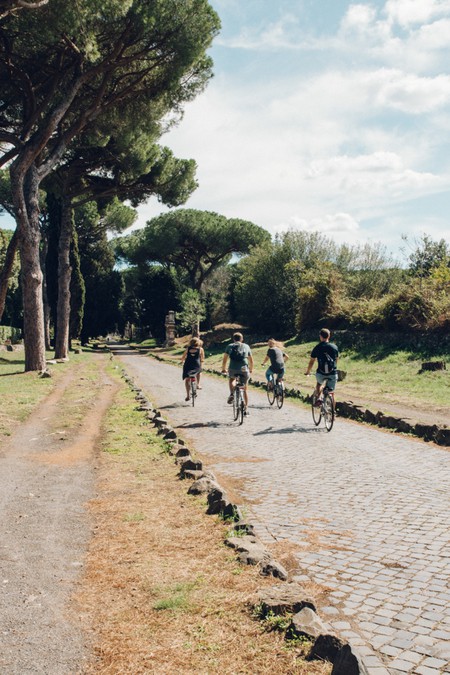 Visit the top level of the Colosseum

This ancient stadium still stands in the centre of Rome, dominating every postcard and itinerary. This is where gladiators fought and wild beasts were unleashed: the fierce, bloody competitions were the reality shows of their day. Roman citizens attended for free and were allocated seats according to their importance – the closer you were to the stage, the more significant a figure you were. It’s only recently that the third tier of the stadium has re-opened to visitors. This was once the lowliest seating, but today offers the most amazing views. You must book a guided tour in advance to visit, but it’s well worth the cost to gaze down at the arena and imagine the battles fought in this space. 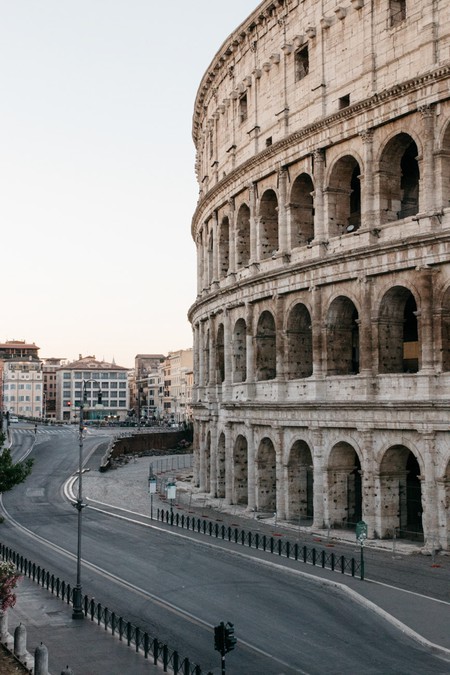 Have an authentic Roman pizza at a ‘pizzeria’

Rome’s pizza is distinctive; it’s wood-fired, laden with toppings and has a thin crust. The city is filled with classic pizzerias; look for the places that are permanently packed, with paper tablecloths, delicious fresh pizza slammed down by waiters on a mission, and reasonable prices. You can’t go wrong with pizza in Rome, but the best places include Da Remo in Testaccio, Da Ivo and Ai Marmi in Trastevere, and Li Rioni near the Colosseum.

To the east of the central city, Pigneto has a history as a working-class suburb. With low-rise apartments and a central market street, this is still a neighbourhood with an authentic Roman residential vibe during the day; but the night is when things really come alive. Around 10 years ago, artists and students moved into this inexpensive area, and it morphed into the most interesting nightlife district in Rome. Craft beer shops, such as Birra Più, and cocktail bars, such as Co.So, line the streets, and there are a scattering of artsy venues where you can find events such as poetry slams and live jazz.

Visit the Roman frescoes in the National Rome Museum

There are many astounding ancient Roman remains in the city, but to see something a little different, head to the National Rome Museum in Palazzo Massimo alle Terme. Near the Termini station, this museum gives a glimpse of the colour which would have decorated the stone ruins. These are roomfuls of ancient Roman imperial interior decoration; check out the beautiful paintings from Villa di Livia that depict a paradisiacal garden, with blue-green walls, naturalistic plants, fruit and birds. 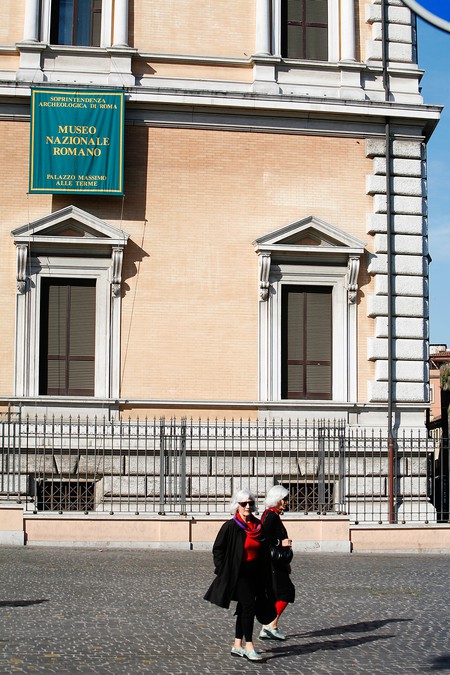 This suburb close to the Colosseum is one of the most charming areas in the city; it’s filled with small boutiques, cosy bars and chic restaurants, with a scattering of hotels and Airbnbs. You could spend a whole day wandering these pretty streets; start with a morning coffee, enjoy a lazy lunch in one of the street-side cafes, and return for evening cocktails as the sun sinks. The shops are excellent for browsing; Monti is the best place in Rome for affordable fashion by independent designers, vintage clothing and unique accessories. 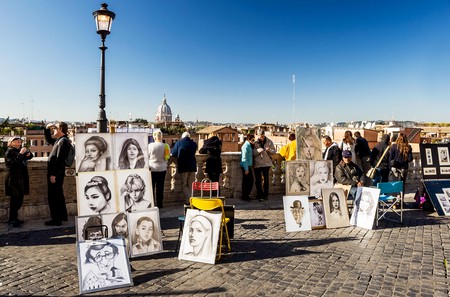 Visit the Vatican Museums by night

The Vatican Museums are one of Rome’s most popular tourist attractions, and as such they’re frequently packed, especially during the peak summer months. For your best chance to miss the crowds, consider bypassing a daytime visit altogether. From April to October, the Vatican Museums open late on Friday evenings; not only will you skip the queues, but you’ll also get to enjoy the classical concerts performed during these opening evenings, as well as a welcome aperitivo (an evening drink and snack). A happy hour ticket will get you early entry at 5.30pm; choose this for the opportunity to visit the Sistine Chapel and gaze upon the magnificence of Michelangelo’s The Creation of Adam fresco without being jostled.

Climbing up the dome of St Peter’s Basilica is an experience in itself – especially if you take the stairs. If you don’t choose to tackle the 231 steps, there’s a lift to the first floor, where you’ll be rewarded by views over the gilded interior. You’ll also be able to gaze down over the baldachin (canopy) created by Bernini – the artist and architect used bronze melted from the tiles that used to cover the Pantheon. From here you can then climb another 320 steps up a narrow spiralling staircase to view the panoramas across the piazza and the Vatican City. 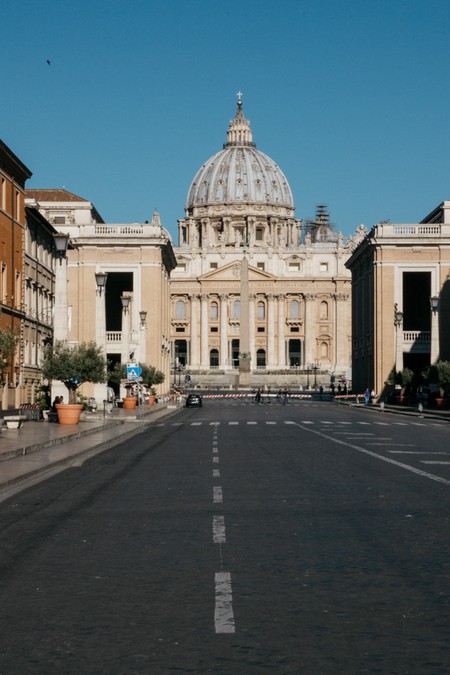