The Best Things to Do in Montepulciano, Italy 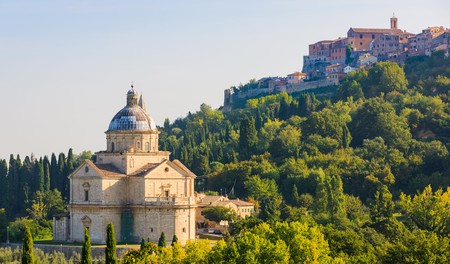 Most famous for its wine, the hilltop town of Montepulciano ticks all the boxes for a Tuscan escape: medieval architecture, rolling landscapes, sumptuous food and world-class wine bars.

A hilltop commune in southern Tuscany, vineyard-rich Montepulciano is known for its highly acclaimed vino nobile red wine. But wine lovers who make the pilgrimage here are met with more than they bargained for, with panoramic views of lush, rolling hills, well-preserved medieval houses alongside lofty Renaissance architecture and miles of uniformly combed vineyards that spawned the celebrated red elixir. As one of the highest hilltop towns in the region, it’ll give your thighs a workout every time you step outside – but you’ll be rewarded with opportunities for a local glass of vino at every turn. Whether you’re a wine obsessive or not, here are the best things to do in Montepulciano.

Meander along the historical Il Corso 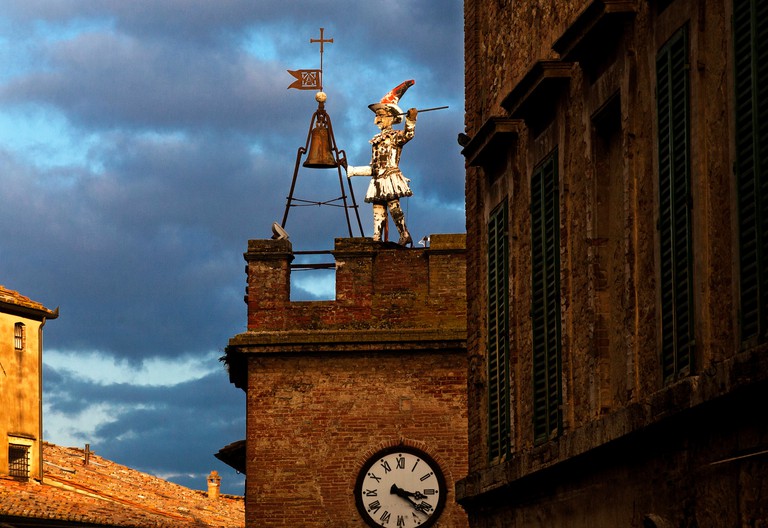 Take yourself on a mini-tour of Montepulciano simply by walking up (or down) this long, winding, landmark-crammed street, whose name appears to change as you go, due to being made up of several smaller, intersecting streets. Some notable sights along the way include the Church of St Agostino, Palazzo Bucelli (look out for the carvings on the façade brickwork) and Torre di Pulcinella, a clocktower crowned by Pulcinella (also known as Punch, of the Punch and Judy puppet shows), a masked figure who strikes the clock on the hour. 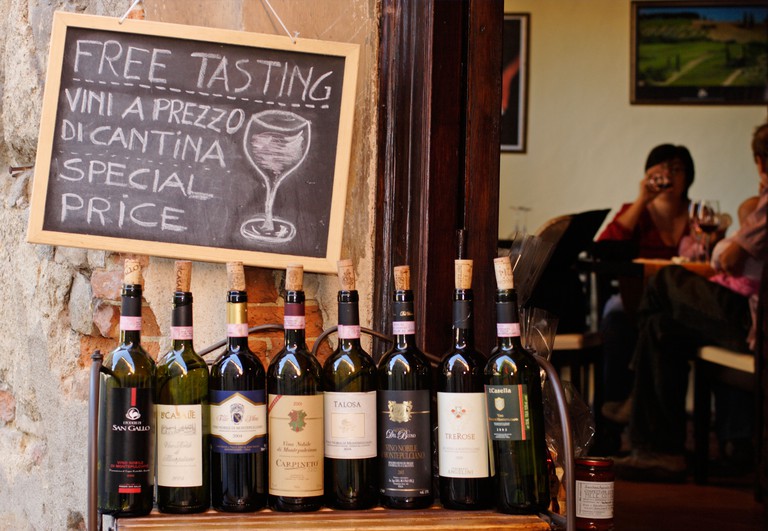 © PhotoBliss / Alamy Stock Photo
Tasting the local vino nobile is a big part of any trip to Montepulciano for those keen to taste the dry, medium-bodied wines of the region, whose high acidity, soft tannins and fruit notes include hints of blackberry and cherry. Get acquainted with the production processes by heading out to a vineyard, such as the gorgeous Poliziano estate – a 10-minute drive east of the town – where you can sip on a variety of delicious local wines. There are plenty of wine-cellar tours available in Montepulciano itself if you’d rather stumble merrily back to your accommodation than drive. Note that vino nobile is not to be confused with the famous Montepulciano d’Abruzzo, made from the montepulciano grape. Instead, it is made mostly from Tuscan sangiovese grapes. 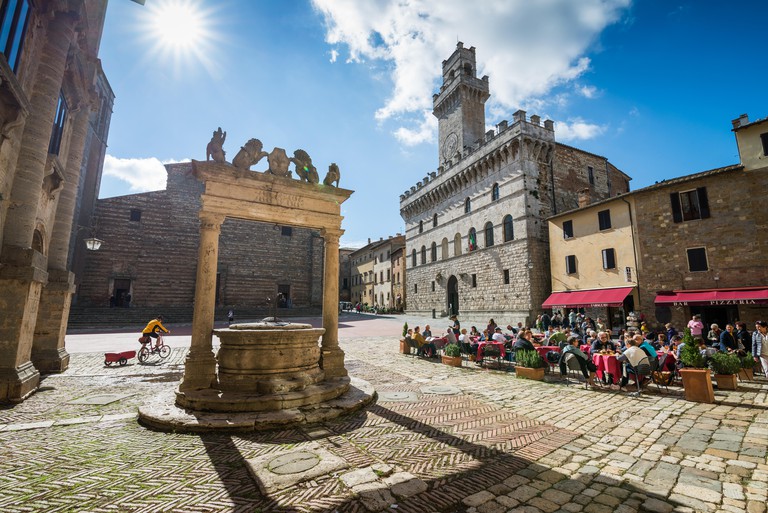 The highest point in Montepulciano is this sizeable square, which is also one of the only places in town where you’re not either going uphill or down. Helmed with grand architecture sitting side-by-side with cute, awning-shaded cafes, it features some of the city’s most important buildings. These include the 16th-century Palazzo Contucci, which stands above the wine cellars of the Contucci family (who helped popularise vino nobile) and Palazzo Comunale, Montepulciano’s town hall and a visual focal point of the square thanks to its protruding bell tower. Fun fact: scenes from the 2009 film The Twilight Saga: New Moon were filmed in this romantic square. 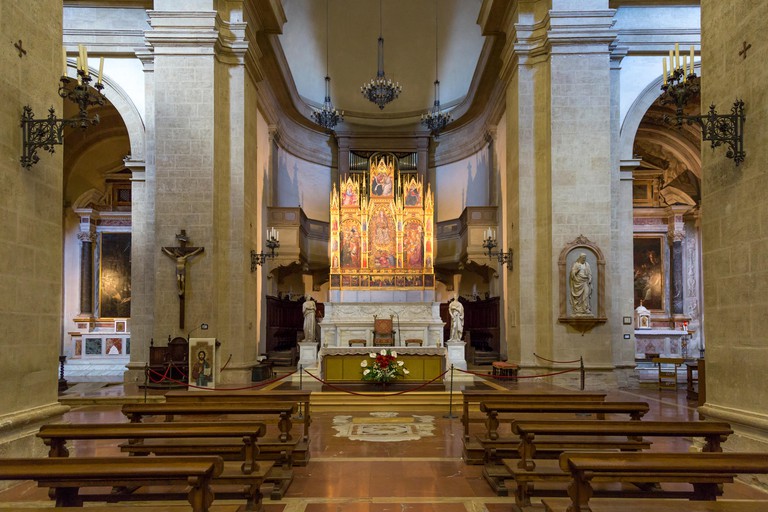 As usual in a Tuscan town, it’s worth dedicating some time to exploring Montepulciano’s many churches. Cattedrale di Santa Maria Assunta in Piazza Grande is an essential stop, not least to see the nationally renowned Assumption of the Virgin, an intricate triptych painted by Taddeo di Bartolo. A few minutes away, the Church of Santa Lucia features baroque-style architecture carved from limestone on the outside and a celebrated altarpiece and statues inside. And then there’s San Biagio, just south of the main town, with its Renaissance dome and spire soaring high above the surrounding cypress trees. 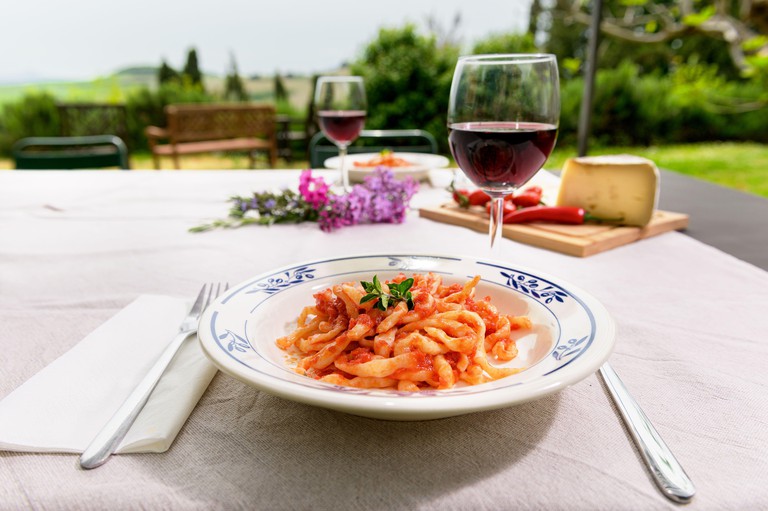 This corner of Tuscany is well-known for its local produce, from pecorino cheese to lentils and pork. It pays to keep things local in Montepulciano, so do it properly by ordering a big plate of pici, a wonderfully simple pasta from the region that’s traditionally made using only flour, water and olive oil as a base. It can then be turned into crunchy pici con le briciole by adding breadcrumbs, slathered with meat ragu or drenched in garlicky tomato sauce. Take things up a gear at the restaurant attached to Fattoria Le Capezzine, itself part of the vast Avignonesi winery. Organic is the keyword here, with menus featuring produce from the farm, including uber-fresh veggies plucked from the garden – accompanied by Avignonesi wine, of course.

Drive out to the Lucciola Bella Nature Reserve 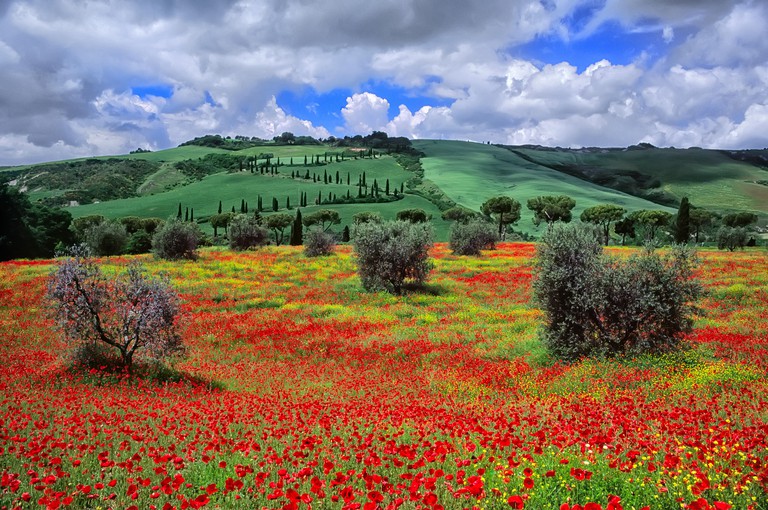 Take a trip out to the Unesco-protected Lucciola Bella nature park, around 16km (10mi) south of Montepulciano, to marvel at the sheer variety of the landscape in this southern corner of Tuscany. Rugged, desert-like pockets and jagged cliffs give a snapshot of Italy at its rawest, but wander a little further and you’ll find yourself among rolling green hills and meadows dotted with colourful wildflowers. Add to that the fact that the nature reserve is an important habitat for all kinds of wildlife – including unusual bird species like the Eurasian stone-curlew – and you’ve got yourself a superb day trip. 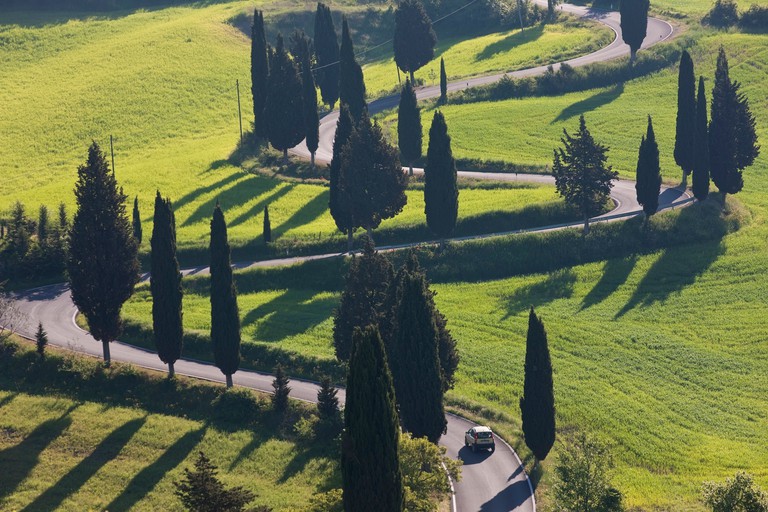 Step back in time with a visit to this charming village. Medieval architecture is everywhere you turn, lining the narrow, unevenly paved streets and stone staircases between them. For the full experience, hike to Monticchiello from Montepulciano, on a well-trodden route that takes under two hours and provides rural scenery of vineyards, olive groves and farmland the whole way. 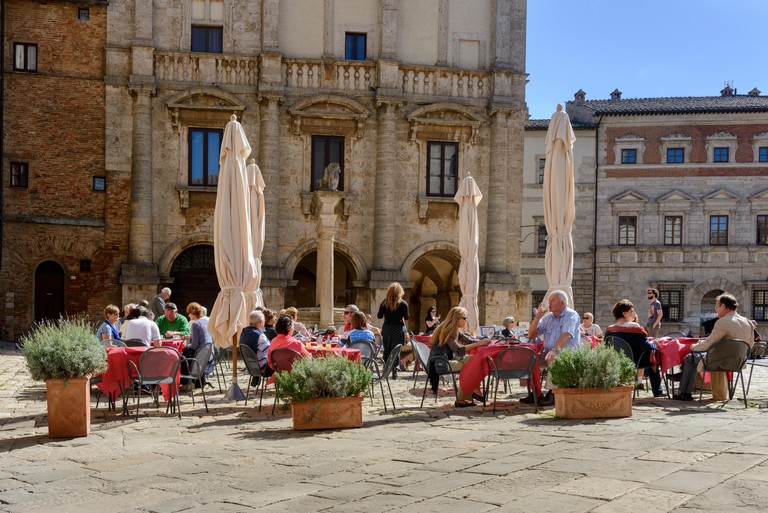 To truly appreciate the wine in Tuscany, you need to do more than just taste it – you need to drink it with the locals, in their favourite neighbourhood watering holes. When it comes to wine bars, the gently stylish E Lucevan le Stelle has a wide range of Tuscan tipples, accompanied by live jazz and occasional art exhibitions. Opificio 16 is set up for watching the world go by from its busy pavement terrace and you can nibble bruschetta as you sip your wine. There are also cocktails and local beers on offer, if you’ve exhausted your thirst for vino.