The Best Restaurants in the Tuscan Hilltop Town of Pienza, Italy 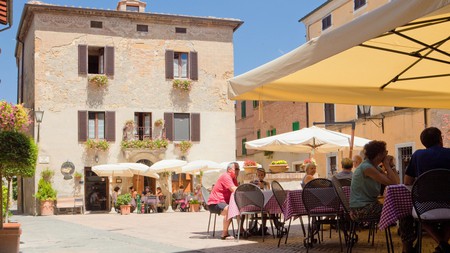 Tuscany in Italy tops the list for food-focused travellers, and these authentic places to eat provide reason to pause for bowls of truffle-laced pasta paired with rich regional wine.

Sitting out on a terrace or balcony in the Tuscan hill town of Pienza, it’s hard to concentrate on the food and drink in front of you. Not because it’s anything less than fabulous but because the views from this Unesco-level pretty, historic base are staggering: imagine undulating fields and pockets of forest in every shade of green, lined by cypress trees and backed by misty hills in the distance. Pienza sits in the Val d’Orcia, the prettiest bit of Tuscany, and the restaurants here dish up some delicious homegrown produce. Try one of these dining spots for a quality meal.

This sprawling, 15th-century monastery has wood-beamed dining rooms, white-clothed tables set under its cloisters, and a glam terrace facing views down to the valley. It’s a place to see and be seen rather than the absolute last word in cuisine, but the food is pretty great: think ruby-red beef tartare with chicory and parmesan cream or pecorino tortellini with saffron and asparagus. Sit out on the terrace with a pale Provence rosé to blend in with the stylish crowd. 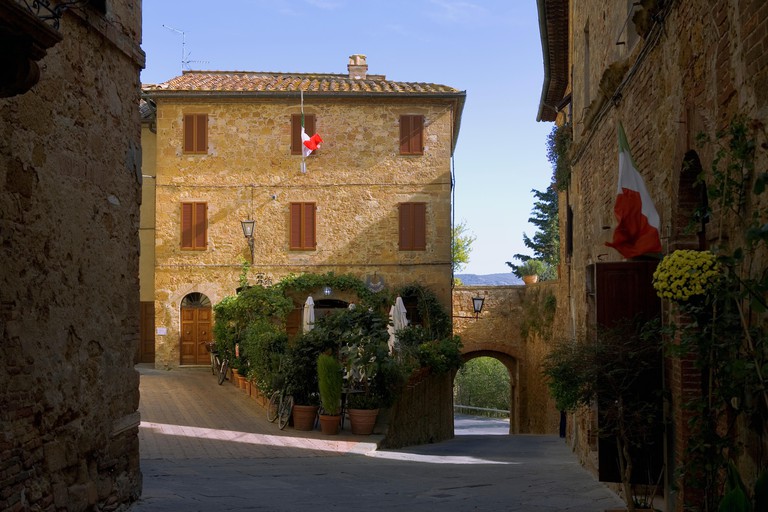 A sizable chunk of the movie The English Patient (1996) was filmed here in Pienza, and Latte di Luna frequently hosted cast and crew fueling up in between takes. With just a handful of tables on its pretty, flower-trimmed patio, it’s decidedly un-Hollywood, but the bowls of fat, buttery pappardelle (wide, long noodles) topped with truffle shavings speak for themselves. Try the crunchy, caramelised pork with its layer of crackling or the peppery cacio e pepe (cheese and pepper) spaghetti. This is simple, filling home cooking that’ll put a smile on your face.

Everything is served with photogenic flair at this intimate, stone-clad modern restaurant – be it desserts decanted into mini Kilner jars or tiny volcanoes of pink semifreddo (frozen dessert), topped with whipped cream and crushed pistachios. Stop in for an authentic but fashionable dinner, served by notably smiley, chatty staff. The cavernous interior lined with racks of wine bottles is just as lovely as the checked tablecloths and cream parasols outside, set on a small square. 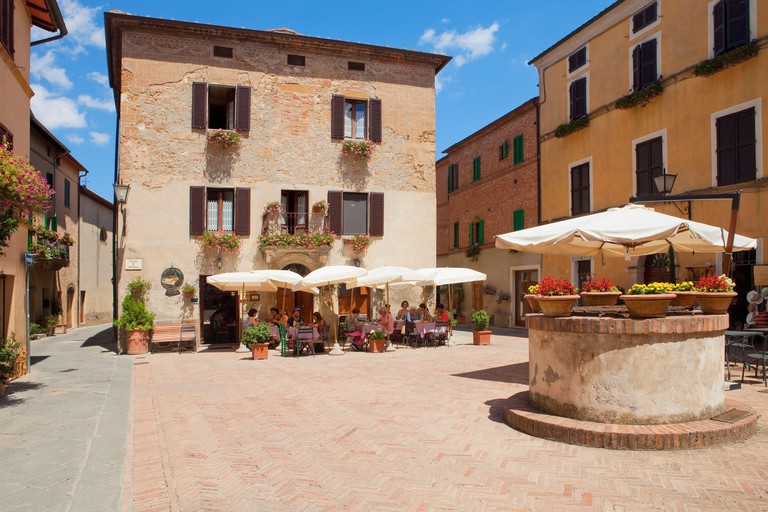 On a breathtaking, flowery square set around an ancient well, this restaurant terrace is one of the prettiest in town. Pull up a metallic chair beneath the geranium-decked balcony and doorway to dig into rustic Tuscan fare: chunky bruschetta with ricotta and grilled onions, say, or charred radicchio in salsa. Wines are affordable, ceramics are hand-painted, and owner Luciano is keen to tell you about the local produce and where it comes from. 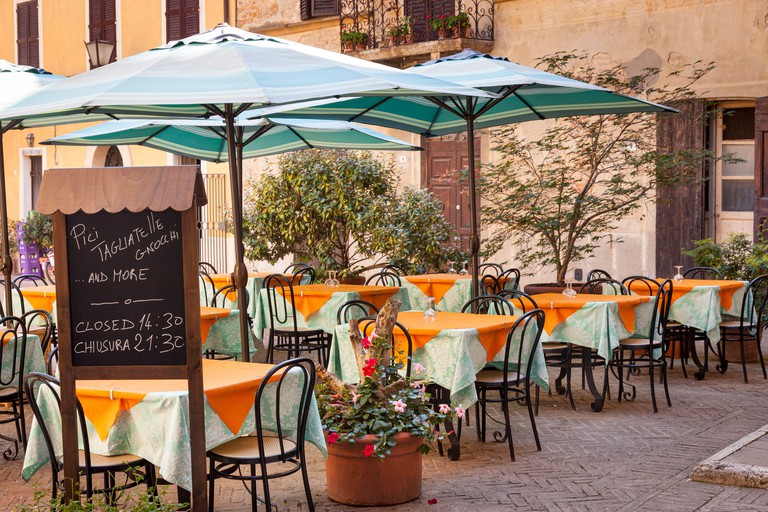 Couples linger late at this upmarket, romantic number on Piazza di Spagna, where plump, fragrant red roses top white-clothed tables and dishes come artfully sprinkled and swirled onto slates or immaculate white trays. Try the lamb, doused in rosemary and local Vino Nobile di Montepulciano, or ricotta tortellini with pears and walnuts. It’s the sort of place where sparkling wine corks are popped frequently and proposals are not uncommon.

There’s an alluring simplicity to this sunshine-yellow dining room, with its zesty green glassware and thick-sliced steaks served on wooden chopping boards. The building was once the stables for the pope’s palazzo; now, visitors flock here to worship hearty pasta, meaty mains and simple regional favourites such as duck ragu. Book as far in advance as you can, as it books up quickly and only fits a dozen or so tables.

Aromatic, slow-stewed wild boar, warm pecorino drizzled with honey, and thick white-bean ribollita soup (Tuscan bread soup) – this is about as trad Tuscan as a menu gets. Splash wine from a carafe to share as host Emilio talks you through it all, bringing out colourful glazed ceramic plates to your red gingham tablecloth. Slightly off the beaten track, it attracts as many foodie locals as curious tourists – and many repeat guests – thanks to its warm, chatty atmosphere.

Vines hang over the old-fashioned lantern and painted wooden sign at this cosy old restaurant, where a farmhouse-feel interior contains brick arches, paintings of Tuscan scenes and ceramic carafes of wine. Tuck into the local pici (fat spaghetti) pasta topped with truffles or porcini mushrooms, or chopping boards overflowing with local cured meats, in a quiet, low-key setting that’s popular with older travellers and families.

Looking for somewhere to stay? Book into one of the best hotels in Pienza with Culture Trip. While in the province of Siena, pay a visit to the eponymous capital; here are all the top reasons to visit, including the best restaurants. Don’t miss the must-visit attractions in Tuscany, and, if you’re planning an overnight trip to Pisa, we know just the places to stay.